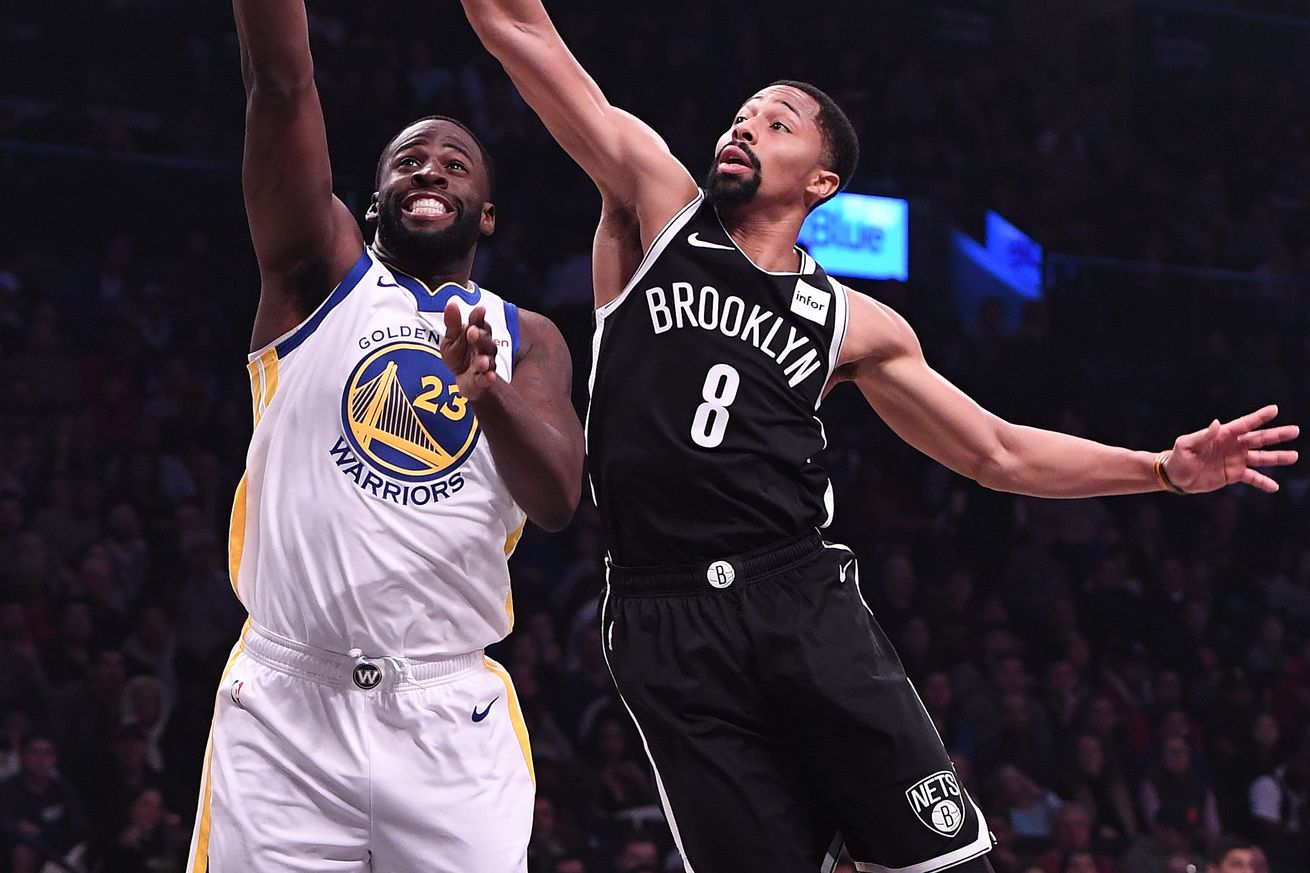 Spencer Dinwiddie has been out in southern California working out and looking good … and more importantly healthy after his COVID-19 experience, saying he’s “perfectly fine.”

He posted videos of himself —in braids— on a court in L.A. where he and everyone from Kevin Durant to Jaylen Hands have been pushing each other…

I’ve been home too long. I got braids and joined the “if you didn’t film it, it didn’t happen” movement #TheProdigalSuperstar

On Friday, he also went on “The Jump” with Rachel Nichols, Kendrick Perkins and Zach Lowe to talk about everything from his health to how he learned about Steve Nash’s hiring to how he perceives his role next season.

In fact, he specifically said he’d like to play like “the Draymond Green, the glue” assuming the Nets follow the “Golden State model” under Steve Nash. Nash of course was a consultant to the Warriors for five years before being signed by the Nets.

Talking about his COVID-19 diagnosis and experience, the 27-year-old said “I’m perfectly fine now and back to hooping and getting in shape, and doing what I love to do.”

When asked, by Perkins, about how he sees his role next season, with a crowded rotation particularly in the backcourt.

“Obviously, we don’t know who’s going to start, who’s coming off the bench, That’s with KD and Kyrie excluded, of course,” he noted. “But really with all of this being formed, I view myself if we’re going with the Golden State model as the Draymond Green, the glue. Sometimes, I get 10 boards, sometimes, I get 10 assists. Sometimes, I score a little bit more because obviously, we have a super dynamic point guard. We also have the greatest scorer of all-time.

“That’s always how I thought about it. I’d be blessed to fill that role this year and try to win a championship.”

Dinwiddie also told the group he saw the news of Nash’s hiring as head coach the same way most people did, from Twitter. He joked that once Adrian Wojnarowski reports news, “it’s law.”

“I wasn’t really involved in those conversations, obviously I’m thrilled that he is (our coach) he said.

“Obviously, I’m thrilled that he is [our coach]. His basketball acumen is second to none. Multi-time MVP, one of the greatest point guards of all time, somebody that you can learn a ton from. And being in the position that I’m in, he also the kinda career where he played some of his best basketball late. So, just a career-arc and career path that I would love to follow. So it’s a match made in heaven for me, personally.

“I think for our team, it’s great. He has a great relationship with KD (Kevin Durant) and Kyrie [Irving], which is extremely important ’cause they’re the guys on our team.”