Nets veteran LaMarcus Aldridge is playing phenomenal basketball and it’s clear that he feels some type of way about not being a starter anymore. Going into the season, the Dallas native only came off the bench 28 times in 15 seasons in the league. According to the New York Post, Aldridge admitted that it’s difficult for him to adjust to this new role.

In fact, it’s “very difficult,” said the veteran. “You’ve been one type of player or a certain type of player your whole career. It’s definitely different coming off the bench and not playing much. So it’s been difficult. … I’m still trying to figure it out and navigate it and find my spots — It’s an ongoing battle. It’s not, you fix it and it’s done. You still have moments where it’s still tough to not be out there at times, and it’s still tough to not start at times. But I came back to win, and I wanted to be here and try to win it all. So, if that’s my role, it is what it is.”

In Monday night’s win over the Cleveland Cavaliers, Aldridge came off the bench and got it going on both ends, which caught head coach Steve Nash’s eye. When the second half started, the team was trailing by 11, so the Nets coach went with Aldridge to start at the five instead of Blake Griffin.

The former San Antonio Spur went on to finish the contest with 21 points and 11 rebounds in 34 minutes. As for Griffin, he only logged nine minutes to score two points. Although it may sound blasphemous with Aldridge is balling, Griffin should remain a starter.

Yes, he’s struggling from behind the arc. And yes, the Nets are just waiting for him to find his rhythm offensively. However, last season the former Oklahoma Sooner averaged 10 PPG on a career-low of seven field goal attempts. In the postseason, he put up 9 PPG while shooting it at a playoff career-high of 53% as a starter.

Back in Detroit, it took the veteran 11 shots per game in his last season to put up 12.3 PPG as one of the primary scoring options. At this point in Griffin’s career, a big part of his offense has come from playing with facilitators like James Harden, Kevin Durant and Kyrie Irving. This is what separates him from Aldridge. The former Spur can get it going offensively no matter who is in the lineup with him because of his ability to score at a high rate in the post.

In order to bring more balance to the team, Aldridge would have to come off the bench and sooner or later Griffin will break out of his slump from downtown (16%). If Aldridge jumps off to a great start similar to Monday’s game against the Cavaliers, Nash could and should do the same thing by starting the former Texas Longhorn for the second half. 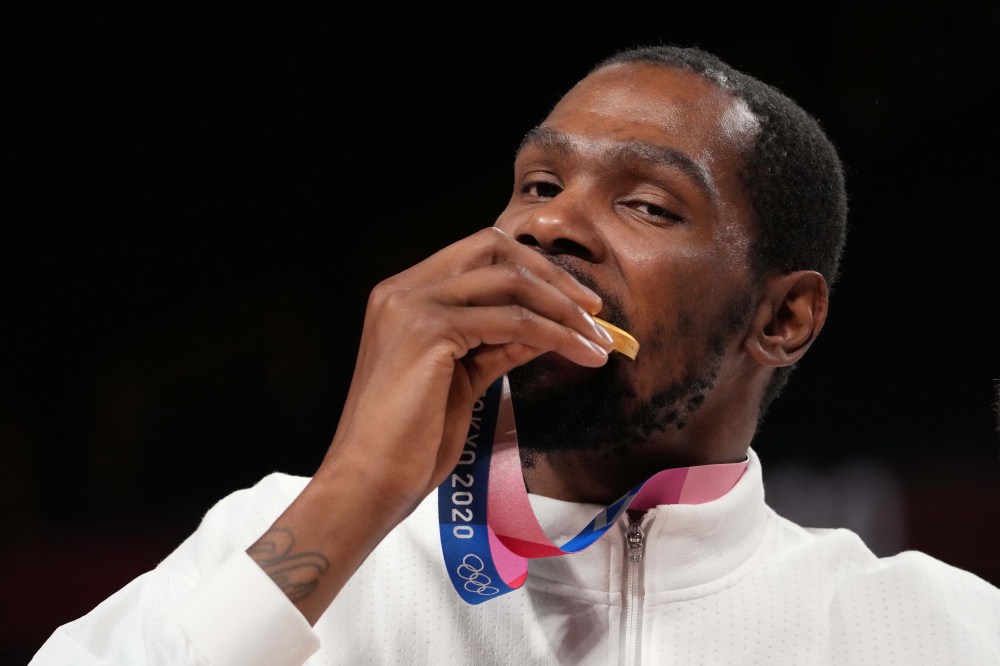