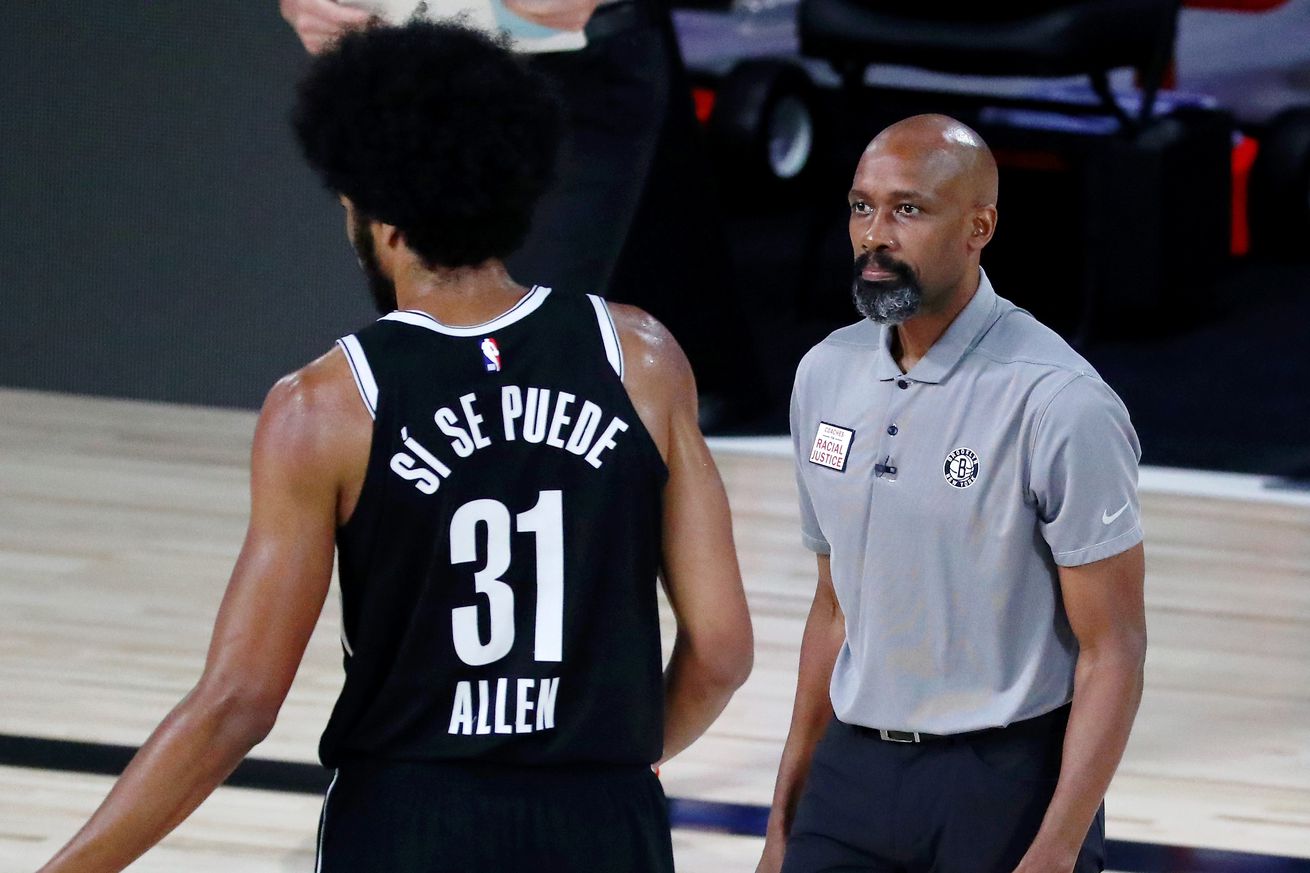 The Nets coaching search is underway. Shams Charania reports that Jacque Vaughn has been formally interviewed for the job and “impressed” ownership. Charania did not say if Vaughn was the first candidate interviewed for job nor did he discuss who specifically interviewed Vaughn, who’s held the job since the Nets dumped Kenny Atkinson in early March.

Amid rumors that the Nets have interest in Gregg Popovich and Tyronn Lue, Charania described Vaughn’s candidacy as “significant.”

Vaughn, who led the Nets to a 5-3 record in the Orlando NBA restart and the seventh seed in the Eastern Conference playoffs, remains a significant candidate in the Nets’ search process and has left a great impression on ownership. Brooklyn identified several targets for the search, and The Athletic reported last week that they had interest in pursuing San Antonio Spurs icon Gregg Popovich. The Nets are believed to be continuing to work through their process even after their interview with Vaughn.

Shams also said the Nets want to keep Vaughn in the organization in “some capacity.”

The Nets appear to want Vaughn back with the franchise in some capacity whether or not he gets the head coaching job — and the momentum around his candidacy has been consistent.

Previously, Shams has reported that the big name in the coaching rumors, Popovich, would not necessarily be treated the same as other candidates. that the Nets can’t conduct a “full-scale head coaching process” while also targeting Popovich.

Nets players have to a man praised Vaughn’s coaching, both during the pandemic, then in the “bubble.” Despite the loss of so many players to injury and illness, the Nets went 5-3 in seeding games before falling to the Raptors, 4-0, in the first round of the playoffs.

Various reports indicate that Joe Tsai wants a broad search for a new coach. Other names being bandied about include Jason Kidd, Mark Jackson, Jeff Van Gundy and Ime Udoka. He is, of course, familiar with Vaughn, but understands as well that this is likely to be THE big decision in his ownership of the team. (He has still a minority owner when the Nets made a “Clean Sweep” back in June of 2019, not taking over for another four months.)

Meanwhile, Steve Lichtenstein suggests that Sean Marks may want someone from the Spurs coaching “tree” like Vaughn or Popovich rather than Lue because “a Lue hiring, in my opinion, would signal a diminishment of Marks’ influence with Tsai.”