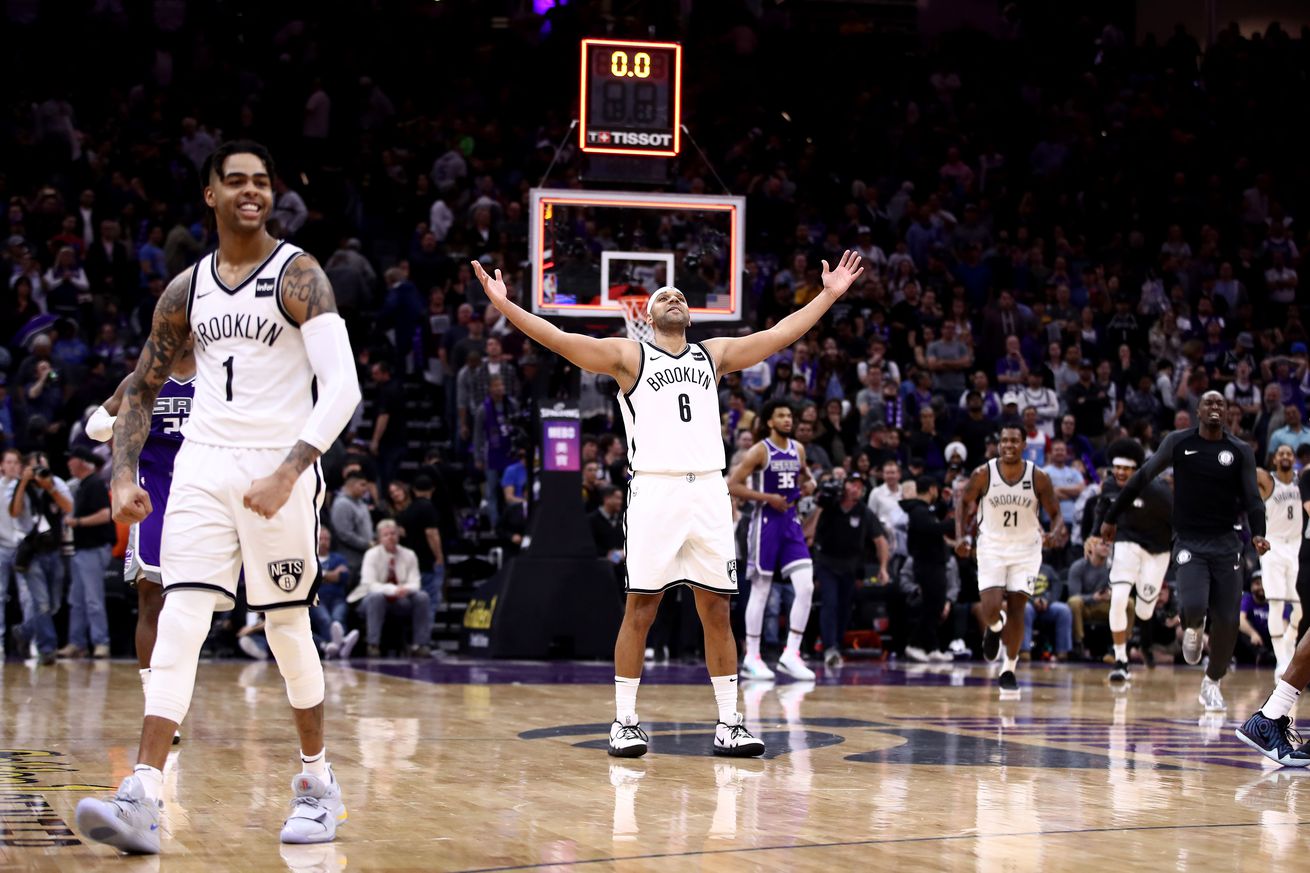 Brian Fleurantin did our official season preview and now as part of his penance, he looks back at how he got some things wrong and some right.

Stay low and build. When Sean Marks and Kenny Atkinson joined the Brooklyn Nets in 2016, the franchise was at a low point. The team was coming off of a non-descript playoff appearance as the eighth seed in 2015 and were short on good young players that had long term potential. Despite those barriers, Marks and Atkinson have gone about rebuilding the franchise and have them in good standing with free agents this summer.

Going into the season, there was an outside chance they’d make the playoffs, but they exceeded expectations and are playing into mid-late April for the first time since 2015. With that in mind, I thought it would be a good time to revisit how I looked at the team going into the year and what’s next for Brooklyn.

Over the summer, I said:

Don’t see them making the playoffs right now. They’ll definitely be better, but I’m not sure if it’ll be enough to get them to the eighth seed. My answer’s probably (ok, more than likely) gonna change in about a month, but I’ll go with 34 wins.

Hmm, I said 34 during our roundtable over the summer, but I’ll bump it up to 38 wins for this season.

*after looking at the W/L column

In my defense, I did increase their win total some! Luckily, one of us on the staff had the win total right…

NI: What good is being a fan if you’re not optimistic?! I am going against all logic and instead diving deep into irrational exuberance. So, 42-40 and the playoffs. That is, I know, a 50 percent improvement in wins. So what? Gotta have faith!

We should listen to Bob more often.

On a more serious note, I think I undersold the resilience of the ball club heading into the season. Having a bunch of guys that have been overlooked, forgotten, discarded, etc by their former teams lends a certain edge and never give up attitude to the team. Even on nights when they looked dead in the water, the Nets would still fight all the way to the end. For a franchise that’s been regaining credibility, having a roster full of grinders goes a long way to instilling a winning culture.

One thing that I saw mentioned was the mediocrity of the Eastern Conference post LeBron James being central to the Nets getting into the playoffs, which Tom Ziller of the mothership explains here:

This isn’t to diminish what the Nets and Magic have accomplished. They should be proud. And the nature of conference imbalance is indeed changing: the top four teams in the East are arguably as good as any team in the West other than Golden State. But we can’t let ourselves ignore that while 41 or 42 wins in the East gets you a No. 6 seed, you need at least 47 to even get into the playoffs in the West. Until the NBA fixes conference imbalance, these heartwarming rises will come with asterisks, at least among those of us who stubbornly care about these weird policy issues a little too much to be considered healthy.

I think this undersells just how much work the Nets did to get themselves out of the hole they dug for themselves early in the season. On December 6th, the Nets were 8-18, “good” for 11th best in the East and fourth worst in the league. Since then, they went 34-22, good (actually good this time!) for 10th best in the league and second best in the Eastern Conference during that time span. It’s not enough to point to the East as the reason for their success. The team overcame a series of injuries (including one of the worst we thought we had ever seen), mind numbing miscues, and shifting expectations to get themselves here. No amount of the East being “substandard” compared to the West will take away from that.

In the big preview, I focused a bit on Russell and how his play would determine where the Nets would wind up. One thing I felt was crucial to Russell and the team’s success was decreasing the amount of turnovers committed. Russell managed to turn the ball over at the lowest rate of his career and got named to his first All Star team. Even beyond the on court improvements, Russell has gone about rebuilding his reputation among fans, teams, and pundits while truly making New York his home. For a player looking to be a long term representative of a franchise, this season has done wonders for DLo.

With the playoffs beginning in Philadelphia this weekend, the Nets have a great chance to make a name for themselves on the national stage against a possible title contender. The Nets should put up a good fight, and if the latest news is any indication, they may have a great chance of pulling off the upset. I WOULD make a prediction, but my track record isn’t the best when it comes to that sort of thing…