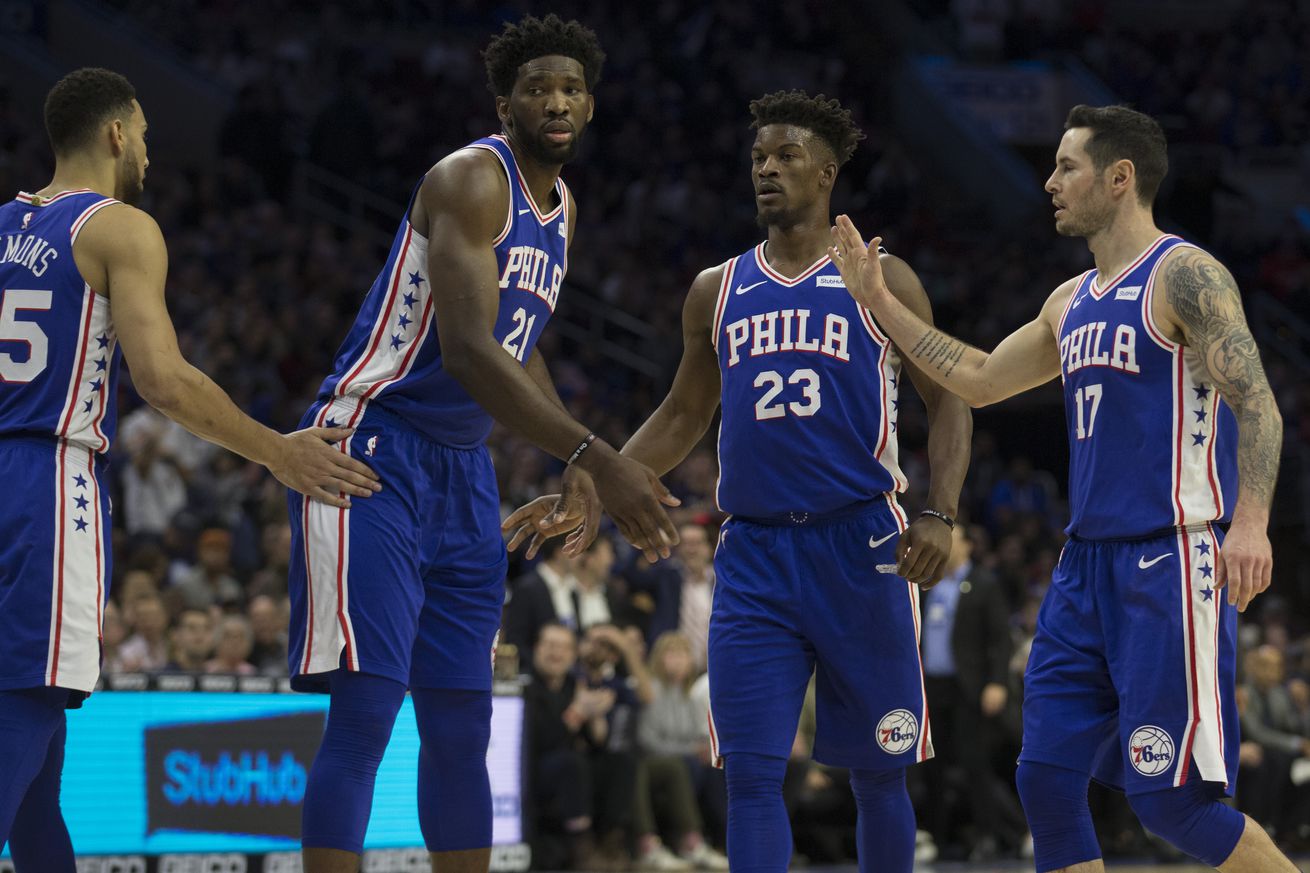 With Game One right around the corner, I thought it would be a good idea to get a feel for how our friends in Philadelphia see this matchup. I had a chance to talk with Jackson Frank of Liberty Ballers, The Step Back, and the Philadelphia division of The Athletic. Here’s our conversation below:

Brian Fleurantin: The news about Joel Embiid possibly not being ready for Game 1 on Saturday afternoon feels like it came out of nowhere. With him being less than 100 percent (or worse), how does that affect how the 76ers will gameplan for Brooklyn? And as a part 2 to that, will the combination of Jonah Bolden and Boban be enough to hold down the Center position while Embiid works his way back to full strength?

Jackson Frank: When Embiid missed eight games immediately after the All-Star game, the Sixers eventually established an offensive identity predicated on mismatch hunting. Anyone and everyone — even TJ McConnell — began setting ball screens to force advantageous switches for Tobias Harris, Jimmy Butler and Ben Simmons. I expect that to be the case if Embiid sits tomorrow. Defensively, the Sixers have never really been able to field any sense of an identity. They rely so much on his rim protection and other guys seem to forget he’s not back there, playing relatively apathetic on-ball defense. Considering Bolden is questionable and Boban is a severely limited, I’d expect Mike Scott to get some run as a small-ball center. But to put it succinctly: no, the Sixers cannot replace Embiid’s defense, even if they’re decently equipped to handle his absence on offense.

BF: There has been so much roster turnover and adjusting of roles throughout the season. How has Brett Brown managed to keep everything running smoothly?

JF: Among the 16 playoff head coaches, Brown’s had one of the most challenging years. He often says he’s coached three different iterations of a team and that’s certainly true. Plus, he’s had to deal with Embiid waffling in and out of the lineup post-All-Star break. There are some gripes — he’s prioritized some veterans of higher-upside young guys, much to the chagrin of many fans — but he’s been flexible with his offense and shown some schematic tweaks on both ends. All things considered, Brown’s done pretty well, when factoring in the roster turnover and the team’s star player missing 18 games.

BF: Jimmy Butler’s been one of the most fascinating players to observe this season. What’s been your impression of how he’s been as a Sixer?

JF: I tweeted this out a few days ago but Butler’s gotten an unfair shake. He’s been pretty good and the Sixers are certainly better with him out there than they were pre-trade. His secondary playmaking and half-court scoring ability — two things the Philadelphia lacked before his arrival — have been welcomed additions. His defense has been frustrating, loafing through screens, gambling off the ball and getting beaten off the dribble. Perhaps he ratchets it up in the playoffs. Anyhow, Butler’s been really good and a lot of the worries surrounding him seem based in his impending free agency. That’s a fair concern but it’s clouded the significant impact he’s provided.

BF: Is there a player on the Nets that you think will create a lot of matchup difficulties for the 76ers?

JF: It’s gotta be Spencer Dinwiddie and D’Angelo Russell, right? Both have torched the Sixers on multiple occasions this season and considering the team’s struggles against skilled ball-handlers and Embiid’s potential absence, they could go off again. Dinwiddie’s downhill scoring, pull-up shooting and drive-and-kick ability seem especially problematic. He’s so darn quick and witty coming around ball screens.

BF: Conversely, which player on the 76ers do you envision having a huge series?

JF: I think any of the starting five could have a big first round, as Brooklyn lacks dynamic defenders. Embiid would be my pick if he plays — he’s dominated the Nets this season — but health remains a question. I think Butler saves himself for one more series. I’ll go with Ben Simmons, who dominated the Miami Heat in last season’s first round and looks to be a significant mismatch. He’ll dominate in transition and punish smaller guys in the post. He looks primed for a big series.

BF: With all of the star power on the team, does this feel like a Finals appearance or bust type of playoff for Philly?

JF: I don’t think it should be that way but Sixers management certainly seems to view it as such. They’ve got the talent to win the conference (not the title, though) but a lack of continuity projects to hold them back. I’ve got them losing to the Milwaukee Bucks in the Eastern Conference Finals. Prior to the year, I thought they were pretty much locked into a second-round out, so two series’ wins would be a very successful season in my eyes. But management doesn’t appear to agree with that sentiment.

BF: And to wrap up, what’s your prediction for this series?

JF: Russell and Dinwiddie should give the Sixers some trouble but this team just has too much talent. Philly in 5. Awesome year for the Nets, nonetheless. Good to see strong cultures and rebuilds rewarded.

Thank you to Jackson and Liberty Ballers for chatting with us. And for more analysis, check out Adam Aaronson’s series preview over at Liberty Ballers. Welcome to the playoffs!