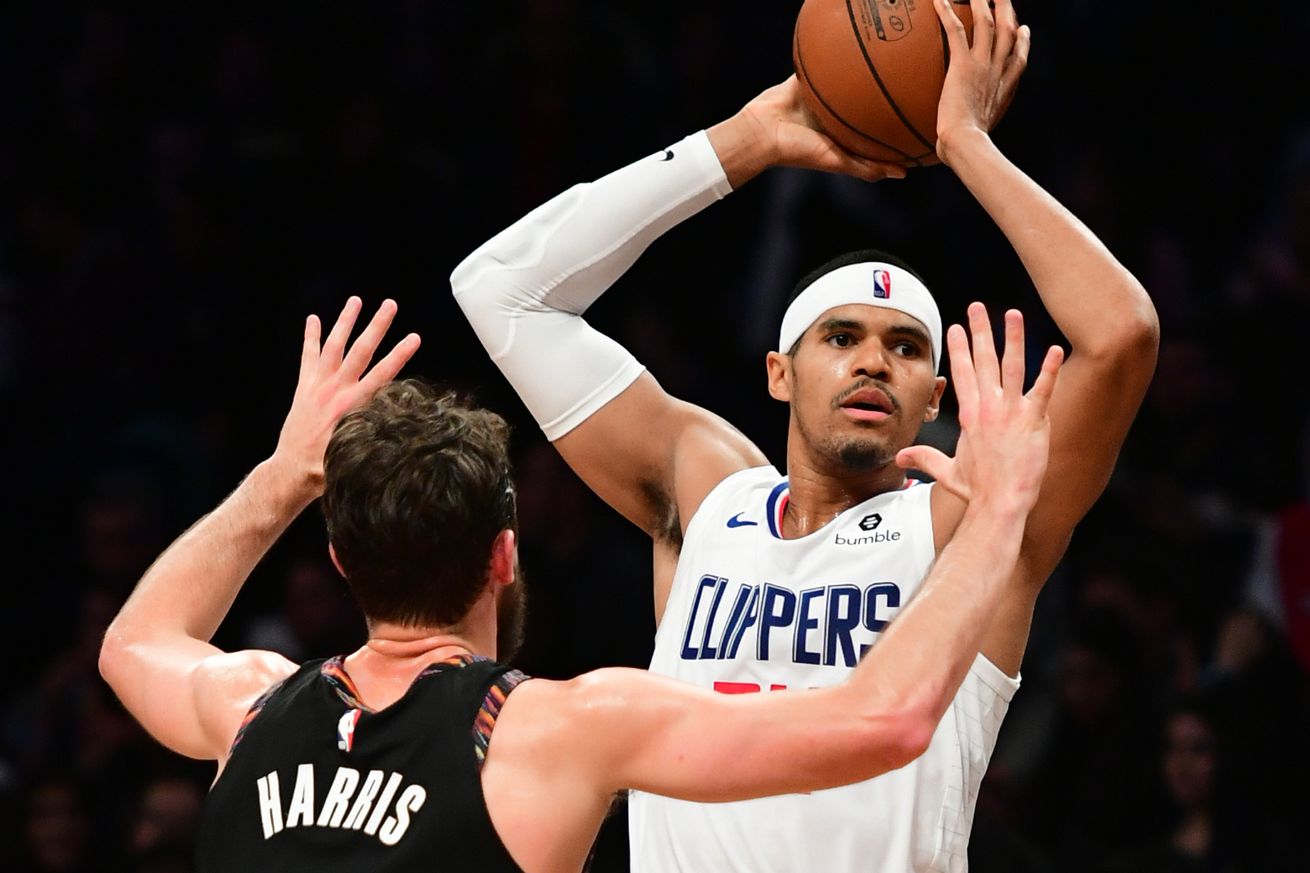 Man, I forgot how good a playoff win feels. If you guys had half as much fun as I did watching Game 1 then we all had a pretty rowdy weekend. The Nets were able to dismantle the Sixers in every fashion in the first game of the opening playoff series, and the entire season of playing hard and having fun and taking threes and driving to the hoop with reckless abandon finally came together on the national stage. Feels good. Feels damn good. I started pacing around in about the second quarter and didn’t sit back down until the final buzzer went off. Nothing beats playoff basketball.

Game 2 will once again be played in Philadelphia, where boos rained down all night long and drenched Sixers players … to the point where Ben Simmons advised them to become Nets fans! Thanks, Ben, but we’re fine. Philly looked frustrated, disjointed, slow, and downright outmatched. It’s unlikely they’ll repeat their 3-of-25 from deep, so the Nets are going to have to make some adjustments of their own if they want to brace a potential Philly bounce back.

For Brooklyn, it’s a big, big game, possibly the biggest since they lost to Atlanta in six games four years ago. A two-game lead and headed back up the Turnpike to Brooklyn? That would be very, very sweet. Let’s get into it.

Allen Crabbe (knee) is out and both Ed Davis (ankle) and Jared Dudley (calf) are questionable.

James Ennis (quad) is out. Joel Embiid’s questionable, but he played in Game 1 after being called doubtful. So, you assume he’ll be ready in Game 2.

The best part about the win is that there are things the Nets can still improve in Game 2. Most obviously, Brooklyn sent Philly to the free throw line 42 times, which is way too many. The Nets looked just a little jittery at the start of the game, and Jarrett Allen was tagged with three very quick fouls. Four different Nets —Allen, Jared Dudley, Ed Davis, and Treveon Graham— all had four fouls in the game. Not great, but also something that can be improved! Once those first game nerves are out of the way, the Nets should be able to play a little less frantic defense and cut down on those fouls, which were basically the only shots keeping the Sixers in the game.

Embiid was able to put up a huge line of 22 points, 15 rebounds, 4 assists, and 5 blocks. The line, however, is a bit deceiving. Anyone watching the game could tell Embiid looked slow and hurt, and if not for his 18 free throw attempts, of which he hit 12, his overall performance would have looked much different. He wasn’t great on defense other than when he parked himself under the rim to block shots because however hurt he might be, he’s still a enormous human being. Embiid was only able to play just 24 minutes, and Boban Marjanovic and Jonah Bolden had to pick up those lost minutes. Boban looked decent offensively, but he’s immobile. Defensively, he is just not going to hold up for an entire series like that.

The only other complaint I have was that the Nets at times looked like they were thinking a little too much, specifically about their shots in the paint. A few too many times we saw Spencer Dinwiddie or Caris LeVert blow past their man, only to be met by either Marjanovic or Embiid at the rim and passed it out to someone else rather than going up and challenging them with a shot. The Nets took half as many free throws as the Sixers and this is part of the reason why. The Cerberus of Dinwiddie, LeVert, and D’Angelo Russell looked great in this one, but an even more aggressive approach might serve the Nets well. Especially if Embiid is still hurting and/or out of shape.

Jimmy Butler played well against the Nets, which was predictable. The guy fights no matter what, and the Nets don’t really have a great body-size matchup for him. He played 38 minutes, scored 36 points, grabbed 9 rebounds, and seemed to be one of the only Sixers truly motivated to win the game. Ben Simmons, JJ Redick, and Tobias Harris all looked lackluster, and Redick even fouled out after being eliminated just once in the regular season. The Nets can’t expect those three to combine for just 18 total points again, but Kenny’s defensive plan obviously had some real grit to it. In the first preview, I noted the lack of a Philly bench unit, and it was a glaring weakness in Game 1.

Without a bench to really fall back on, Philly literally needs their starters to perform as well as possible as long as possible. So far, it’s not working. Before Game 1, the starting unit had played a total of 161 minutes in 10 games all season. No continuity there.

In a game where JJ and Ben and Tobias were off, Philly turned to guys like Mike Scott, TJ McConnell, and Jonathan Simmons who combined to score 11 points. Philly had 26 bench points, Brooklyn had 59. Kenny kept his bench deep, playing guys like Jared Dudley and Treveon Graham, and was rewarded for it with energetic and impactful performances from players who in other situations would be relegated to purely cheerleader roles rather than playoff contributors.

Ed Davis, who at one point landed weirdly on his ankle, was able to come back into the game and help the Nets close it out, which was a relief to say the least. Davis, especially if Embiid is hampered, is the Nets secret weapon in this series. He played 25 minutes, scoring 12 points and grabbing 16 rebounds, the most he’s garnered all year. His size permits him to absorb more contact from Embiid and Marjanovic, and his ability to grab any and all rebounds helped the Nets get out and run a little more in transition, and probably more than Philly expected. He is an absolute monster on the boards, and he’s also mobile enough to guard both centers and also power forwards like Tobias Harris. Davis avoiding an injury on that one play was huge, and he should see some more minutes in this next one.

You’d think Tobias Harris would be the kind of player that might be able to exploit some of the Nets weaknesses, particularly at the 4. Harris is mobile, has touch, strength, and can basically do everything you could want a power forward in today’s NBA to do. He had four points. Is he going to have 4 points again? Probably not, but continuing to contain him will be important. Butler is probably going to average like 40 points per game no matter how this series goes, so keeping the other guys at bay is imperative.

For a different perspective, head on over to Liberty Ballers, our 76ers sister site on SB Nation.