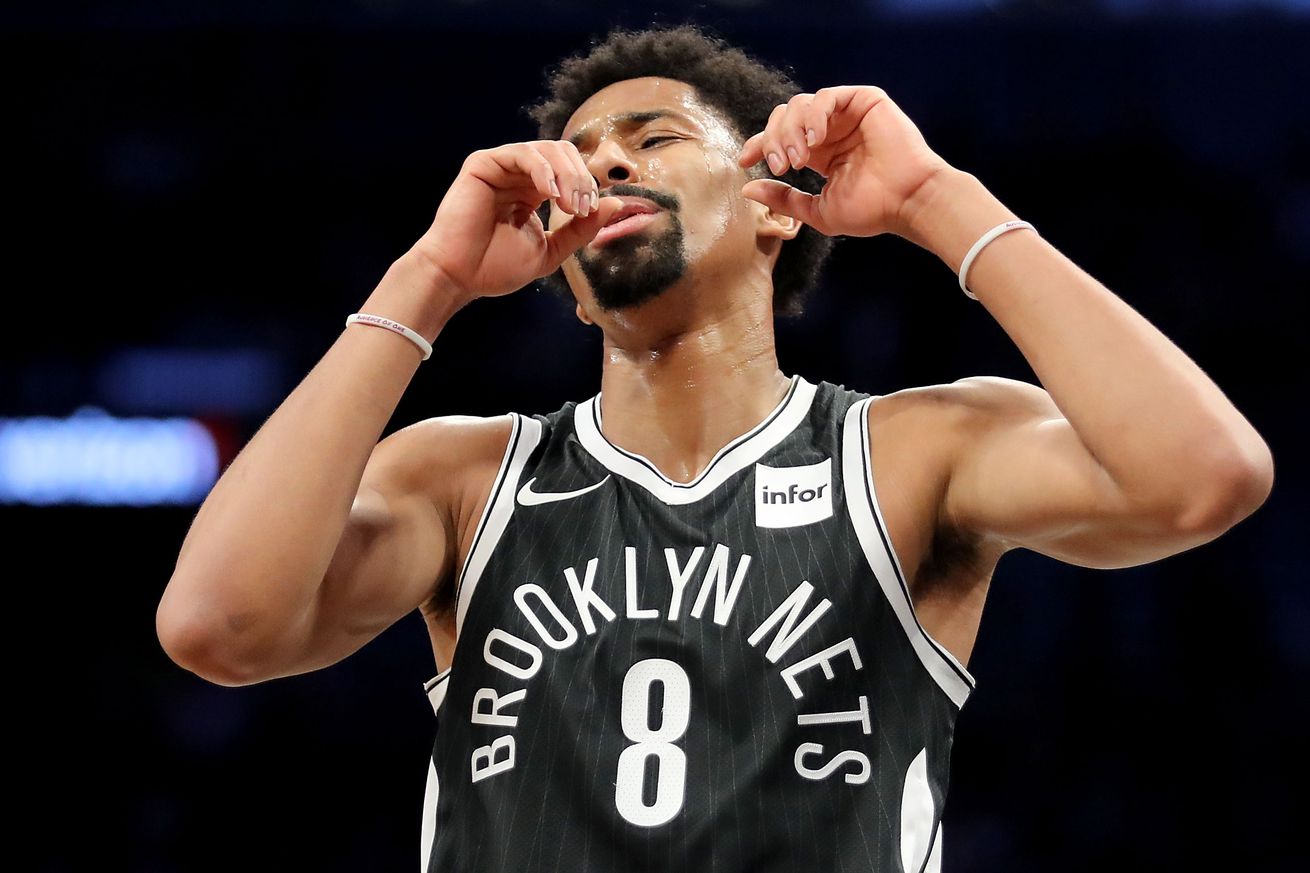 I still cannot believe we’re here. Playoffs. Six Seed. Unreal. The Brooklyn Nets and the Philadelphia 76ers will be playing in the first round of the Eastern Conference Playoffs and we all get to watch it! We get to watch D’Angelo Russell do his thing. We get to watch Kenny Atkinson try and scheme a way to contain Joel Embiid (IF HE PLAYS). We get to watch Ben Simmons refuse to take a three.

The Nets went 2-2 against Philly this season, which is not bad! This series has more potential to be interesting than one against the Raptors or the Bucks, which is why it was so vital the Nets sneaked their way into that sixth seed on the last day of the season. They really might be able to steal some wins here, but in order to do so they’ll have to exploit some of Philly’s flaws while hiding their own. Playoff basketball is a different animal, and we’ll see how Kenny and the Nets adjust. Let’s get into it.

Allen Crabbe (knee) is out.

Embiid offered a troubling (for 76ers fans) assessment of his condition.

“Even within the pain, it is still possible [to play] but whatever I have been feeling the past couple of days has been different. It still hasn’t changed,” he said. “Everything is good on the scans but the pain level hasn’t changed. It got worse.”

The 76ers are absolutely stacked with talent at the top of their roster. Their starting 5 is comprised of Ben Simmons, JJ Reddick, Jimmy Butler, Tobias Harris, and Joel Embiid (IF HE PLAYS). When JJ Reddick is easily your worst starting player, you’re doing something right. The big question? What is up with Joel Embiid’s knee? How bad off is he? If Embiid is out, this series looks a whole lot different and it isn’t hard to see why.

Embiid is a monster, and somehow quietly averaged 27.5 points, 13.6 rebounds, and 1.9 blocks per game this season. He also shot 48/30/80 which, for a center who takes a ton of rangey shots, is kind of impressive. He made 1.2 threes per game this season on 4.1 attempts. He was just kind of overshadowed by Giannis Antetokounmpo and James Harden and even Kawhi Leonard and Paul George, but he was right up there with all of those guys in terms of production. The Nets don’t have a answer for him, because no one else really does either. If he misses even just one game, it would be a perfect opportunity for Brooklyn to pounce.

D’Angelo Russell, Spencer Dinwiddie, and Caris LeVert are sort of perfectly suited for taking on this Sixers team. Dinwiddie in particular has been big, averaging 23.7 points in four games against Philly this season with one of those performances being a career-high 39 points. Ben Simmons is big and talented, but he doesn’t have the agility to stay in front of guys like Russell and Dinwiddie, neither does JJ Redick. Jimmy Butler is probably going to have to slide over and take on one of the guards at the end of games, but that leaves someone else with the advantage against either Simmons or Redick. It’ll be interesting to see how that plays out.

Benches basically don’t matter in the playoffs, but there’s something to be said about the Nets ability to bring Dinwiddie off of the bench during these games. The Sixers sixth best player is who? T.J. McConnell? Not really scared of him, sorry. And if Embiid has to sit out a game or play limited minutes, who’s taking his place? Boban? Greg Monroe? Come on. DLo and Dinwiddie would be drooling at that matchup. The Sixers are an extremely top-heavy team which, if you hadn’t noticed, seems to be the way you win an NBA Finals. It will probably work in the playoffs better than in the regular season. But if there is an advantage, it’s that if any of their top pieces start to falter there really isn’t much to fall back on, which is when Brooklyn can strike.

This series is going to be a fun one no matter what, mostly due to the surprise nature of the Nets being there. We will be seeing our guys on the big stage. So many of these players have been developed through Brooklyn’s system and are now being rewarded with wins and a playoff spot, you can’t ask for anything more (Editors Note: Okay, maybe you can, but let’s take this one game at a time). Presumably, the Nets are going to be good for some time going forward, and this could be the first in a long run of playoff appearances. The first one is always kind of special. There’s a spontaneous quality to it, free from expectations and past performances. It’s new. It’s fun. I cannot wait.

Ben Simmons is such an interesting player. He’s basically the same guy he was in his rookie season, except now it’s year two and everyone was expecting him to get better. He didn’t. He took exactly six threes this year, down from 11 last year, and remains 0-17 for his career. He is big, he is a “point guard” but really a point forward, and I’m not entirely sure what his role is at the end of games. Kenny will likely have a plan for guarding him, and that plan will likely involve daring him to shoot threes, which seems to be a popular way of guarding him throughout the league, and it’ll be interesting to see how he works against the Nets smaller guards on offense. He could make or break the Sixers on any given night.

The BROOKLYN NETS are hosting a VIEWING PARTY for those who can’t make it to Philly and want the camaraderie of their fellow Nets fans.

The party will be held at The Kings Beer Hall, 84 St. Marks Place (off 4th Avenue) in Brooklyn. Festivities start at 2:30 pm., just like the game. No RSVP required. ID, however, is.

Simmons and DLo played on the same high school team, which is cool. DLo is better though.

For a different perspective, head on over to Liberty Ballers, our 76ers sister site on SB Nation.