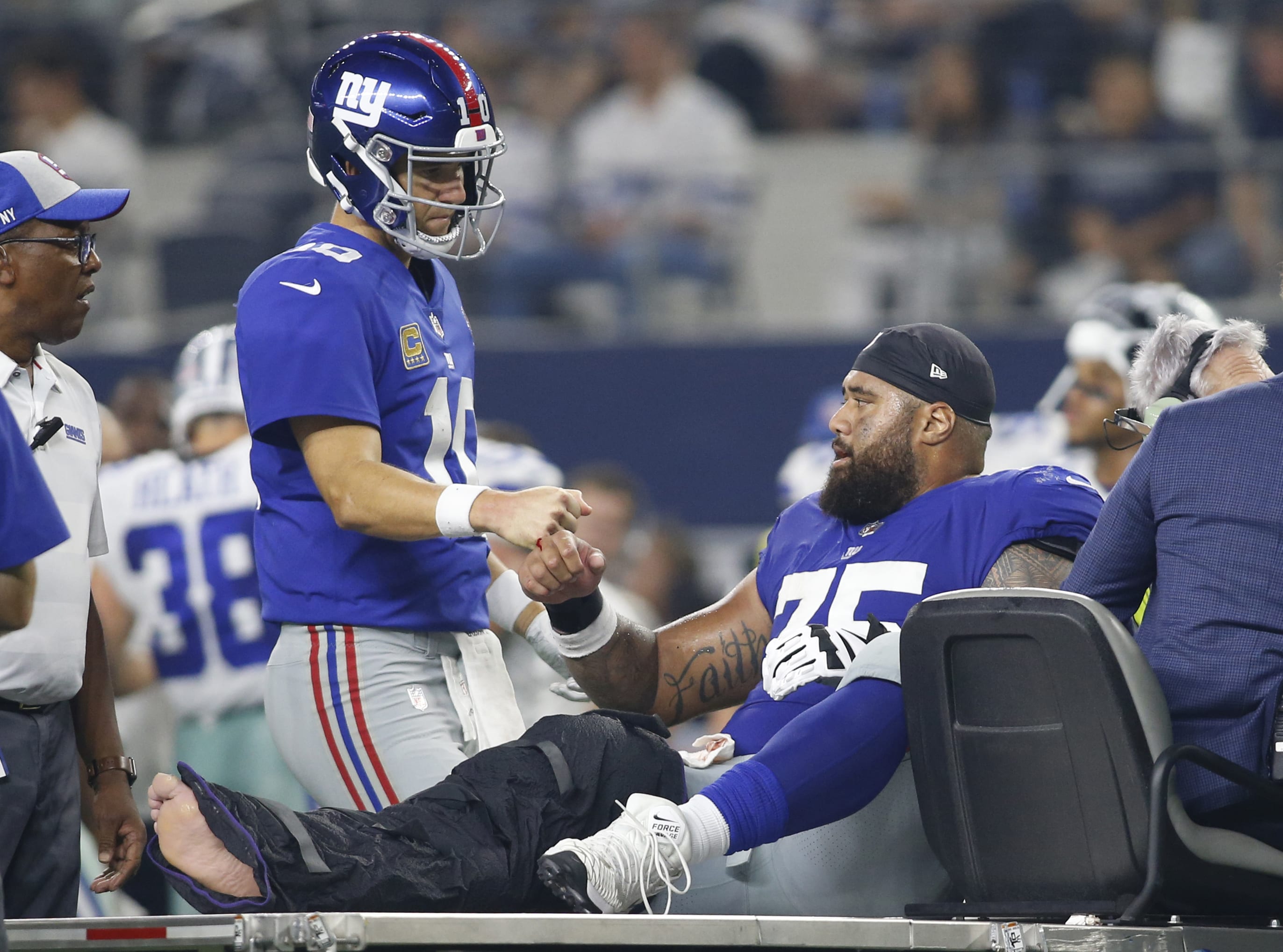 The New York Giants simply can’t give up on center Jon Halapio. After suffering a second consecutive significant injury in 2019, Halapio ended up on the free-agent market.

Nonetheless, the Giants brought him out on Tuesday and signed him back to the roster to compete at the center spot. While Nick Gates has been competing for starting reps, Spencer Pulley went down as an injury last week but has since returned to the team and is 100% healthy.

Pulley is historically an average option at center, and Gates hasn’t earned a single live rep in a meaningful game at the position. That shouldn’t constitute confidence within management, and with Halapio starting the past two seasons despite going down with injury, he has essential experience that could be valuable down the road. It is never a bad thing to carry multiple offensive linemen and might be a testament to how Shane Lemieux is looking at center. He might be excelling at guard, and Halapio’s value comes in terms of experience with the Giants and starting reps. Not to mention, he is incredibly cheap.

Another reason for Halapio’s signing would be Pulley’s cap hit. If the Giants release him, they would save $2.75 million in cap space, and with Halapio likely rejoining the team on a cheap deal, any additional savings are beneficial.

The Giants also signed S/CB Logan Ryan on Monday afternoon, bolstering the secondary significantly. With the CB2 position lacking talent, Ryan can provide value there and also fill in at free safety if need be. His versatility is exciting, and head coach Joe Judge mentioned how they will use him differently on a weekly basis.

In addition, the Giants also released tackle Jackson Dennis and Jaquarius Landrews, defensive back. These are two players who are relatively unknown, so they shouldn’t have a significant impact leaving the team. With more cuts just around the corner, we can begin to hold our breath for better players that are contract liabilities.

While the Giants don’t have a significant amount of veterans who hold high cap-hits anymore, there’s always some surprise cuts on a yearly basis. Nonetheless, I believe most of them will be young players and undrafted free agents.