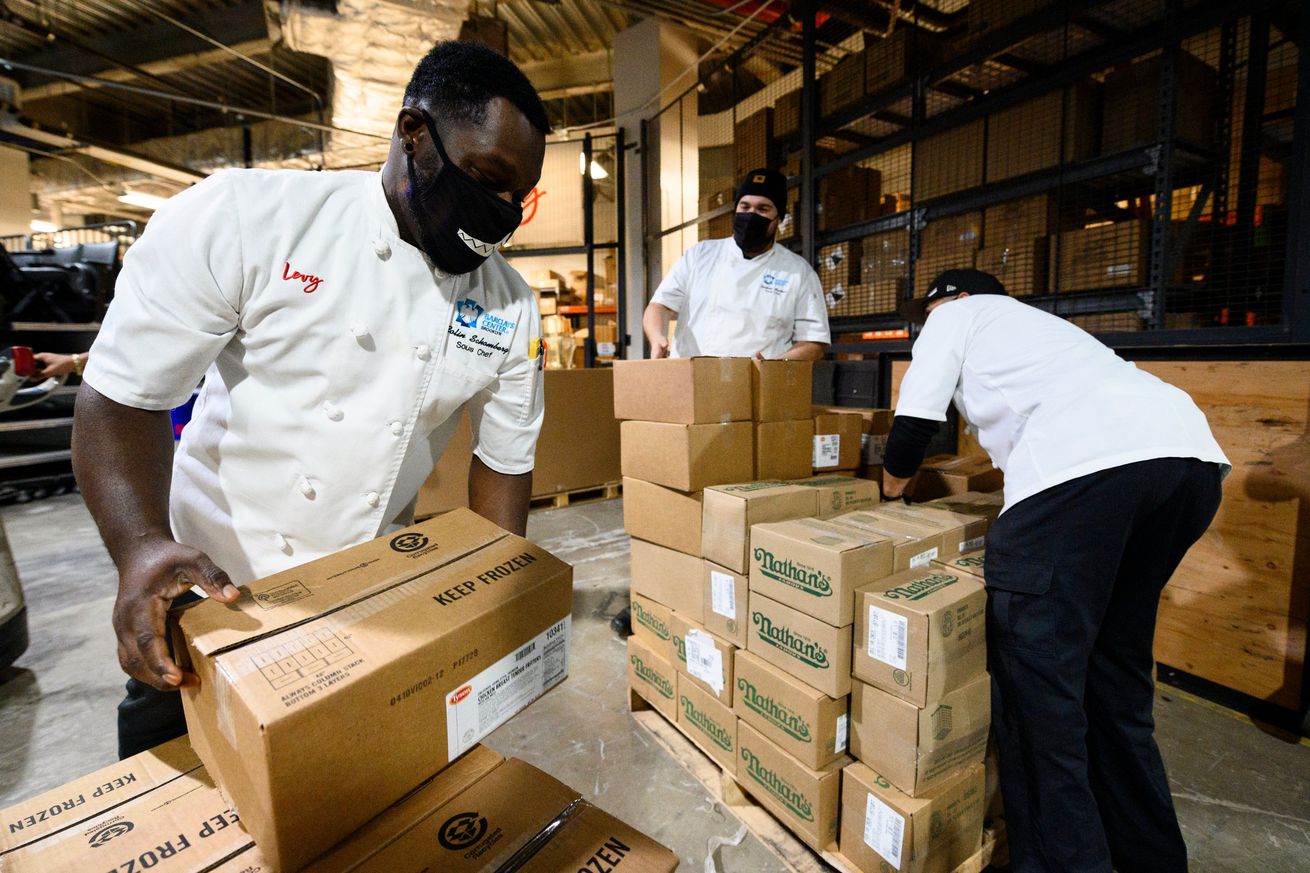 On Saturday night, the Nets tweeted out news of their latest charitable move… this time, the gift of seven tons of food from Barclays Center to three of the city’s most prominent food security organizations…

This week we donated 14,000 pounds of food from our arena to City Harvest, Food Bank for New York City, and The Campaign Against Hunger. Since the beginning of the pandemic, we have been honored to work beside these organizations and together feed more than 30,000 New Yorkers. pic.twitter.com/5PxAflXNKs

Earlier Saturday, Marc Berman of the Post noted the donation in a round-up of “bubble” news…

Hats off to Nets owner Joe Tsai. Without any events at which to sell them, Barclays Center donated 14,000 pounds of food Thursday from its arena to City Harvest, Food Bank for New York City and The Campaign Against Hunger. During the pandemic, the Nets helped feed 30,000 New Yorkers in need.

This is the second time the Nets have distributed tons of food to the city’s food security organizations. Back in March, Barclays Center donated five tons of food from the arena to City Harvest, the city’s biggest food bank working with the arena’s food and beverage partner Levy Restaurants.

Beyond that, BSE Global, the Nets and Barclays Center, has opened the atrium of the arena at Flatbush and Atlantic avenues four times for pop-up food pantries. As Brooklyn’s most trafficked mass transit hub, people can walk out of the station and into line for food and other essentials.

Of course, Spencer Dinwiddie and DeAndre Jordan have also provided hundreds of thousands of dollars in food products as well,

All told, the value of Tsai’s donations to American coronavirus efforts around the country — in New York, San Diego and Detroit — exceeds $10 million and includes 2,000 ventilators, 3.4 million masks —both KN95 respirators and surgical masks— as well as 400,000 medical goggles. The Nets and the Tsai’s family foundation also provided almost $4 million to relief efforts in China.