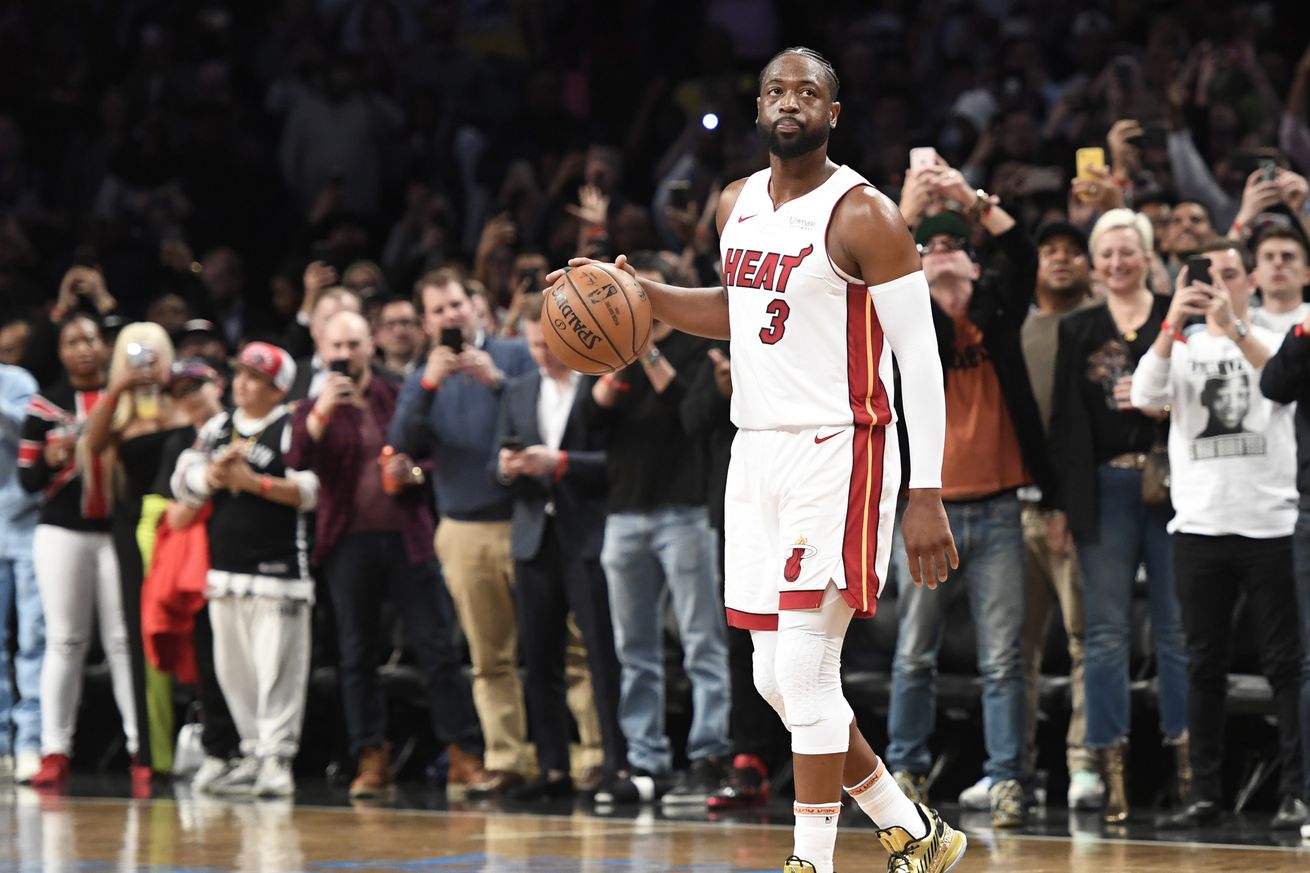 The two-traded jerseys and publicly exchanged pleasantries earlier this season. And for someone like Russell, who was seven years old during the 2003 NBA Draft, it was a moment.

“(I have) special memories for sure,” Russell offered Tuesday regarding Wade. “Getting an opportunity to share Kobe (Bryant’s) last game (in Los Angeles), getting an opportunity to get on the floor with D-Wade in his last game. I think that’s definitely an accomplishment and something I’m grateful to be a part of. Just enjoying his whole grind and the success he has throughout his career. He’s paved the way for a lot of players.

“When you’re young and you’re watching these guys you think they’re going to be around forever. And then when they’re on the way out you don’t know how to take it. I think he’s done it the right way and I’m beyond excited to watch it and enjoy what he has left to bring to the game.”

Kenny Atkinson, who’s been an NBA coach for much of Wade’s NBA career, perked up when discussing Wade, too. He also insisted to forget that he’s a coach in this instance.

”As a fan, being a fan – forget Kenny Atkinson the coach – (Wade is) one of my favorite players of all time to watch,” said the third-year head coach. “Changed the game as a two-guard. I think of his defense and his shot-blocking. All-time leading shot-blocker for a guard, which is amazing.

April 12 will also mark 10 years since D-Wade dropped 55 against the Knicks to close out the 2008-09 season. Atkinson as in his first season as an assistant coach with New York, and thus, on the recipient of Wade’s double-nickel.

”Those great Miami teams,” Atkinson reflected. “I was with the Knicks, who were competing with them all the time. It really impacted you, how his athleticism just really stood out. And then his instincts. he just had an extra instinct that most guys don’t have; anticipating a steal, anticipating a block, anticipating a guy messing up on defense and him taking advantage. Great, great, great player. I think it’s cool that we get to see him this last game.”

And for Joe Harris, who entered the league in 2014, Wade was a role model. He expressed gratitude from one shooting guard to another.

“Oh I think it’s been amazing obviously,” said the NBA’s three-point shooting king. “What he’s done for the game, for the league he deserves every bit of recognition that he’s gotten. I’m hoping we do something special for him to send him off the right way this last game.

“It’s pretty amazing just to see even the stuff with Dirk earlier in the year; that was pretty cool as well. Those are guys that a lot of us have grown up watching and to be on the court with them at the same time when they’re kind of having their last hurrah or their final dance is pretty sweet, pretty special,” he continued, later adding that guys like Wade naturally get young players “a little star struck.”

Russell also called trading jerseys with Wade “big-time,” while adding that he won’t share any advice passed on by the future Hall of Famer, keeping the wisdom confidential.

“I know he has guys before he does it who he had planned on sharing his jersey with and whatnot. So to get the opportunity to do that and share that moment with him is big time and I’ll cherish that forever,” he said.

And on Wednesday night, DLo saw once again what Wade could still do. While Kobe went out with 60 points on 50 shots, Wade showed off a broader game, finishing with a triple-double. A lot to learn there.