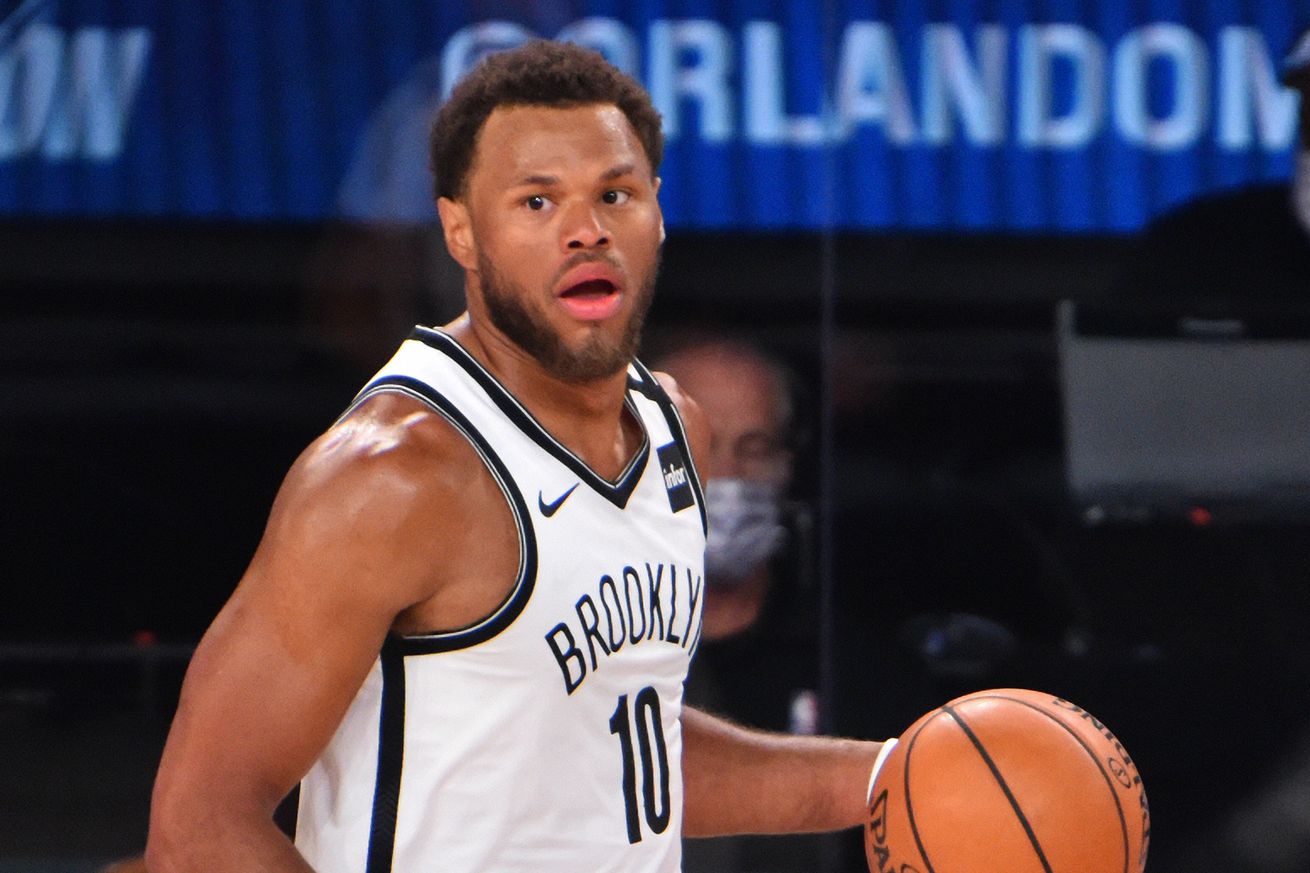 A total of 26 players were under contract at one point or another with the Nets, everyone from Kevin Durant to Donta Hall. Now, of course, Brooklyn’s front office will have to figure out who will go and who will stay.

Among the 21 players who were on the roster at the end of the “bubble” were free agents like Tyler Johnson and Chris Chiozza who are restricted, meaning the Nets can match any offer and keep them to the substitute players like Justin Anderson and Jamal Crawford. They’ve all said they’d like to come back, but unless things change (again), the Nets will only have only 20 training camp slots, then once the season begins, it’s 15 + 2.

In interviews with Alex Schiffer of The Athletic, Chiozza and Anderson have said they’d be happy to return to Brooklyn but note as well that if not, they think their time with the Nets will help them find jobs somewhere in the league. In the meantime, they wait.

“It’s too much going on. The season is still happening, we’re not in true offseason, rules haven’t been made, there’s so many things,”. said Anderson. “Right now for me to even think about that, we talk about that all the time, control what you can control. For me to worry about if I’m going to be on a training camp roster or if I’m going to be on a team is something that I can’t waste my time thinking about right now.”

“I’m pretty certain that I’ll find somewhere. I’m not really trying to think about it too much. I take it day by day,” Chiozza told Schiffer. Just focusing on what I can control. Free agency isn’t something I can control. I’m just going to let everything play out and hope for the best.”

Both said positive things about their seasons — Chiozza noting the Celtics game in Boston when Caris LeVert scored 51 was his favorite moment— and what a good coach now lead assistant Jacque Vaughn is.

“I would just say the confidence he gave me and the trust he had in me. The conversations we had outside of the gym, just talking and picking my mind about basketball stuff and just building a better relationship,” said Chiozza.

“I didn’t have much conversation with him before the bubble; I wasn’t on the team that long, so I think he does a good job of building that relationship pretty fast and putting trust and building confidence in me. He’s very supportive.”

“Coach (Jacque Vaughn) wants to win because he has something to prove. I never really thought that we didn’t have a chance against anybody. I think we showed that,” said Anderson.

Both also liked the idea of playing for Steve Nash and like everyone from Caris LeVert on down, they were surprised.

“I was driving on the road when I heard the news and I remember sitting there and thought about it. I was driving back from Charlottesville and thinking about how the world comes full circle,” noted Anderson. “I remember watching him play with Dirk and I got to play with Dirk and remember how highly he spoke of him and (Nash) wasn’t even around. I’m excited to potentially get the opportunity to work and play for him. It’s one of those guys you play hard for.”

Chiozza thinks Nash, as a true point guard, could help him … if he’s around.

“That was unexpected. I was excited though. He was one of my favorite point guards growing up. I haven’t had a chance to talk to him yet, but hopefully it would be good for me because he was a pass-first point guard and his play style I think I could benefit a lot from learning from him and being in the system. Hopefully I’m around for that.”

In addition to Anderson and Chiozza, Johnson and Crawford, the Nets will also have to decide on substitutes player like Hall and Lance Thomas, Jonathan Martin, who played well in Orlando, is one on a two-year, two-way. Also, will they invite Michael Beasley to training camp. He like eight other Nets tested positive for COVID-19 just before the seeding games opened.

Anderson, one of Joe Harris’ best friends, said as well that he thinks the Nets big free agent is better after having to leave the “bubble” to visit his grandmother who later died.