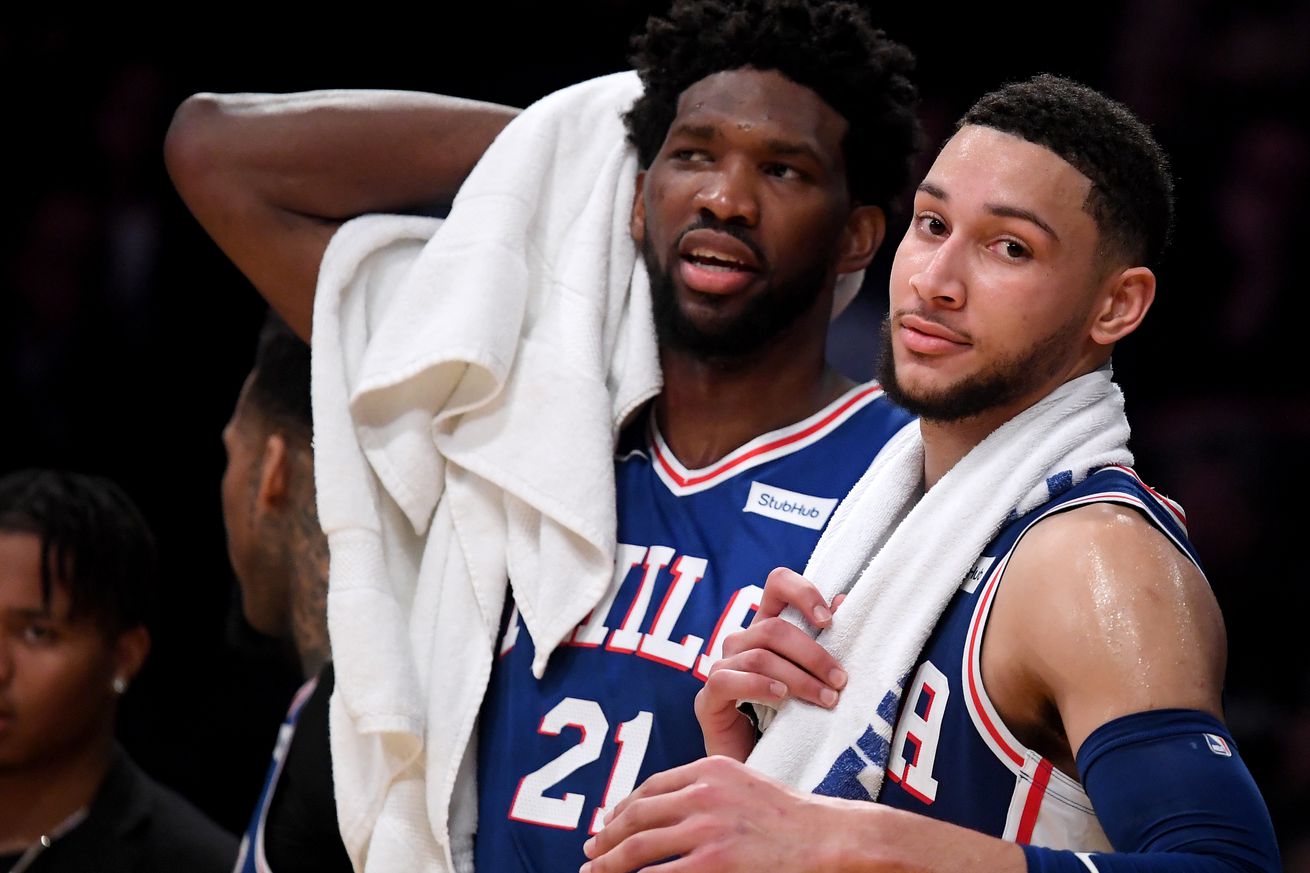 After Wednesday’s practice, Nets players spoke about the flagrant foul — and how Embiid and Ben Simmons laughed off the controversy post-game Monday.

Embiid apologized for the elbow and claimed it wasn’t intentional. Then, he and Simmons started laughing.

Story: Tensions are mounting for the Nets and 76ers after a hard flagrant foul from Joel Embiid and trash talking through the media from Ben Simmons and Rodions Kurucs. What’s next for Game 3 and what adjustments will be made? Answers on @TheAthleticNYC https://t.co/6mNLHQI66K pic.twitter.com/TxaVInZJf3

”I’m not usually humble, that’s why he’s laughing,” Embiid said of Simmons. “But, yeah, I was just trying to be aggressive.”

Jared Dudley, the Nets most experienced player, took the lead in talking about the incident.

“I felt a certain type of way for it just because you’re laughing and someone could have really gotten hurt,” Dudley told reporters. “Now, luckily, Jay did pop up. That’s been Embiid’s personality, but just because it’s your personality doesn’t mean it’s right. So, for us, you can either get even however you want to do it, but the biggest thing for us to get even is winning Game 3.”

Although the physical aspect of the foul was the biggest concern, players also reacted to the immaturity Embiid displayed in the post-game press conference.

“We didn’t really like that,” LeVert said. “We thought that was kind of disrespectful, especially after the elbow he threw. It is what it is. There’s no love lost. It’s a playoff series. We expect that.”

Rodions Kurucs, who himself was called for a flagrant 30 seconds after Embiid’s, described the Philly center’s hit “a dirty play … dirtier than mine, 100 percent … because I didn’t do it on purpose and I saw he did it on purpose. So I feel he was laughing about that.”

Kurucs added, “My reaction is we’ll show them in Game 3 what my reaction is,” Kurucs said. “I’ll just go harder. I’ll go harder, but I have to be a little bit more careful now.”

Some Nets players downplayed the incident.

“Two young guys doing, saying whatever they said in the moment. It is what it is,” Spencer Dinwiddie said. “It’s not something that we can play into, right, because if we get into a physicality match, if [Allen] throws the same elbow and hits Joel, he’s getting ejected. That’s just kind of what it is. We can’t play that game.”

Richard Jefferson, on ESPN, made it clear that the big issue was Embiid’s immaturity. RJ, who won the NBA championship with the Cavaliers three years ago, left little doubt where he stood.

“What I see there is immaturity,” said Jefferson. “The laughing and giggling.”

Jalen Rose agreed with Jefferson, adding the 76ers want to be “front runners” after “winning one game at home.”