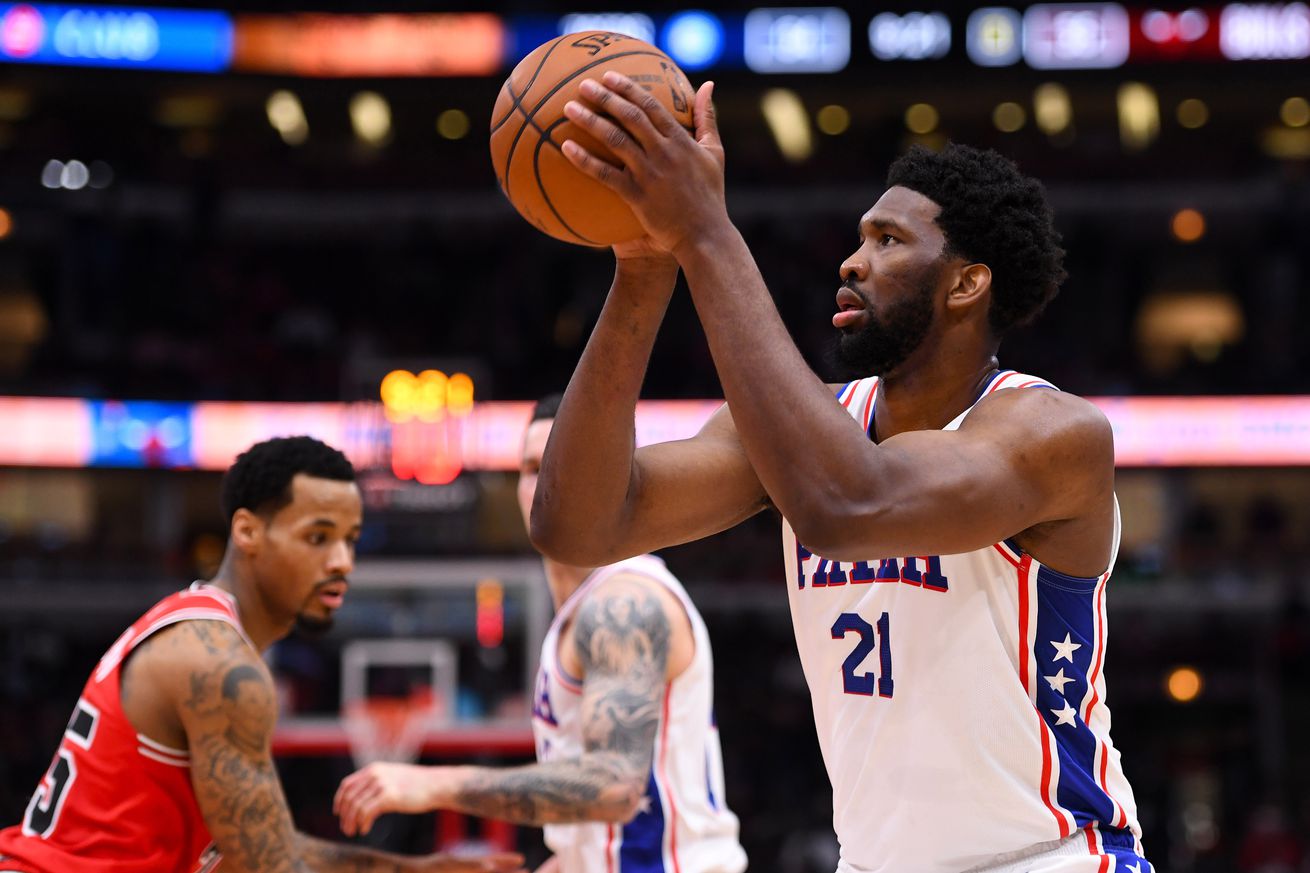 WHAT: The playoffs are here! And the Nets, an incredible story, actually, played their way into the 6th see where they are now up against the top-heavy Philadelphia 76ers team with Joel Embiid and Ben Simmons at the top. Hey, look, the Nets are the underdog, right? But at this point they’ve played all season as an underdog and, well, we’re here – a place that no one expected them to be.

Embiid will make life very difficult for the Nets thin front court and this will be a particular challenge for second year big Jarrett Allen as well as Ed Davis off the bench. Kenny Atkinson has tinkered with putting Jared Dudley or Rondae Hollis-Jefferson on centers at times this season, typically ones that meander around the three-point line more often, but Embiid may simply be too big for Dudley or RHJ. We’ll see if Atkinson tries to change it up with different lineups early in the series to see what can work in stretches if the traditional centers get into trouble.

But Embiid can beat you in so many different ways. He has the ability to pull it from three with ease, and handle the ball moving downhill. Allen has a tendency to come down the court and start in the paint on defensive end, but that scouting report has to (and I expect will) recognize Embiid’s tendencies now that it is the postseason. The Nets like to push the pace, and while the postseason may lean towards a slower game, the Nets can’t get burned like this below clip in the semi transition by the biggest man on the floor.

Embiid is a monster, and somehow quietly averaged 27.5 points, 13.6 rebounds, and 1.9 blocks per game this season. He also shot 48/30/80 which, for a center who takes a ton of rangey shots, is kind of impressive. He made 1.2 threes per game this season on 4.1 attempts. He was just kind of overshadowed by Giannis Antetokounmpo and James Harden and even Kawhi Leonard and Paul George, but he was right up there with all of those guys in terms of production. The Nets don’t have a answer for him, because no one else really does either. If he misses even just one game, it would be a perfect opportunity for Brooklyn to pounce.

D’Angelo Russell, Spencer Dinwiddie, and Caris LeVert are sort of perfectly suited for taking on this Sixers team. Dinwiddie in particular has been big, averaging 23.7 points in four games against Philly this season with one of those performances being a career-high 39 points. Ben Simmons is big and talented, but he doesn’t have the agility to stay in front of guys like Russell and Dinwiddie, neither does JJ Redick. Jimmy Butler is probably going to have to slide over and take on one of the guards at the end of games, but that leaves someone else with the advantage against either Simmons or Redick. It’ll be interesting to see how that plays out.

For more on the 76ers, check out: Liberty Ballers

If we were keeping score here, the Sixers would get our first points here. Philadelphia’s starting five (provided Joel Embiid is healthy and ready to go, and I’m not going to open that can of worms right now) is among the league’s best. In fact, let’s compare the expected starting rotations for these two teams based on a few factors. First, here’s what I expect to see as the lineup:

Now, a few things to note here real quick: Not counting the season’s final game against Miami where both Carroll and Harris were held out, this has been Brooklyn’s starting lineup only since March 22nd. Before that, the team started Caris LeVert in place of Carroll, and before that…well, injuries complicated a lot of things, but guys like Treveon Graham have seen extended run in the starting unit at different points. You can best describe the team’s approach to who starts as maybe not that important overall since the team boasts a strong bench and everything, but let’s look a little at what these particular lineups have done this year.