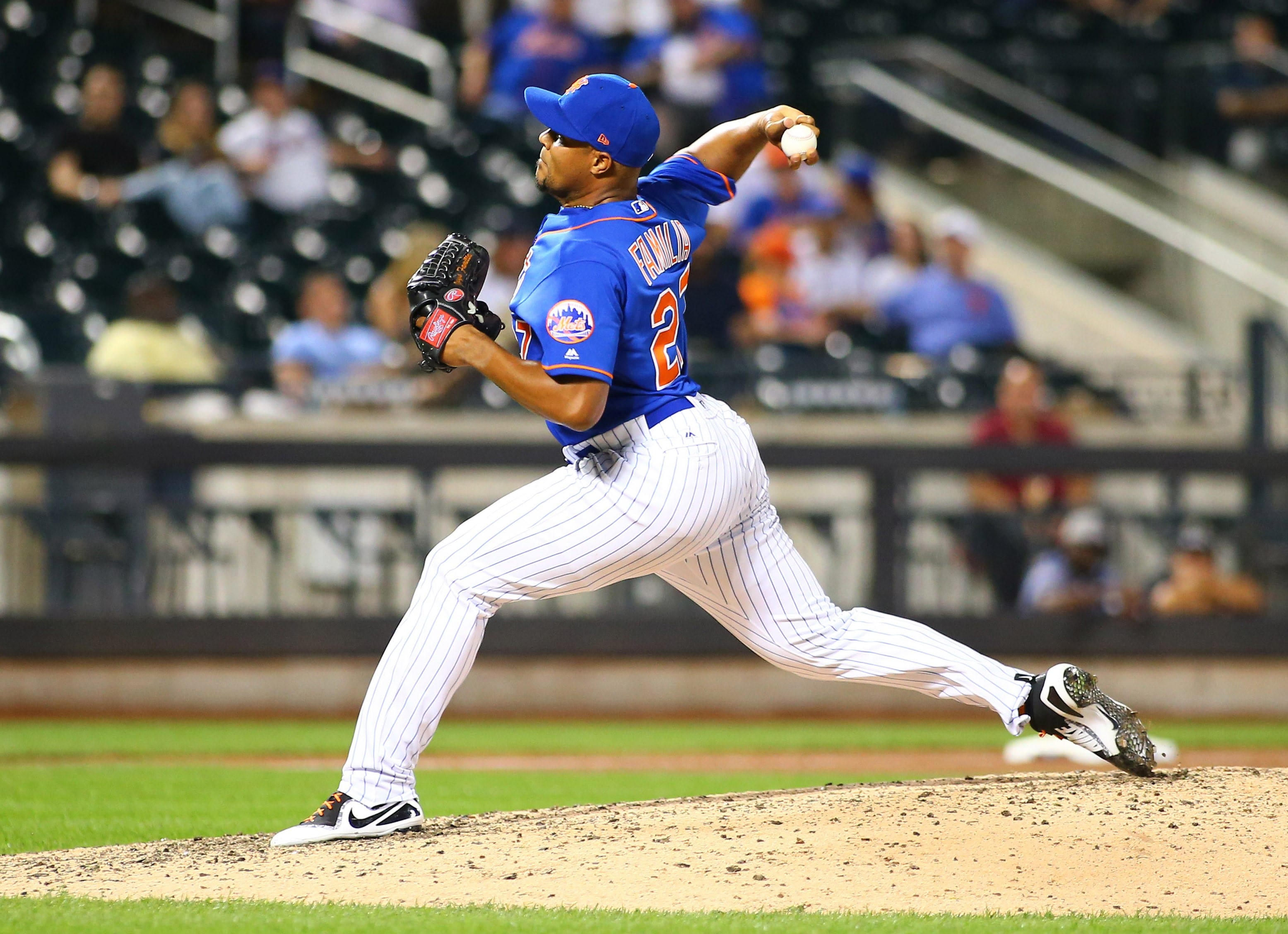 What the hell just happened?

The New York Mets survived the final game of their three-game series against the Philadelphia Phillies thanks to the convenience of instant replay. Rhys Hoskins seemed to rip out the hearts over every Mets fan with a three-run game-tying home run off Edwin Diaz in the ninth.

Thanks to the wonders of instant replay, Hoskins hit the tippy-top of the fence, which changed his home run to a double. Unfortunately, Diaz had to leave the game with an undisclosed injury. Jeurys Familia came in with ice in his veins to strike out Bryce Harper and allow the Mets to crawl away with a victory.

Split the gap, clear the bases.

On the offensive side for the Mets, Jose Alvarado made a horrible mistake by waking up a sleeping giant on Friday. Donnie Stevenson was born and has led the Mets to two victories against the Philadelphia Phillies.

Before diving into Alvarado’s lack of control, who would have thought Kevin Pillar and Jonathan Villar would begin a Mets comeback? In the eighth, Pillar brought the Mets within a run with his home run against Brandon Kintzler. Villar found just enough space to record a single up the middle, then wreaked havoc on the bases.

Bullpen Issues on Both Sides

Kintzler spent plenty of time occupied with Villar’s speed over the next two batters. With Villar on the move, Jose Peraza lined a single, and it banged right off the first baseman Hoskins glove. If Hoskins snagged it, the Phillies get a double play to end the inning, but it kept the Mets alive. Once Hoskins picked up the ball to make matters worse, he lobbed it back to the infield, and aggressive baserunning from Villar caught the Phils napping to tie the game.

Revenge is a dish best served cold, and the Mets handed a frozen platter to Alvarado. After allowing a first-pitch single, Alvarado walked Francisco Lindor and Michael Conforto consecutively to give the Mets a 5-4 lead. Phillies manager Joe Girardi turned the ball over to David Hale, who provided little relief. Pete Alonso blew the door wide open with a bases-clearing double to cap off the rally and give the Mets an 8-4 lead.

David Peterson looked like he would leave his start early after the Phillies were hitting rockets off him. A masterful double play from McNeil and Lindor gave Peterson all the momentum he needed to allow him to survive. Peterson did more than survive by getting through five innings, holding the Phils to just one run, and recording eight strikeouts.

For both team’s bullpens, making it out alive was the name of the game. At first, it looked like Miguel Castro would become the only casualty. Castro allowed a three-run homer to Didi Gregorius in the sixth inning, giving Phillies a 4-2 lead. The bullpen was due to hit a bump in the road. Heading into the night, they had thrown 18 consecutive scoreless innings.

Manager Luis Rojas managed the game very well until he decided to use Diaz when he did not need to. Rojas easily could have turned to Familia, Sean Reid-Foley, or Robert Gsellman with Diaz as an insurance policy. It was evident from a four-pitch walk that Diaz would not be at his best and resulted in suffering an injury.

Somehow the Mets are 11-11 and back to a tie for first place in the NL East. They will head to St. Louis to face the Cardinals for a four-game series starting on Monday. Even though it was ugly, the Mets needed to get a couple of wins on the board and hope to carry their momentum on the rest of the road trip.