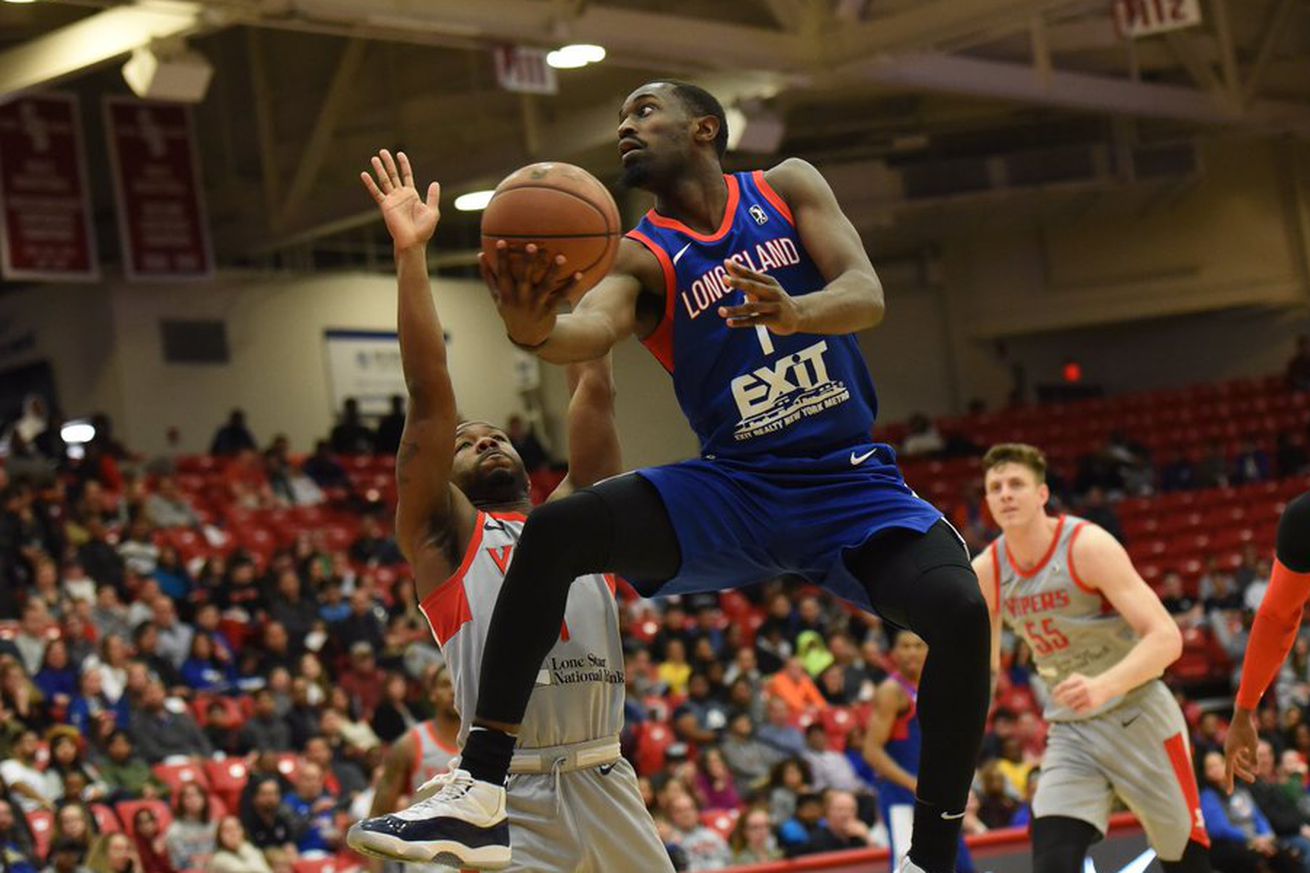 The Rio Grande Valley Vipers defeated Long Island in Game 3 of the G League Finals at the Island Federal Arena on the Stony Brook University campus. The final score: 129-112. It was the Vipers record third G League title, having won the previous two in 2010 and 2013.

Long Island went down early and never recovered, with the Vipers lead climbing to more than 30 in the third quarter. The Nets had won Game 1 handily at Island Federal before losing Game 2 in Edinburg, Texas.

Coach Will Weaver, whose new job will take him to Sydney, Australia, took the long view after the loss.

“That was easily the best crowd of the year,” Weaver told reporters. “Obviously, people started to show up after we won a bunch of games. I am hopeful that, as a building block, we went from 800 people to start the year to crowds of three, four thousand people.

“Even though, I won’t be involved anymore (he’s the new coach of the Sydney Kings), it’s obvious that there’s things worth cheering for and things worth watching and I’m hopeful that people engage the same way at the end of the season with the next crop because that will be special where this thing can go.”

Theo Pinson also focused on the positive aspects of the season.

“I can’t speak for them but I think honestly, in my opinion, we had a good group where every single day was funny and ever single day was something new,” Pinson told NetsDaily. “It was a really fun group. I think later down the road this whole group can get back together. Coaches, players, and think about all the good times we had together and all the struggles. That shows what kind of team we had.”

“Now, I just have to support my teammates and wait till my number is called,” Pinson told NetsDaily. “The thing is going there with an open mind and understand the call needs to be thrown up, play together, play smart, and it will be a great opportunity for us.”

Dzanan Musa told reporters he would try to use the disappointment as a personal motivator.

“For the future, for me, personally this was better,” Musa told reporters. “Use this (loss) as a motivation to grow and to be as big as possible next year.”

Unlike Musa and Pinson, there’s no chance that Williams will get minutes in the Nets post-season. As a two-way, he’s ineligible, but he intends to be on the bench, cheering.

“My impact will be off the court obviously but I want to be there for my teammates and make sure to support them,” Williams told NetsDaily. “They were very big in our playoff run, just coming out to the games, sending texts before games, lending their experience they have, the NBA team, and stuff we can do in the G League so I’m excited for us to go out there and play Philly and we are really going to prepare and lock in and be ready to go.”

Weaver started Pinson, Musa, Williams, Tahjere McCall and Thomas Wimbush for Game 3 but from the beginning, the Nets did not have it.

The Vipers began the game targeting the inside, going to their seven-footer, Isaiah Hartenstein, who was named MVP of the Finals. Rio Grande Valley opened the quarter on a 5-0 scoring run. With 6:53 left in the first, Weaver called his first timeout of the game with his team down 19-11. It wasn’t working.

Long Island struggled to hit their shots midway through the first while the Vipers remained consistent on their offensive end. The Nets started to gain some rhythm in the closing two minutes of the first. Williams led the Nets first quarter comeback scoring six of his 12 points in the final two minutes.

The Nets struggled on both ends of the floor to begin the second. The Vipers went on a 12-4 scoring run to open the second quarter. Following the Vipers run, the Nets pulled together their own scoring run with the Vipers second unit on the floor but that did not last long.

With 5:04 left in the first half, Long Island trailed 62-30. Long Island slowly crept back into the game but the Vipers held on to their very strong lead. Rio Grande Valley continued their consistent assault from behind the arc.

The Vipers had five players in double-figures at the half. Hartenstein and Frazier led their squad with 15 points each followed by Tucker with 14 points.

For Long Island, Williams was their high man at the half nearing a double-double with 18 points and six rebounds. Musa followed with nine points and Pinson scored six first half points.

The Nets started the third quarter playing some of the best basketball they played all night. It was not consistent but Long Island gained some rhythm. The Vipers, on the other hand, remained consistent from the field. In the final minutes of the third, the Vipers were just too much for the Nets to handle. Rio Grande Valley closed out the third quarter with a 103-74 lead.

With the Nets down 29 points entering the fourth quarter, the game was essentially over. The Vipers continued to control the tempo of the game on both ends of the floor. On the defensive end, Rio Grande Valley pressured the Nets to keep shooting three’s rather than drive to the basket. Long Island tried to make the game interesting in the end but the Vipers went on to win the decisive Game 3 and win their third G League title in five tries.

Pinson, who will now be heading to Philadelphia for tomorrow’s Game 1 playoff game against the 76ers, recorded 16 points, three rebounds, and four assists, not among his best games.. Pinson went down in a heap late in the game after taking a charge on Dakari Tucker. The Nets guard was able to walk to the bench on his own power. No word yet on the severity of the injury.

Williams recorded one of the best double-double games he had all season. Big Sauce scored 26 points and grabbed 21 rebounds in the loss.

Musa, the Nets first round pick and the second youngest player in the G League this season, scored 24 points and had six rebounds in the loss.

Thomas Wimbush, who had three straight games of 20+ points, finished with only eight points and seven rebounds. Jordan McLaughlin, the Nets skilled back-up point guard and sixth man, finished with 22 points, but could hit only 1-of-12 from deep, Overall, Long Island shot just 17 percent from three-point range, 7-of-42. Pinson was 1-of-11. Musa was 2-of-8. Thomas Wimbush was 2-of-7.

For the Vipers, Hartenstein was the star of the game, recording a double-double, with a game-high 30 points and 17 rebounds. Tucker recorded 20 points, five rebounds, and three assists in the title win followed by Frazier, who scored 23 points, nine rebounds, and six assists.

At the half, Williams chatted with Sean Marks, talking throughout the break.

Sean Marks is chatting with UNC head coach Roy Williams at the half. @NetsDaily pic.twitter.com/m2z1P13U5x

What could the two have talked about? For openers, the latest ESPN Mock Draft has the Nets taking North Carolina freshman guard Nassir Little at No. 17.

With the loss, Long Island has not won a professional hoops championship in 43 years. Julius Erving and the ABA Nets won the 1976 ABA championship at the Nassau Coliseum in the last game before the NBA and ABA merged to form the modern NBA.

Despite losing the G League championship to the number one seed in the West, the Nets had their best season since the organization set up shop in 2016. Long Island tied for the league’s best record at 34-16. closing the regular season on a 10-game win streak at home, and going 19-6 when playing at Nassau Coliseum.

All in all, Long Island was a big surprise in the G League as Brooklyn has been in the NBA … and that’s not bad.