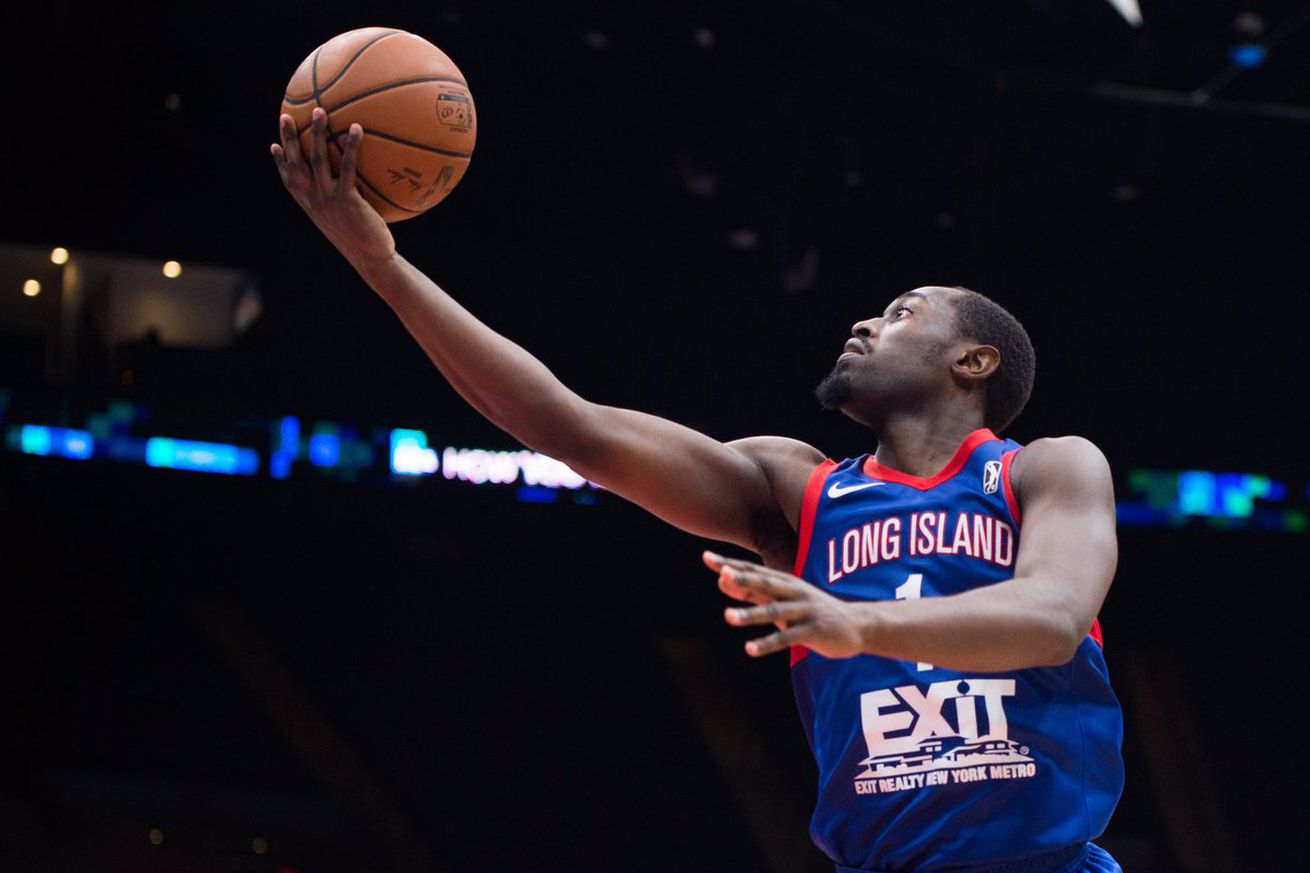 Long Island are looking for their first-ever NBA G League Championship title Friday when they battle the Rio Grande Valley Vipers in the win-or-go-home game in the league Finals at the Island Federal Arena in Stony Brook, NY

It’s been 43 years since a professional basketball team based on the Island won a championship. Julius Erving won the 1976 ABA championship in the last game before the NBA and ABA merged to form the modern NBA.

The Nets won Game 1 of the Finals handily. Long Island, playing at home, controlled the game, setting the tone early in the first quarter. The Vipers began to gain some rhythm on both ends of the floor in the second but the Nets pulled away in the second half and won by 10 points, after the Vipers made it look close at the end.

Game 2 in Edinburg, Texas, was different. The Nets trailed throughout the second half, never leading, but did make the game interesting in the fourth quarter. Long Island trailed by only three points with seven minutes remaining but Rio Grande Valley pulled away to secure the win and keep their title hopes alive.

In the loss, Theo Pinson, who’s two-way contract was converted to a standard deal with Brooklyn on Wednesday, dropped a 32 point double-double in 38 minutes of action.

The game will be broadcast on ESPNU at 8 p.m. ET.

The Nets have two players with big game experience. Theo Pinson won the NCAA championship with North Carolina in 2017 (and hit the last second shot that won the Eastern Conference Finals last week.) Dzanan Musa was part of Cedevita, the Croatian League champions the last three years, and in 2015, almost single-handedly carried Bosnia to the U16 European championship.

Players to Watch/ What to Watch For

Both teams had five players score double-figures in Game 2. Long Island played a small ball lineup for a majority of the game but the Vipers big man was too much to handle.

Isaiah Hartenstein, the 7-footer on assignment from the Rockets, had a huge game for the Vipers in Game 2 to keep their title hopes alive. The Vipers big man scored 33 points, 24 of them came from behind the three point line. Hartenstein shot an outstanding 8-of-9 from three, all in the second half. The Nets will need to lock down the Vipers big man in order to win. Hartenstein is not just a shooting threat but is a rebounding machine, like Alan Williams. He had 13 rebounds in Game 2.

Williams, too, will need to have a big game in order for the Nets to win the G League title. Big Sauce had a double-double with 17 points and 10 rebounds in Game 2. The Nets big man also showed he can shoot the three ball, if left wide open. He went only 1-of-3 from behind the arc. His offensive presence will not be as impactful as his defensive presence in Game 3. Williams will need to play very good defense on Hartenstein.

Pinson, who had a great Game 2 despite the loss, will have to have a similar performance in Game 3. The Nets guard has been Long Island’s standout player throughout the playoffs. He has done a good job defending Gary Payton II, shutting him down in Game 1 and playing well in that matchup in Game 2. Payton II is one of the Vipers main offensive and defensive weapons throughout their season. He is a great defender, who’s also a steal threat, and can score from all areas of the floor. When Pinson is not on the court, Jordan McLaughlin, who has stepped up in the Finals, will need to have another good outing on both ends. The USC rookie guard out is a solid floor general and like Payton II, can score from underneath to beyond the arc.

Dzanan Musa did not have the best offensive game in Game 2 but his passing and defense stood out. Musa is a great passer and according to Will Weaver, the best passer in the league. He is a downhill driver who does not fear anyone standing in his path. Musa does a good job absorbing contact and finishing the play. His shooting will be needed for the Nets, especially from three. With Musa behind the arc, that will create some floor spacing on the offensive end for the Nets and give them more opportunities to score.

The three Long Island players got minutes in Wednesday’s Nets finale against Miami. The three shared the court, in fact, as the game came to an end. Overall, Pinson played 15 minutes and scored four points as did Williams. Musa hit a deep three that served as the dagger after Miami made a late move. Will the experience help the trio vs. the Vipers?

Thomas Wimbush, who has played great since Mitch Creek’s departure from Minnesota, has been the Nets X-Factor, in the Finals. The 6’7” shooting guard’s confidence has grown since seeing more minutes and has made every bit of those extra minutes count on both ends, scoring 28 points in the Eastern Conference Finals, then 23 in Game 1 of the Finals and 21 in Game 2. On the offensive end, the 27-year-old’s driving game is solid and his deep shooting can be streaky but he is consistent from mid-range. Wimbush will be a player to keep your eyes on in Game 3.

Beyond Hartenstein and Payton, Dakari Tucker and Michael Frazier could be threats to the Nets title hopes. Both players had key performances in Game 2. The 6’5” Tucker is a consistent three point shooter and when on the floor, creates space for the Vipers offense, particularly Hartenstein, to flourish. On top of his three-point shooting, he is a solid mid-range player who can not only shoot off-the-dribble but take it to the basket.

The 6’4” Frazier has a similar inside game but likes to draw fouls and get to the foul line. He did a good job getting the Nets into the bonus in Game 2. On the defensive end, Tucker is the better all-around defender but both players play tight man defense when on a man-to-man defense.

The one player who could help keep those two silent is Tahjere McCall, who had a 10-day with Brooklyn late in the season. The 6’5 swingman has not produced the same scoring numbers we’d seen throughout the regular season and in the playoffs but McCall is a defensive specialist.

If the Nets win the G League title, it would not only be huge for the Nets franchise but for their coach, Will Weaver. The G League Coach of the Year will be leaving shortly after Game 3 and head to Australia to become the new head coach of the Sydney Kings in Australia’s NBL. There’d be no better sendoff.