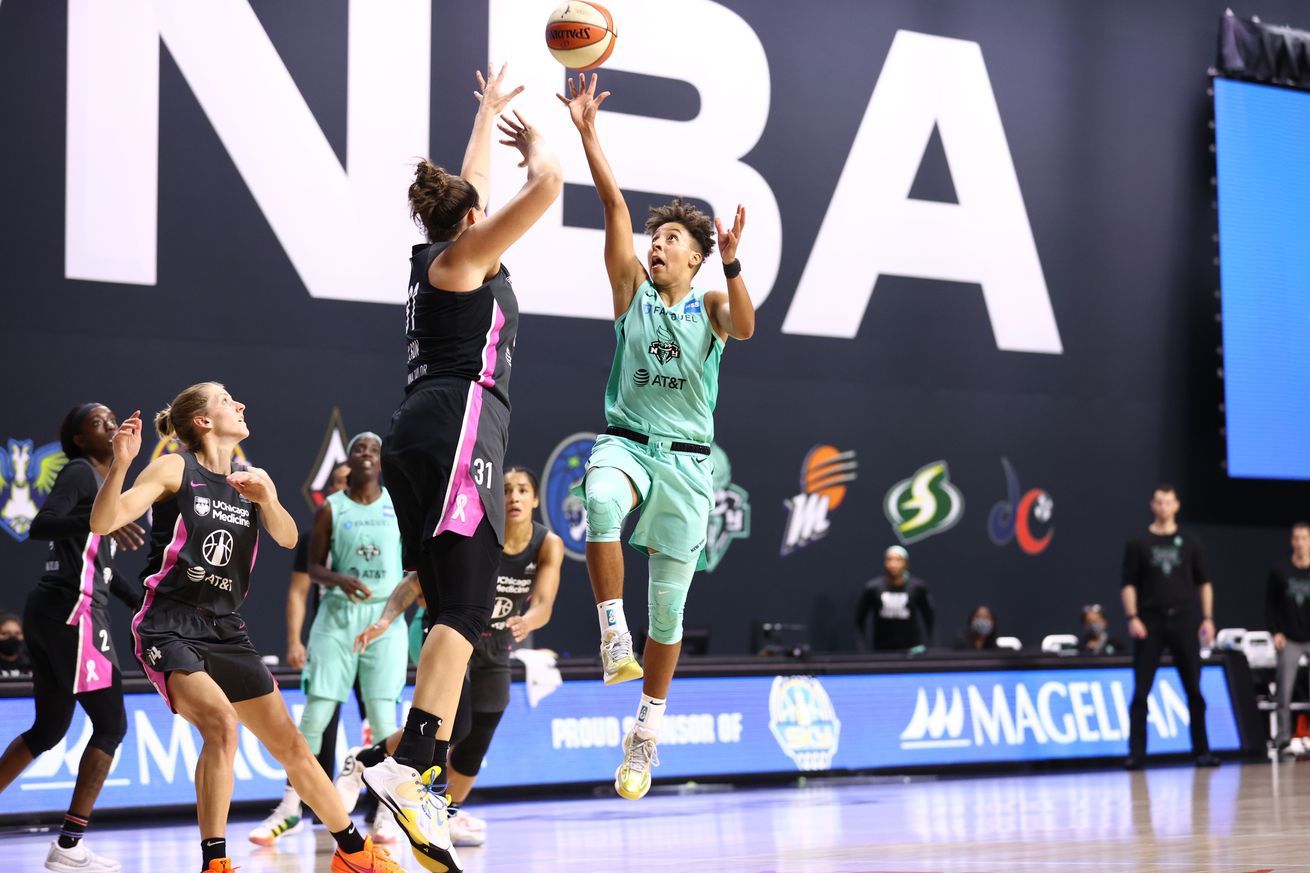 Layshia Clarendon was fouled as she drove the lane with 0.3 seconds left Tuesday night, then calmly made both free throws to give the New York Liberty its first win in three weeks, as they beat the Chicago Sky 101-99 in the Bradenton “wubble.” The win was the Liberty’s second of the season and broke a seven game losing streak going back to August 7.

The Liberty, now 2-12 have been without No. 1 pick Sabrina Ionescu, who New York announced would not require surgery on her sprained ankle.

Rookie coach Walt Hopkins and the game’s two heroes, Clarendon and Amana Zahui B. provided a post-game view of what happened … and how.

Zahui B, the Liberty’s 6’5” Swedish center had her best game of the season, finishing with 22 points and 12 rebounds. Clarendon finished with 17 points and five assists, and Kiah Stokes and Jocelyn Willoughby each scored 14 points for the Liberty, who hit 14 of 30 3-pointers.

Like recent games, the Liberty went down early, this time by 16, but came back and kept the game close until the end when they matched the Sky and ultimately won the hard fought game.

With 1:36 remaining, the Sky’s Allie Quigley tied her career-high in points with a 3-pointer to pull Chicago within three at 97-94. A minute later, Zahui B then hit Stokes with a nifty pass to put the Liberty ahead with 31.8 seconds left…

The bigs come up clutch! pic.twitter.com/uW9mbALnQ7

Stefanie Dolson of Chicago tied it at 99 with 20 seconds left on another 3-pointer but then Clarendon iced it, leading to a winning celebration.

The Liberty play again Thursday vs. the Las Vegas Aces. On Wednesday, several team members will participate in a discussion on “Stay Loud: Why We Say Her Name.” Clarendon will be among the speakers.