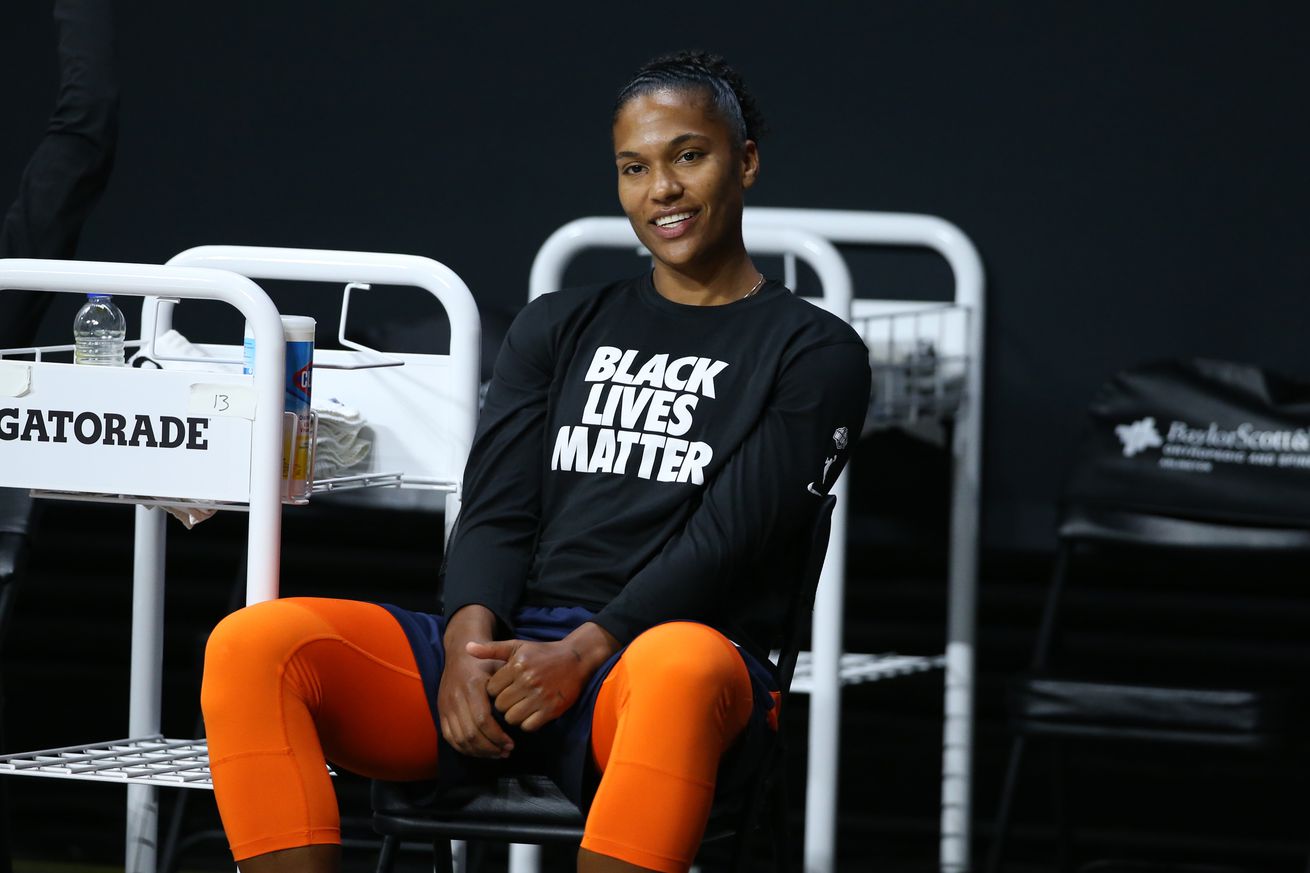 Falling in the fourth. After three quarters, the New York Liberty were tied with the Las Vegas Aces. However, they went cold in the fourth and Vegas pulled away with the w.

The opponent tonight will be the Connecticut Sun. The Sun have been racked by injuries but are hanging in there. They beat the injury riddled Washington Mystics on Sunday.

CBS Sports Network is the place to be. Tip off after 7 PM.

No Sabrina Ionescu. Joyner Holmes missed Saturday’s game with a knee bruise and is listed as probable. Megan Walker got a rest day and figures to be available

Good luck trying to slow down DeWanna Bonner. She’s fifth in the W in scoring, and while the shooting percentage isn’t great, having a player like Bonner that can get their own shot will be essential when games get tougher in the playoffs.

Jazmine Jones didn’t play as much on Saturday as she’d been used to, so it’s likely she gets a good amount of run tonight. She and Layshia Clarendon have been sharing the bulk of ballhandling duties with Ionescu ou

Without Jonquel Jones, Thomas has been in the middle and doing fairly well. She’s more involved in the offense and is shooting a career best 51.4 percent from the field while also cutting down on her turnovers as well. The Sun are a long shot to go far in the playoffs if they get in, but stranger things have happened this year, so who knows?

Amanda Zahui B set a team record with 21 rebounds on Saturday, but there was a lot on her mind off the court. She explains here:

After setting the franchise record for single-game reb, @AmandaZahuiB declined to answer questions due to the recent events of social injustice. She played in honor of her uncle, who was deported from Stockholm to the Ivory Coast and sends a message to pray for justice and peace. pic.twitter.com/lcAdPdUjAo

The players in the bubbles are trying to figure out how to navigate the world with everything still in flux, they’ll keep doing their best to be active in the community.

On the court, the Liberty are going to need Zahui B to avoid getting into foul trouble. The game was lost in the fourth with her on the bench and even though her shots weren’t falling, she contributes in a lot of solid ways and the threat of her hitting threes opens things up for New York.

Last night was the Brandy and Monica verzuz, so it’s only right we rock out twice to begin the month