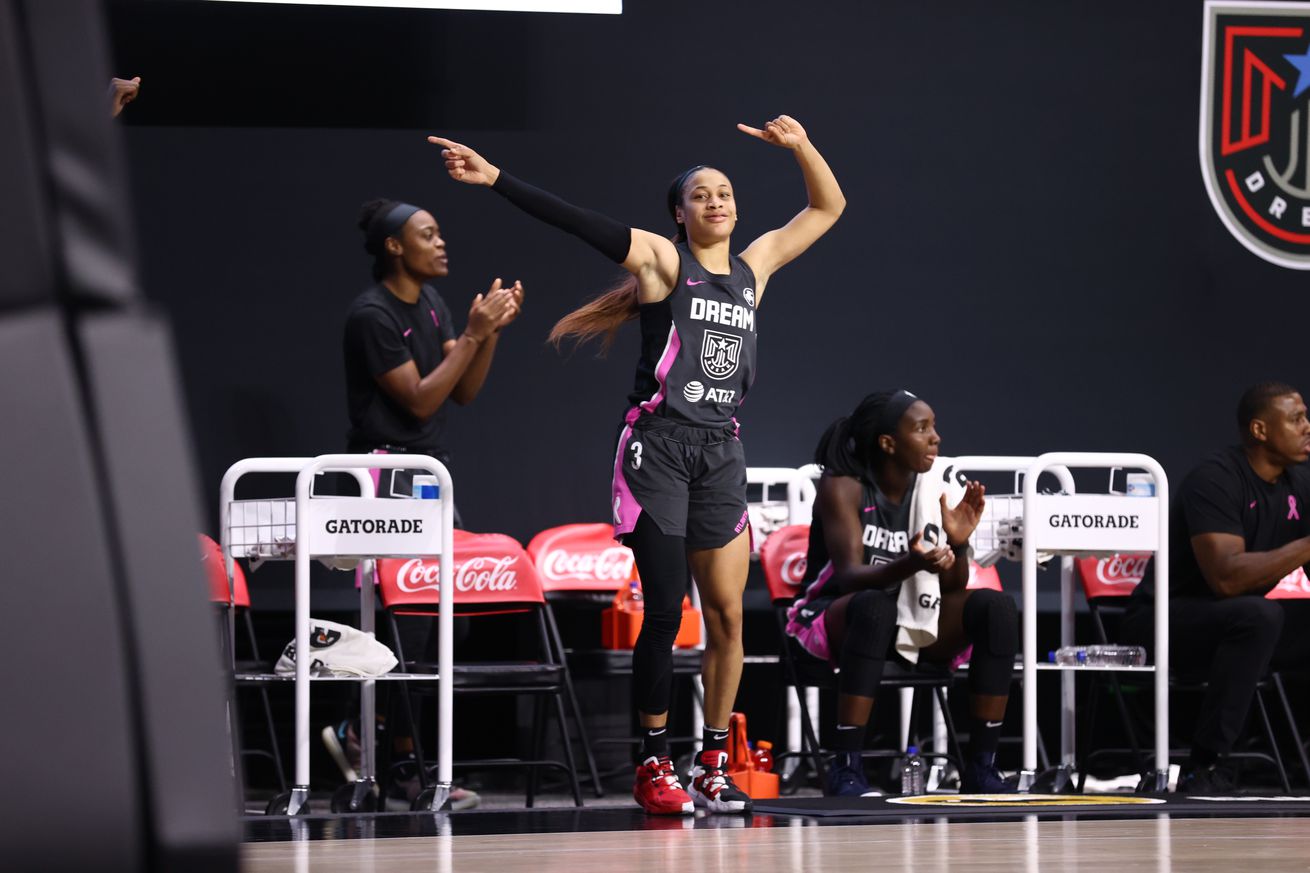 On the way, but not all the way there. The New York Liberty took on the Connecticut Sun Tuesday night and made a valiant comeback effort, but fell a little bit short as they lost by five. We’ve got a few more games to go in the season so the team has plenty of opportunities to continue learning and growing.

The opponent tonight will be the Atlanta Dream. ATL has been hit by the injury bug but they’ve fought hard to be competitive. They won their last game against the Indiana Fever on Tuesday night.

Sabrina Ionescu is out and fellow rookie Megan Walker is likely out as well.

Only Tiffany Hayes is out for the Dream. Everyone else is good to go.

Atlanta won the first meeting at the end of July. That was the game in which Ionescu suffered her ankle injury.

Whoever wins the rebounding battle at center might decide the winner of this one. Elizabeth Williams outplayed Amanda Zahui B in the first meeting this season as Zahui B was saddled with foul trouble and only played 18 minutes. AZB has been on a tear on the boards and is second in the W in rebounding this season. She’s really managed to play well even with everything swirling around us at home and internationally and she deserves all the praise in the world for being present with her team through it all.

This one might turn into a turnover fest. The Liberty are still tops in the W in turnover rate and the Dream aren’t too far behind in third place. Transition baskets are always a nice cure for a cold offense so if the Liberty can force some live ball turnovers, they’ll have a good chance to convert some easy baskets.

Carter was one of the favorites to win Rookie of the Year, but her season was derailed as an ankle injury kept her sidelined for two weeks in mid August. She’s been back for a few games and has gradually gotten herself back into formation. Her minutes have increased each game she’s been back as has her usage rate on offense. Carter is a building block for the franchise and one of the young stars that will lead the next generation of basketball players. From coach Nicki Collen:

“Chennedy is a gifted scorer, possessing great speed, skill and strength with the ball in her hands. While she split time at the guard positions in college, we believe Chennedy will thrive as an up-tempo point guard in the WNBA. She is an underrated passer with the ability to attack the lane to create opportunities for herself and her teammates. We believe Chennedy has a chance with time and commitment to be a special player in Atlanta.”

It’s quite nice to have a young franchise player that will lead you into the future. Quite, quite nice.

Kia Nurse came off the bench for the Liberty and put up 18 points in 29 minutes on Tuesday. It’s been a rocky year for the 2019 All Star but even amidst her struggles, she’s played hard every night and tried to provide some much needed scoring punch for Walt Hopkins’ club.

Today’s a sad one. We found out that Tom Seaver passed away at the age of 75. Let’s take a trip back in time to an interview The Franchise conducted with the late Dick Schapp.

When you’re out of the Vault, make sure to read this ode to Tom Seaver by friend of the site Allison McCague over at sister site, Amazin’ Avenue.