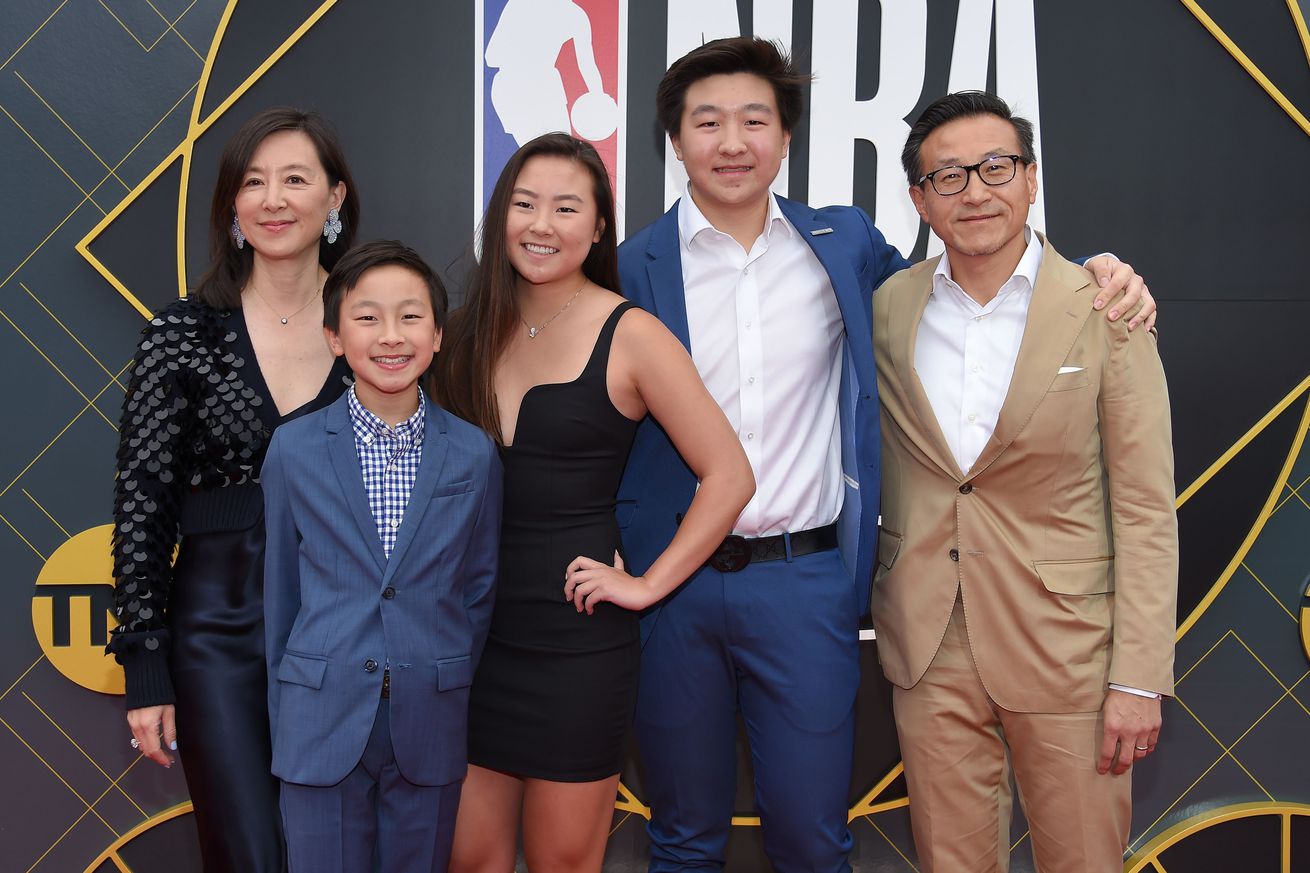 In yet another community initiative, Joe and Clara Wu Tsai have announced a “five-point plan” committed to “inclusiveness, justice, and equal opportunity,” the Nets, Liberty and Barclays Center. As part of that plan the couple, described in the press release as owners of the three entities, pledged $50 million to a “Social Justice Fund” over the next 10 years.

Among the commitments the Tsai’s discussed was one to “Supporting Athlete Voices” including “amplifying their voices through team and venue platforms.” Here’s the announcement…

Clara Wu Tsai and Joe Tsai, owners of the NBA’s Brooklyn Nets, the WNBA’s New York Liberty, and Barclays Center have unveiled a five-point plan committed to inclusiveness, justice, and equal opportunity. As part of the couple’s commitment, they have pledged $50 million over 10 years to support social justice and economic mobility initiatives that will benefit Black, Indigenous, and People of Color (BIPOC), with a priority focus on Brooklyn.

It’s the first time that Wu Tsai has been described officially as an “owner” of the Nets along with her husband. She is not listed on the Nets staff directory as an owner, but is listed as a co-owner of the Liberty. Wu Tsai, a native of Kansas who was educated at Harvard and Stanford, has also been heavily involved in the REFORM Alliance, a consortium of sports and entertainment figures (including Jay-Z, a former Nets investor) who’ve contributed their names and financial support to reforming the nation’s prison and parole systems. She is a “founding partner” of the alliance and the Joe and Clara Wu Tsai Foundation has reported provided a seven-figure contribution to the alliance.

In Monday’s statement, Clara Wu Tsai reported that the Nets commitment to social justice will focus on Brooklyn.

“Joe and I are proud to present our statement of core principles and action plan as a continuation of our efforts to address racial injustice and economic inequality in our society, We plan to focus first on our organizations and our community in Brooklyn. We believe Barclays Center, the Nets, and the Liberty can be symbols of how we move forward together as a country. It is our hope to lead by example through supporting our athletes, employees, and our community in anti-racist and anti-discrimination work and providing the resources needed to accelerate change.”

“Alongside the leadership of our companies, we have spoken up against all forms of racism and made a commitment to work in partnership with our community to raise awareness and push back on racial prejudice. Brooklyn has long been a place where people of many different origins can engage in dialogue and find common ground, and we have seen the best example of that at the plaza in front of Barclays Center. Today, we present the framework for how we plan to accomplish the goals of justice and equality.”

Included in the five-point plan laid out in the Tsais’ statement were commitments to internal initiatives on “Supporting Athlete Voices” and “Creating a More Inclusive Work Culture.” The plan also includes the use of the Barclays Center plaza, scene of nightly protests in the aftermath of the George Floyd murder, “as a place for peaceful gatherings and for all constituents to listen to each other.’

The Nets and Liberty will invest in the professional and personal growth of their athletes, support their leadership in speaking out against racism and advocating for social justice, and amplify their voices through team and venue platforms.

The Nets and Liberty also pledged to be voices for social justice within NBA and WNBA councils.

The Tsais will commit to working with NBA and WNBA league offices as well as Governors and team leadership in both leagues to create opportunities for dialogue and exchange ideas around implementation of diversity and anti-racism programs.”

The Tsais shared the most detail on how the Social Justice Fund will be used.

In addition to contributing to the NBA’s recently announced NBA Foundation in partnership with the NBPA to drive economic empowerment for Black communities, the Tsais’ charitable foundation will commit $50 million over the next 10 years to develop initiatives which address systemic imbalances and root causes that produce racial gaps in education, health, and wealth. They will initially focus on programs for BIPOC and women-owned small businesses; skills training to improve job mobility; mentorship of young women and men of color; and immediate needs of the Brooklyn community created by the COVID-19 pandemic.

The Tsais have won praise for their response to the COVID-19 crisis not just in New York, but in San Diego, where they live, and in Detroit where one of their top executives, Rich Tao, grew up. Specifically during the height of coronavirus infections in New York, they donated through their foundation, 2,000 ventilators, 1.5 million N95 respirator masks, 1.45 million surgical masks and 170,000 medical goggles. The governors of both states praised the Tsais for their contributions. BSE Global, their New York sports holding company, also contributed five tons of arena food to local food banks and twice provided Barclays Center as the venue for a mobile food pantry.

During the Floyd protests, the Nets were among the first NBA teams to commit to social justice, specifically noting the names of several Blacks who had been killed by police around the nation, calling them “senseless” and “devastating”…

“We mourn the senseless and devastating loss of George Floyd, Breona Taylor, Ahmaud Arbery and countless others who lost their lives because of racial bias.”

“Today, we stand up and speak up against all forms of racial discrimination —overt or subconscious— especially against the Black community. We want to say, ‘Enough is enough.’”

Later, Tsai told Kristian Winfield of the Daily News that he had no problem with the arena plaza being used for peaceful protests.

“In Brooklyn, the Plaza at Flatbush and Atlantic has become a place for people to assemble and have their voice heard. If it continues to serve as a place where everyone from our community – from residents to businesses to police alike – gather peacefully to listen to each other and find common ground, then it’s good with me.”

More than one writer has noted the disparity between the Tsais’ level of commitment and that of James Dolan of the Knicks. The Knicks were the last NBA team to issue a statement in support of social justice, which was called tepid at best.