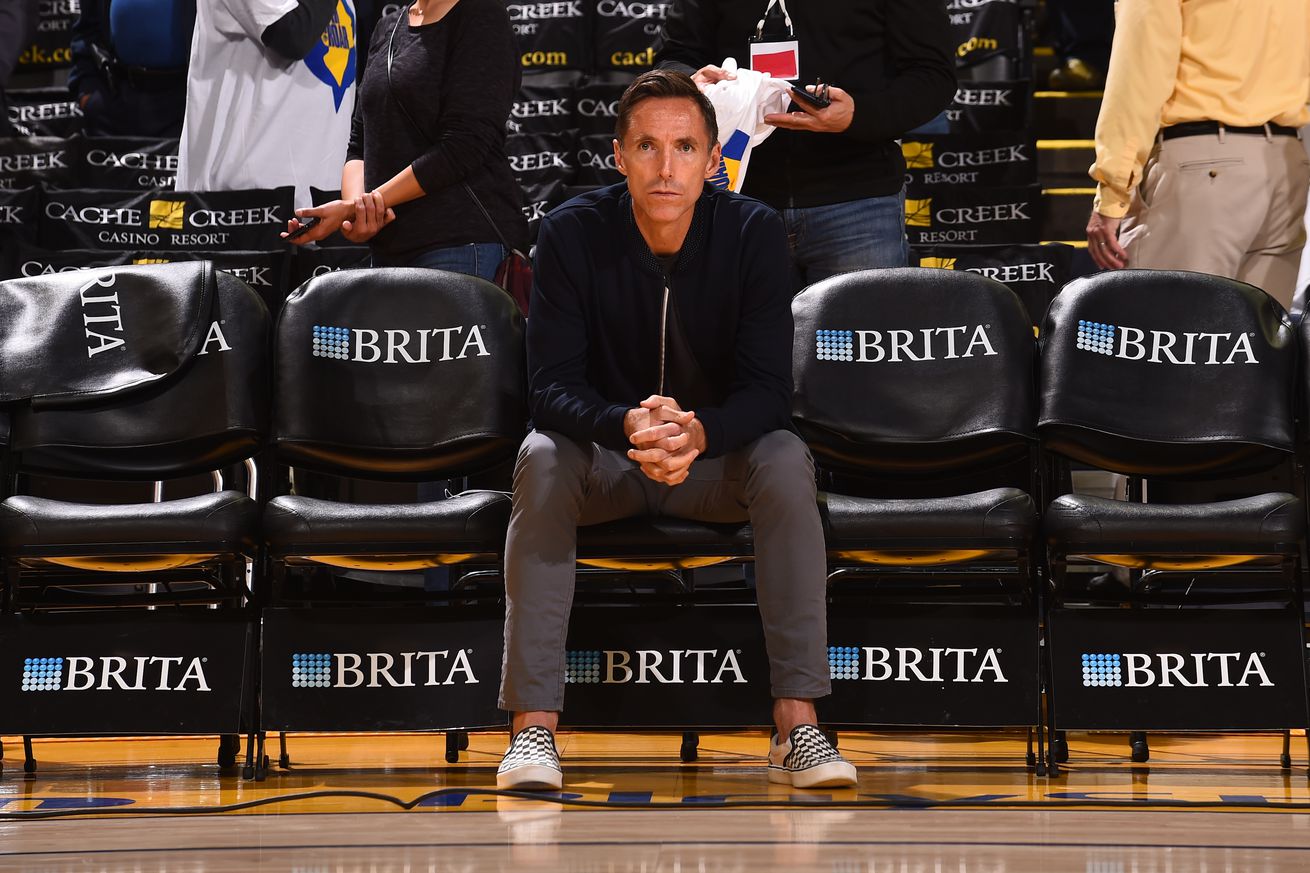 We asked veteran NetsDaily writer Brian Fleurantin to give us his thoughts on the Nets hiring of Steve Nash and the underlying issue of race in the context of not just the NBA but American society as well.

It seems that every summer, the Brooklyn Nets find themselves at the center of basketball news. Last summer, it was the ”Clean Sweep” that brought Kevin Durant, Kyrie Irving, and DeAndre Jordan to Brooklyn as free agents. This time around, the team shocked everyone by hiring basketball Hall of Famer Steve Nash seemingly out of nowhere.

Unlike the “Clean Sweep,” this move is being met with as many questions as good feelings.

Dating back to as far back as any of us can remember, the NBA has been a Black league. The faces of the league have been Black, the most popular analysts on the league’s flagship show are Black, the league is married to Black culture, and Black fans have stayed with the league even when others have fled. However, Blackness isn’t so well represented in one particular area of the game, the executive and coaching ranks.

In 2014, Danny Ferry was let go as General Manager of the Atlanta Hawks after racist comments he made about Luol Deng were made public. At the time, I noted that the Ferry situation was an example of the lack of diversity that is present in management and upper management positions across the league. I discussed coaches as well and wrote:

It’s fantastic that there is increasing diversity in the head coaching ranks, but if the only way to break through is if you used to play in the league, it spells trouble for those who didn’t play in the NBA.

Last year, ESPN’s Howard Bryant made the following observation about the coaching ranks in the NBA:

All of that leads us to Brooklyn and Steve Nash. In the days since the hire, the debate over race in the NBA coaching ranks has boiled over. Stephen A. Smith called the hire of an inexperienced head coach “white privilege,” then clarified his position. Players and pundits took sides, statistics about hiring practices were thrown around. It wasn’t so much about Nash, a leading white ally of Black Lives Matter. In fact, he spoke with Marc J. Spears of The Undefeated about social justice before he spoke with anyone else in the media. All well and good, but it’s about the larger issue: who’s in charge.

On the court, Nash’s resume is unimpeachable. Along with being an eight-time All Star, two time MVP, and Hall of Famer, Nash was the floor general for one of the most inventive and influential offenses in basketball, the “Seven Seconds or Less” Phoenix Suns.

Being able to locate where your guys are at all times, managing egos and responsibilities for your colleagues and making sure everyone is involved and actively contributing to your attack is one of those skills that are essential whether you’re leading on the court as a player … or on the bench as a head coach.

Nash had spent some time with the Golden State Warriors in a player development role, which allowed him to foster relationships with players like Kevin Durant. By all accounts, Nash was a positive contributor to the organization and they hold him in high regard as he takes on this new challenge. As a basketball move, the hire has earned praise among people who watch the Nets from up close and afar.

Even with Nash’s on-court resume being tip-top and his work with the Warriors being respected, his coaching resume doesn’t match up with other coaches who have been out there every day with their teams. Coaches (and former players) like Sam Cassell, Darwin Ham, and Brooklyn’s Jacque Vaughn have been working as coaches longer than Nash and haven’t gotten permanent head coaching jobs despite receiving high praise for what they’ve accomplished so far.

In the case of Vaughn in particular, after doing a great job steering the ship during a turbulent Nets season and keeping them competitive despite the loss of key players throughout the year, seeing him not get the top job (he’ll still be here and will be the highest paid assistant coaches in the Association going forward) stung for a lot of fans and observers. It’s also led to a broader discussion of the coaching ranks, who gets to join that fraternity and how long they get to stay in their positions.

In an interview with his former coach in Milwaukee, George Karl, Ham spoke about the difficulties Black men face in getting head coaching jobs in the league:

“I’m faced with the reality that I go into a room and I have to make someone comfortable with me. First and foremost, being a black coach, a former player, and a man of a certain physical stature. And it sucks, because some of my white counterparts who are great coaches, nonetheless, they don’t have that issue. They can walk in as they are. If they’re a fiery type of personality, they can do that. If they’re a little more introverted, they can do that. They’re not judged by that, because the person — 9 times out of 10, 9.9 times out of 10 — that’s in the position to hire them as a head coach is someone who’s like them. A white person or someone who came from that same type of background as that candidate came from. But me, I don’t have that luxury, so I have to kind of go out of my way. And I’ve had this conversation with other coaches of color, how we have to approach this thing differently. We can’t be too outspoken, or be so brash, or be too introverted. We have to walk a serious tightrope in terms of showing these people that we’re capable of doing the job of running their franchise.”

Looking at in isolation, the Nash hiring is more than defensible. He’s established a great reputation in his over 20 years around the NBA, has a solid coaching staff here in Brooklyn to help him as he transitions into a new role, has the communication skills needed to work well with the players, and perhaps most importantly, has the buy-in from the franchise’s most important players in Irving and Durant.

The Nets have established themselves as a solid team over the past two years and are hoping the Nash hire (along with good health) pushes them to the top of the Eastern Conference … or higher. Taking a chance on a first-time coach and hoping to strike lightning is a gamble, but a worthy one for a team looking to stand out in the NBA landscape.

At the same time it’s hard not to wonder if other coaches will get the opportunity that Nash has gotten with the Nets. Whether it’s professional sports, non-profit organizations, tech companies, or any other work setting you can think of, we hear all the time about their plans to increase diversity, expand the pipeline of talent, make leadership more representative of the communities they work in, etc.

However, it almost never shows in the results and we always seem to wind up back at square one wondering what more can be done so that minority candidates get their opportunity to be in leadership positions. It’s frustrating because every hire in a vacuum makes sense individually, but when you zoom out and look at the big picture, the door is shut for certain candidates to get their foot in the door. The NBA is better than most, but still has plenty of room for improvement.

Even before the Nash hiring, Brooklyn was bound to be one of the most interesting teams in the NBA when the 2020-2021 season began. The team has a lot of emerging talent and two superstars ready to return and reclaim their positions as some of the game’s greatest players. Now that Nash is on board, the interest level will only increase and how the team acclimates itself to a first time coach will be something to watch closely.

Coaching is such a crapshoot and figuring out what makes a good coach is a mystery that few people have been able to solve. As the other vacancies around the league start to get filled, we hope that they’re as inclusive as possible and ownership groups work to make sure that a wide range of candidates get their opportunity to be head coaches. It’s the least they can do.