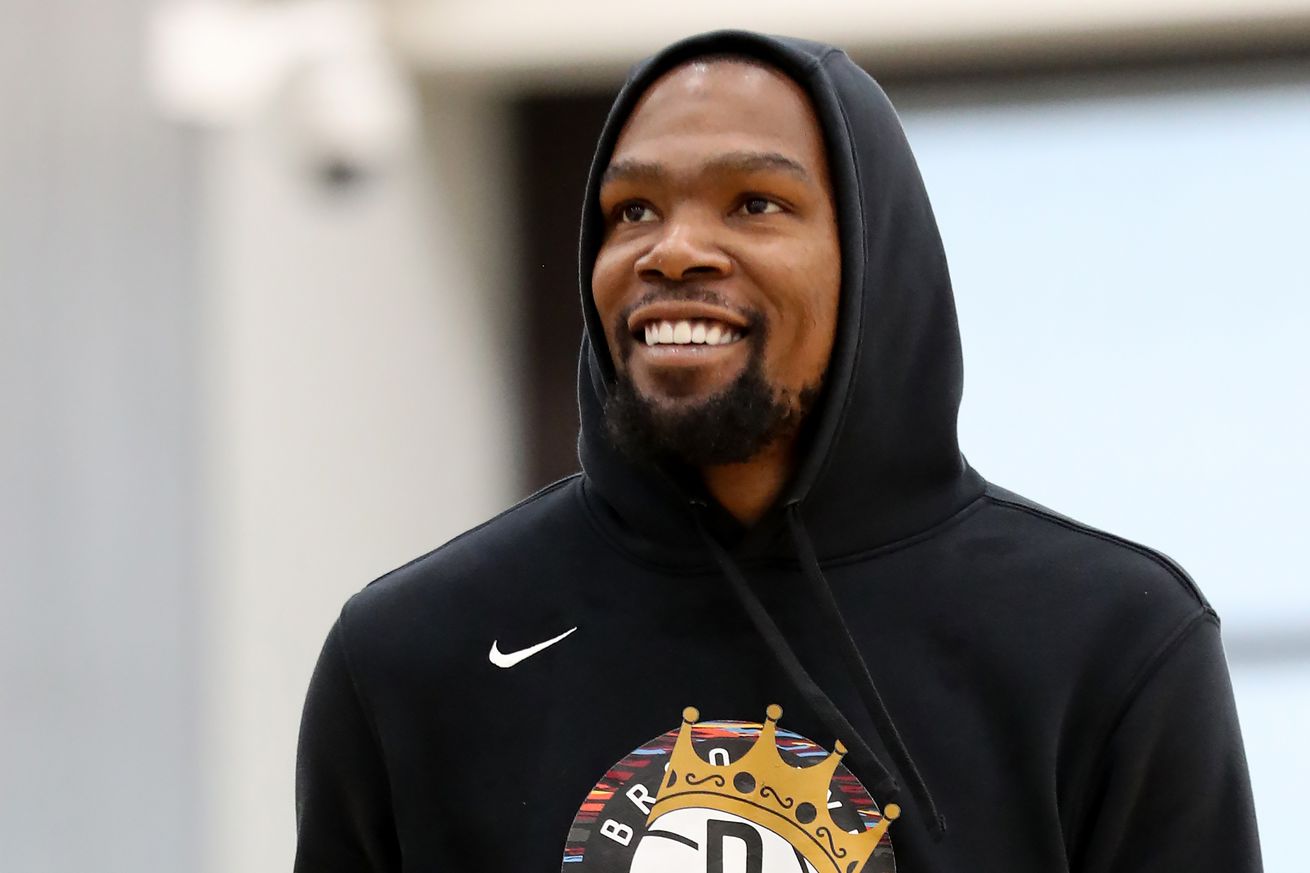 Vegas and Bristol have different ideas on how the Nets —with two healthy superstars back— will do next season (whenever it starts.)

While sports books in Las Vegas and online have the Nets between 8-to-1 and 10-to-1 to win it all and either the favorite in the East or just behind the Bucks, ESPN’s admittedly “way too early” power rankings have them at No. 10.

As Brian Lewis writes of the sports books…

The Nets’ plus-900 to win the title were the fifth-best odds according to BetMGM. That’s tied for second-best in the East, behind only the favored Bucks and Giannis Antetokounmpo, the reigning MVP and defensive player of the year.

William Hill (plus-850), DraftKings (plus-900) and PointsBet (plus-1000) also had the Nets second in the East, while one offshore oddsmaker (sportsbetting.com) had them at 8-1 favorites to win the East.

Everything of course depends on the health of Kevin Durant and Kyrie Irving but they appear to be fine. Those who’ve watched KD working out in southern California have been unable to detect much, if any, difference between the guy who led the Warriors to two NBA titles and the one they’re working out against.

In the most recent assessment, from mid-September, Devin Cannady who played for Long Island after spending time in Brooklyn’s training camp said this: “I can confirm what all those guys said,” Cannady said of previous assessments. “He’s one of the most talented, special players I’ve ever seen in person. He looks healthy. He looks extremely good.”

“Well, I think that’s where we should be looking. I think we have the talent, we have the culture. The organization has a foundation that can compete for everything,” Nash said recently on ESPN’s “The Jump.” “I’m not Babe Ruth pointing right now, but our expectations are high.”

But ESPN thinks differently. In their Power Rankings, published Monday, a collective of their writers put the Nets at No. 10 overall and fifth in the East, behind the Bucks, Celtics, 76ers and Heat. (ESPN had the Knicks at no. 30 and last.)

If the Nets were a trendy Brooklyn restaurant, 2019-20 was the aperitif and 2020-21 looks like the main course. Having missed all of this season following his Achilles rupture in the 2019 NBA Finals, Kevin Durant should be ready to go for training camp. So should the other players, including Kyrie Irving, who sat out the Nets’ playoff sweep at the hands of Toronto. Brooklyn does have to re-sign starting wing Joe Harris and consider possible trades to better complement Durant and Irving, but the sky is the limit for a talented group under rookie coach Steve Nash.

(Memo to Kevin: trendy or not, New York City restaurants are operating at 25 percent capacity.)

Of course, it’s all speculation and we should expect a lot of player movement across the league, but as Tony Durant, KD’s brother wrote after the Lakers win, “It’s 0-0 now. The real is back. #7.”