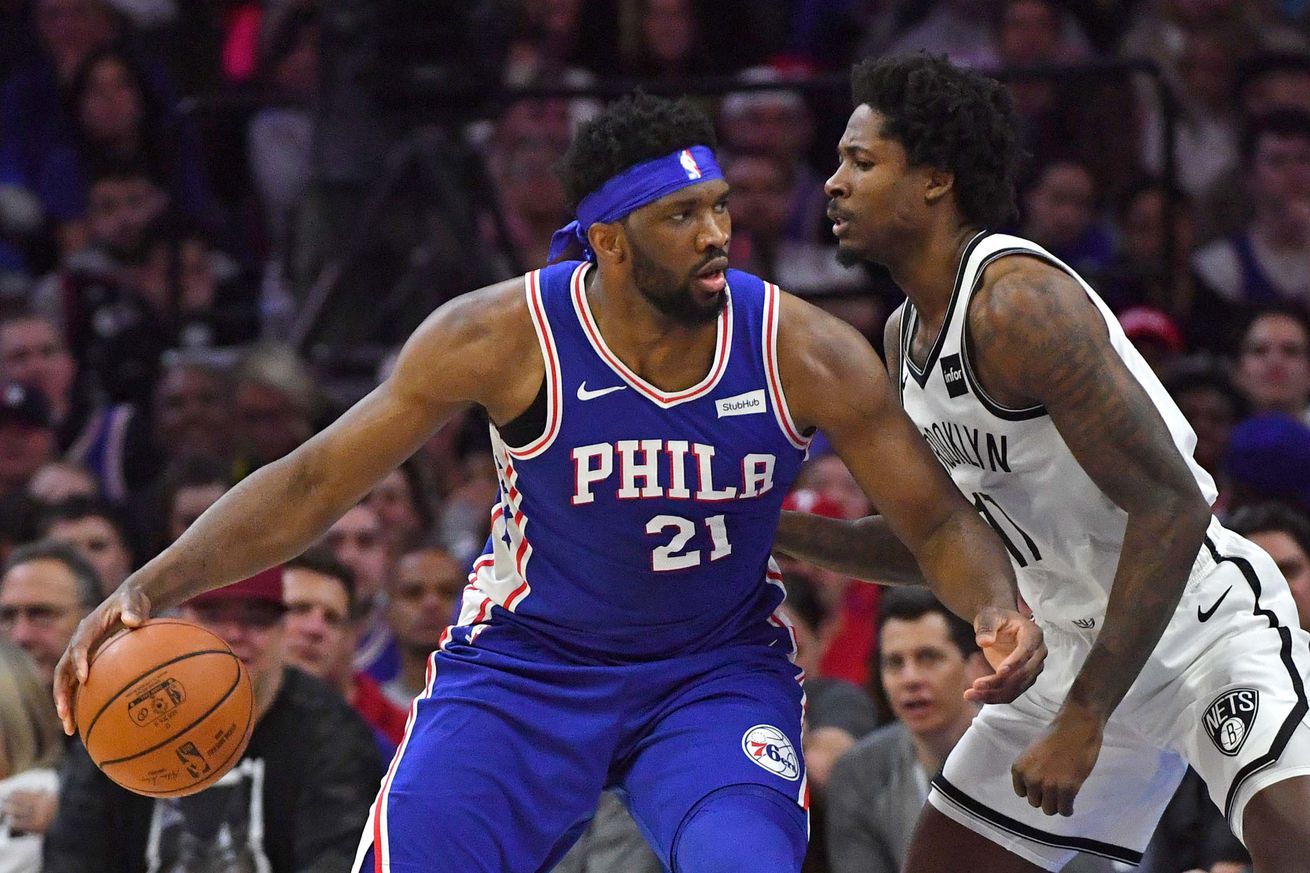 It shouldn’t have surprised anyone —other than 76ers fans, perhaps— that Ed Davis was going to be a big part of this series. The best back-up center in the NBA came into the game early, stayed late and had a monster game against Joel Embiid and Boban Marjanović.

“Game changer,” Kenny Atkinson said post-game. “I thought Jarrett (Allen) obviously got in foul trouble, and Ed was the key. He really gave us the physicality we needed and obviously the rebounds. He did a good job on Embiid and Boban (Marjanovic).”

The 6’10” North Carolina product does what has to be done. Will Embiid having a hard time with soreness in his right knee, Davis used his experience and pure wiliness to make things even worse for Philly’s big man. He bodied him up, altered his shots and did the dirty work of boxing him out, permitting his teammates to grab boards they otherwise wouldn’t had a chance at.

It was not lost on his fellow NBA players…

The online headline that’ll be talked about is The infamous Cell phone. Overlooking Ed Davis’ ridiculously amazing game on both ends!

And he once again proved his toughness. When he rolled his ankle in the third quarter and was accompanied to the locker room by the team’s medical director, Nets fans held their collective breath. When he returned and signaled to his coach that he was combat-ready, there was a lot of exhaling.

When Greg Logan asked Davis if he thought he might feel the after-effects Sunday, Davis dismissed any concerns. “I’ll be fine. I’m one of the tougher guys in this league,” said Davis, no doubt certain that he’d pass a lie detector test on that one.

He talked about what’s behind his attitude. It’s that house money thing again.

“We just look at it, we have nothing to lose. If we go out and get swept, that’s what’s supposed to happen, so you got that mindset – that I don’t care, I don’t give a f–k mentality. Sometimes it works in your favor,” explained Davis, who said his teammates shared his attitude.

“We’ve got a bunch of dogs on this team, starting with Rodi,” he said of the pesky Rodions Kurucs. “Guys are just ready, locked in and focused. Obviously, it’s the first time for a lot of the guys. But this is one of the toughest environments in the league and they did a hell of a job tonight.”

He said the loss had the opposite effect on the Sixers and their famously fickle fans.

“It definitely wakes them up,” Davis said. “You lose Game 1 on the road against a team that’s you’re not supposed to lose to, for sure it woke them up, woke the fans up for sure.”

One of the team’s other vets, Jared Dudley, described his teammate as “blue-collar,”

“A miner. He put his hard hat on. He went in there, and he’s fighting Joel, and he knows he’s giving up size and weight. He rebounds his ass off. How many rebounds did he have, 16? There you go. That’s why Ed gets paid the big bucks to rebound and hopefully continue. We need him this series.”

Big bucks is a relative term, of course. The 29-year-old Davis is being paid $4.4 million this year. He’ll be an unrestricted free agent in July after having, arguably, his best season. Although he’s scored more than the 5.8 points per game he’s put up this season, his rebounding (8.6 per game), defensive rebounding (5.9) as well as his shooting percentage (61.6 percent) are all career highs.

So, will the Nets retain him? You’d think so! He’s said he wants to come back. One thing is for certain: his teammates and fans want him back!