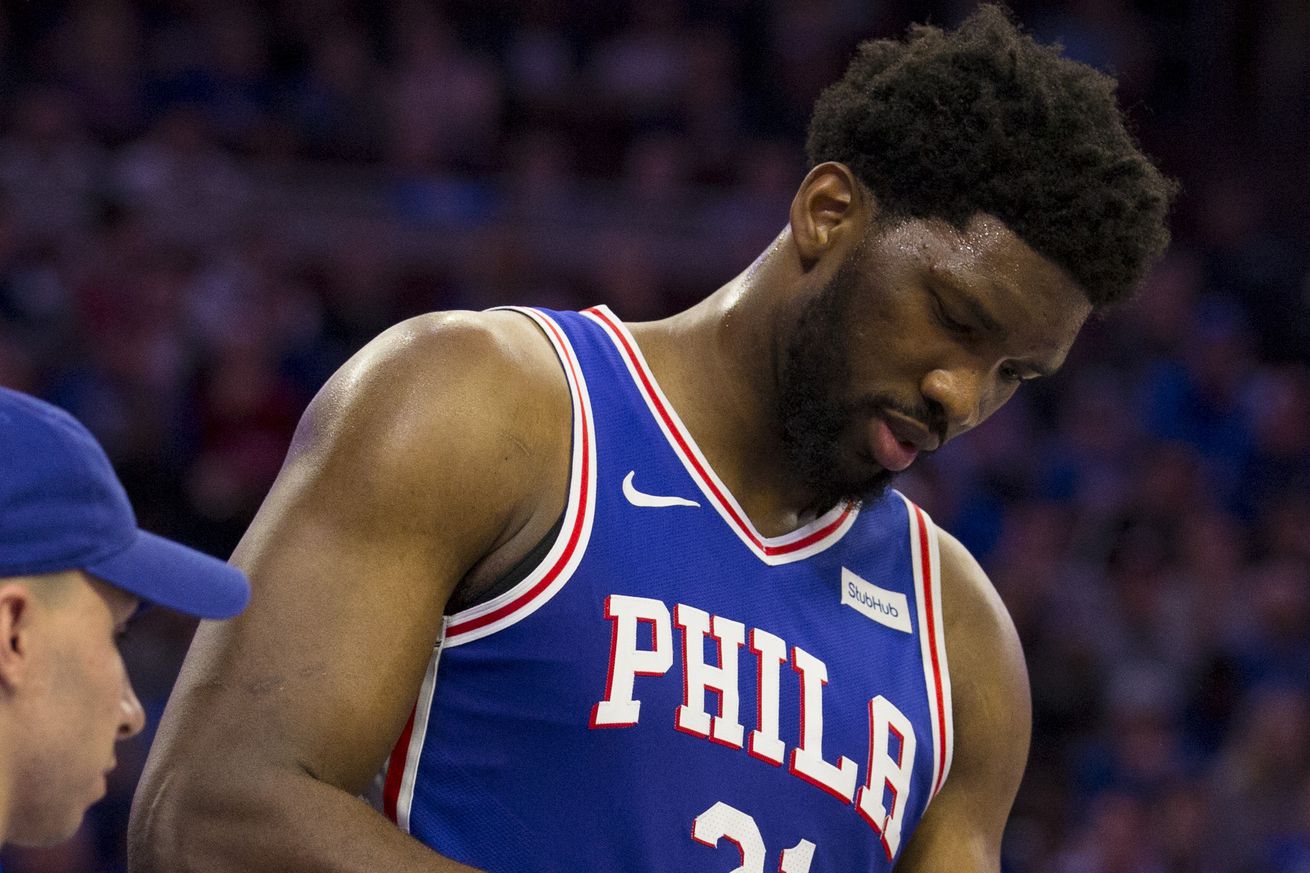 If the NBA was a cartoon, Jarrett Allen would’ve been laid out on the floor with birds flying in a circle above his head.

The Nets trailed the 76ers by two points with 35 seconds left in the first half when Joel Embiid extended his elbows and delivered a swift haymaker into the face of Jarrett Allen. The refs deemed it a Flagrant 1 foul, but watching it live and re-watching it on video, it’s clear that it should’ve been a Flagrant 2 foul —and ejection— for Philly’s most dominant player.

But Allen and (most) of the Nets refuse to think this way.

“I don’t think it was a dirty play, I think he was just trying to make an aggressive play to score and I just so happen to get hit in the lip,” Allen told NetsDaily. “I probably could’ve just laid there to help the call and make something of it, but that’s just not how I play ball. If he knocked me out, then I would obviously be on the floor, but that wasn’t the case.”

“I knew this would be a fistfight and they threw a couple punches, but I have no comments on the call or anything,” Kenny Atkinson said.

Given the circumstances and the outcome of the game, you can argue that the call – or missed call – could have changed the entire dynamic of the game. The Sixers came out firing to begin the second half, sparking a 21-2 run that put them up 20 points. Embiid scored 11 of the 21 points on the run and Philly dropped 51 in the quarter — tying the most for points in a single quarter during postseason play.

“That was dirty. I was right there, and I saw how he was going with the elbow,” Rodions Kurucs said after the game. He was the only player/coach that expressed a different opinion on the (missed) call.

“If he did it intentional then it should be a flagrant two, but I don’t know if it was intentional,” Ed Davis said after the game. “He plays like that, so I guess Jay (Jarrett Allen) was in the wrong place at the wrong time.”

Davis was then asked if he’s going to avoid Embiid’s physicality if he starts swinging his elbows.

The Nets refuse to offer excuses. They feel that Philly simply outplayed them and that call wasn’t the reason why they lost, which may be true. But one can argue that no-call might’ve saved Philly’s season.

And that call might have just saved the 76ers season. https://t.co/oQUYmNAJre

“It’s the playoffs, man. It’s going to be more physical than the regular season and the team was edging me on to take a hit like that. We were all excited that I took the hit and got the charge. We weren’t upset or anything, we were excited that I finally took a hit like that,” Allen told NetsDaily.

This mentality should be commended. The Nets run a tight ship and ultimately lost this game after an inexcusable third quarter. It was a bloodbath – literally and figuratively.

However, there’s something to be said about Joel Embiid’s past as being a dirty player.

In the past two seasons, Embiid has gotten called for seven flagrant fouls, tied with Russell Westbrook for the most over that span. You would think that matters to the refs and that they would take that into consideration when determining whether it’s a 1 or a 2. But not against the Nets. Not while they’re down 1-0 with a match up in Brooklyn on Thursday.

Meanwhile, Embiid couldn’t contain himself in the post-game conference. While Allen could’ve been severely injured on the play, Embiid and Ben Simmons were both cracking up when they were talking about the malicious foul.

Allen and the Nets still wouldn’t budge. Instead, they were happy that Allen made a good defensive play… and got right back up.

“He hit me hard and I took a charge, so I was more pumped up then I was upset with the refs not calling a flagrant two,” Allen told NetsDaily. “It was only a busted lip.”

At the end of the day, the Nets lost the game. They’ll leave Philly with two upcoming games at home, but it might be hard to forget what Embiid did to Allen on Monday and what he’s gotten away with for a large portion of his career.

But nobody will say it. Nobody will think about it when the series is over. The Nets are thinking about moving on and getting ready for Game Three at Barclays Center on Monday.

“We lost, we ain’t thinking about that,” DeMarre Carroll told NetsDaily after the game. “We gotta focus on the next one.”

What’s next? As it does with all flagrant calls, the league office will review the video and decide whether the call should be upgraded, downgraded and let stand. Even if it is upgraded to a Flagrant 2, don’t expect a suspension, just a fine.