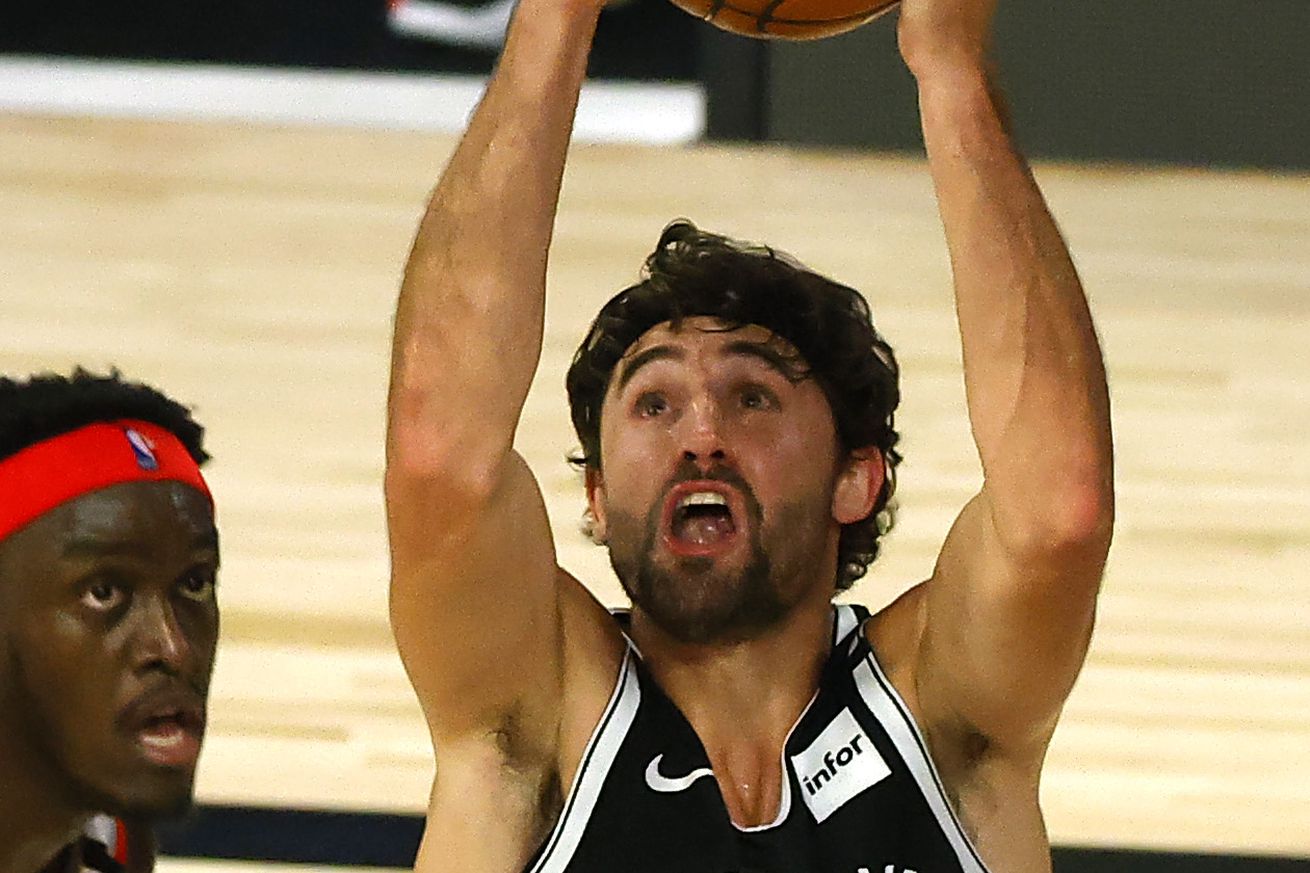 It may or may not have been planned but on the day after Steve Nash spoke to New York media, four of his players were on the record in podcasts and online interviews talking about their new coach … and their hopes for next season.

Kevin Durant, of course, spoke to J.J. Redick on his “Old Man and the Three” podcast. and spoke about why he wanted the Nets … and not the Knicks. (He spoke as well to reporters at a Washington Football Club luncheon.)

He wasn’t alone. Caris LeVert spoke with Ryan Ruocco and C.C. Sababathia on the R2C2 podcast, Spencer Dinwiddie spoke to Shlomo Sprung of Forbes Sports and Joe Harris was on JWilly, a UVA-themed podcast hosted by his former assistant coach.

Each spoke about Nash and how much they respected him. In addition, Harris said he had sat down for coffee with Nash and Sean Marks to get acquainted.

“I met with him the other day, grabbed a coffee with him and Sean. First time I met Steve,” Harris told “The JWilly Show” podcast. “His reputation obviously across the league is incredible. Everybody that’s ever played with him, everybody that’s ever been around him, nothing but good things, and that’s exactly how he was in person, too.

“You add that into the mix too, you have a coach like Steve Nash — and I’m excited to see the staff he assembles — but factor that with what Brooklyn’s already got going on and it obviously makes it a very appealing place.”

Similarly, Dinwiddie spoke of Nash … and his surprise at the hiring.

“It was definitely out of left field,” he said. “I think overall, it makes sense from the relationship perspective.”

He believes Nash will be fine despite his lack of experience.

And Dinwiddie didn’t shy away from the controversy surrounding the hiring of an inexperienced white coach while other Black coaches can’t get head coaching gigs.

“Obviously white privilege is a thing, 1000%,” Dinwiddie said. “But in this situation, he’s only one of the most qualified basketball players of all time and is friends with the stars of our team and the GM of the team [Sean Marks, who played with Nash in Phoenix]. It kind of makes sense beyond the fact that he doesn’t have coaching experience.”

As for x’s and o’s, Dinwiddie told Sprung he’s not concerned. Coaching is bigger than than.

“It’s more like if we’re losing three, four games in a row and KD gets mad or Kyrie gets mad, how do we make sure that everybody stays together, make sure things are okay,” he said. “And okay, DJ [DeAndre Jordan] hasn’t gotten a lob in seven plays, how do we get him a touch? It’s moreso that type of management than it is ‘call this play.’”

Dinwiddie also updated his medical condition. Unlike many of his teammates who tested positive for the coronavirus, he actually came down with COVID-19 after he returned to Brooklyn from San Antonio in June.

“After the initial three weeks that I was dealing with it, I probably felt the effects for maybe another couple,” he told me. “After a month and a half or so, I was pretty solid.”

LeVert spoke about Nash as well as Kyrie Irving. The Nets swingman said he got a call from Sean Marks about the hire just before it hit Twitter.

“Sean called me before I saw it on Twitter,” said LeVert, indicating he was not consulted before the Nets decided on Nash. “He said, ‘Steve’s going to be our coach going forward and I think he’s going to reach out to you in the next couple of hours. If you have any questions, let me know. It was early in the morning. So it wasn’t just a long talk.

“I spoke with Steve. I have a good relationship with Steve, too” he noted. “You know I worked out with him maybe two, three years ago. Actually, with KD. And I worked out with him again last year. Like you said, extremely high basketball IQ. Obviously a two-time MVP. Great leader on the court, so I can’t wait to learn from him and soak up as much knowledge as I can learn from him. I think this will be a great situation for sure.”

Talking about his relationship with Durant, LeVert said they’ve had a lot of interaction.

“He’s been huge for my development,” he said. “I was working out with Kev for two, three months. A lot of 1-on-1 battles. A lot of skill work, shooting work. Both of those guys (Durant and Irving) are artists. It’s crazy to see how locked in , how hard the go every single rep.”

“I would say Kyrie is one of the best teammates I’ve had. It’s honestly crazy when people talk about him being a bad teammate,” he said. “Great guy to learn from. Great guy to go to war with. We can’t wait for next year. I think he’s going to be really special…