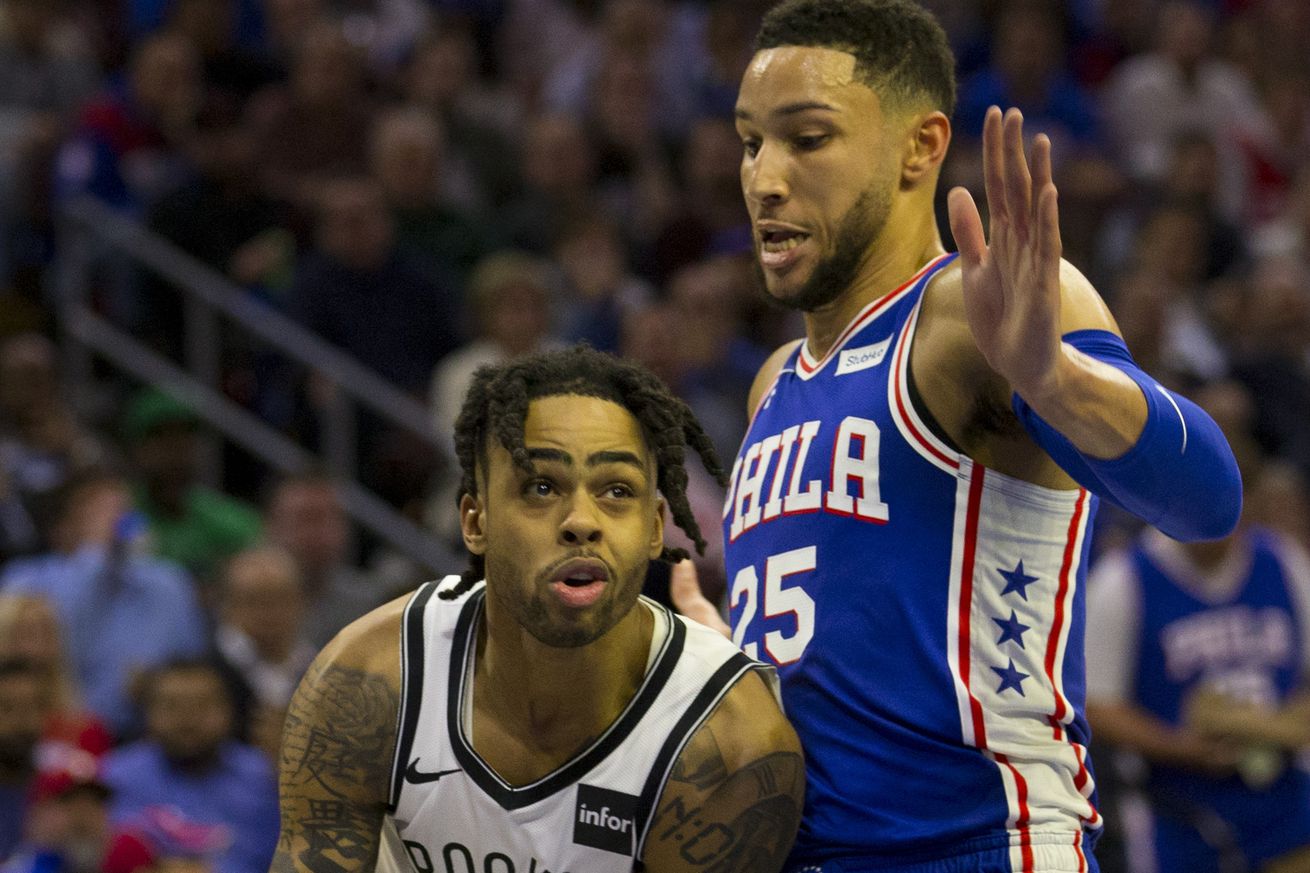 After the Nets loss to the 76ers on Monday night, both Brett Brown and Kenny Atkinson praised Ben Simmons, not just for his triple double on offense, but for his defense on D’Angelo Russell, who had burned Philly with 26 points in the Nets Game 1 win.

“I think for him to respond the way that he did, he was extremely aggressive. I thought his defensive effort on D’Angelo was spectacular, his aggression especially,” Brown said of the marquee match-up.

“Ben was excellent,” Atkinson added. “He really picked it up. … They picked [Russell] up full court, denied him. That got us out of our rhythm.”

Russell had 16 points, but shot just 6-of-16 with two assists and four turnovers. It was his first game with fewer than 20 points since March 28, when he had 13 points in the last game of the Nets road trip … vs. Philly. In the seven games before Monday night, in the regular season playoff push and Game 1, Russell had an extraordinary run. He averaged 25.1 points a game and 6.3 assists while shooting better than 45 percent from three taking over game after game.

And his Game 2 playoff performance was a big change from Game 1 when DLo dominated Simmons, going for 26 points and four assists while Simmons looked anemic with a 9/7/3 stat line that led to a lot of boos from the famously fickle Philly fans.

Russell of course wasn’t the only Net to have a bad game. Joe Harris took only four shots, making one, a two-pointer. Caris LeVert, after a sterling 23 point effort in Game 1, had only 13 points in Game 2.

Now, it will be up to Atkinson and Russell to change things up Thursday night and DLo is looking for the hometown crowd to create a “buzz” to drive things.

“The buzz around the city is what we need,” said Russell after Game 2. “We need that atmosphere. We need that intensity to be up like that.”

As for Simmons, DLo’s high school teammate, he said it’s no time for nostalgia. He’ll be ready for the battle.

“It’s cool. It’s real cool when you look back on it. But we’re here now, it’s competitive,” Russell said. “I don’t really have too many nice things to say about my opponent when it’s blood-for-blood.”