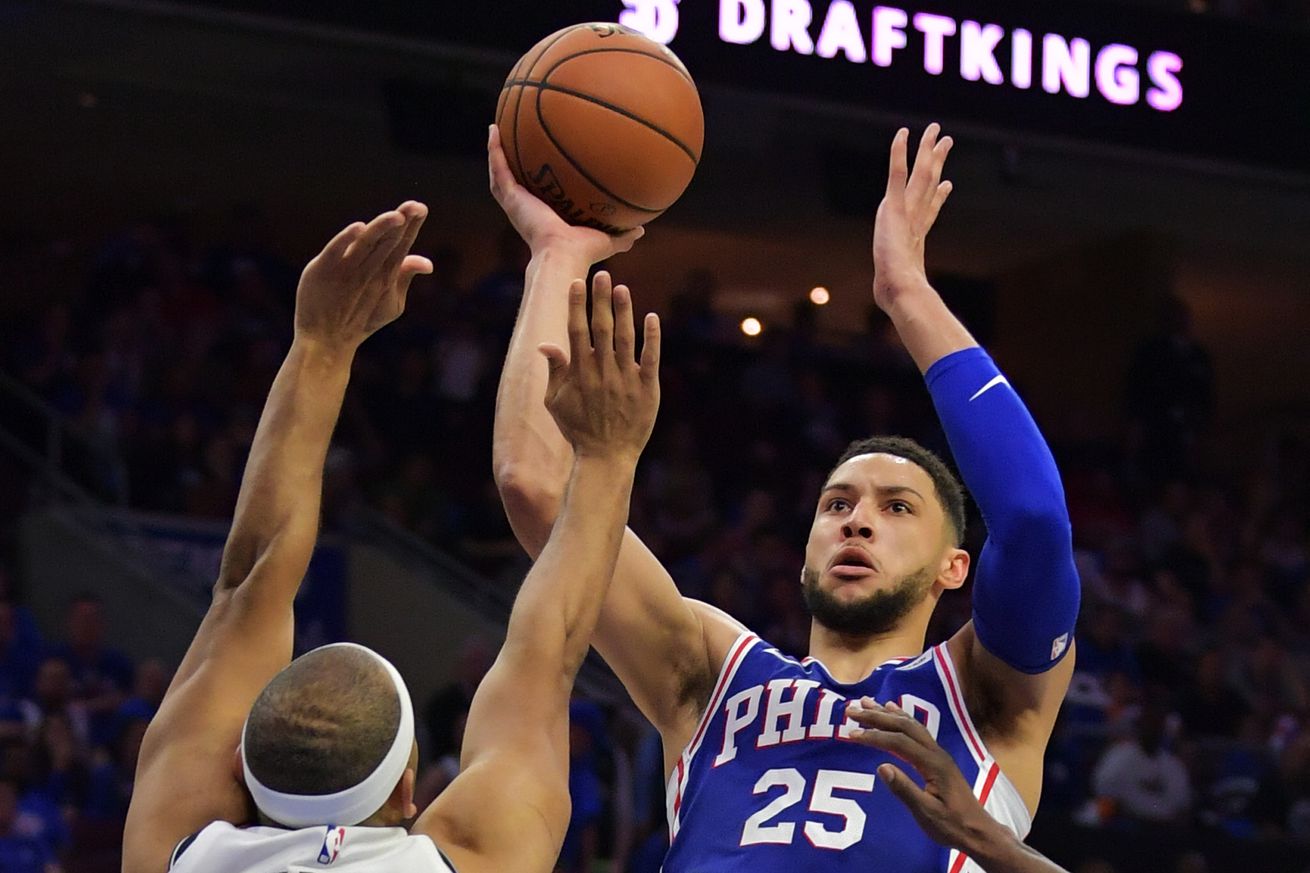 After some nerves early in the first quarter, the Nets settled into a lead with 2:28 left, then taking their first double-digit lead 36 seconds into the second.

The 76ers managed to get as close as two points with 9:51 left in the third, but never challenged after that. It was the Nets game from then on.

And how did Brooklyn hold that lead? A number of reasons, but one in particular was startling and possibly not a one-time thing. The 76ers couldn’t hit their deep shots — and in some cases, it must be said, they simply can’t hit them. Here’s some facts, objectively, of course …

Philadelphia shot 3-of-25 from three Saturday.

JJ Redick shot 1-for-4 and was in foul trouble, eventually fouling out trying to guard quicker Nets players in the backcourt.

JJ Redick has now shot 8-of-31 (25.8 percent) from three in five games against Brooklyn this season.

Tobias Harris has shot 32.6 percent from deep since being traded from Los Angeles to Philly and it’s getting worse…

He’s shot under 23 percent from three – including Saturday – since mid-March.

Jimmy Butler has shot 27 percent from three since the trade deadline when Philly gave up a very good three-point shooter, Landry Shamet in the Harris trade.

In fact, Butler’s 33.8 percent from deep this season is his worst mark in three years.

Joel Embiid is a 30 percent three-point shooter, and the Nets were only too happy to let him fire away and stay out of the paint.

What Brooklyn lacks (in comparison to Philadelphia) is top-end talent, which typically wins in this league. At the very least, the Sixers have three, probably four, of the top five players in this series, and one of the most talented starting line-ups in the NBA. (That is when they play together, but that only happened 10 times for a total of 161 minutes before Saturday.)

However, it doesn’t appear Philly has enough firepower to shoot themselves back into a game if the Nets build a big lead. Philly’s one huge run at Brooklyn spanned from 1:17 left into the second through 9:51 to go in the third. Philly turned a 62-47 disadvantage into a much smaller 65-63 deficit, thanks to a 16-3 run. Here were their scoring possessions:

Butler two-pointer in the paint

Butler three at the halftime buzzer

Butler two-pointer in the paint

Embiid two-pointer in the paint

Other than Redick’s long two, the 76ers relied on their physicality, which is their bread-and-butter. It’s their game. Indeed, although DLo may disagree, Philly is bigger and stronger. But can the Sixers shoot well enough to cut through a sizable lead from the hard-playing house-money Nets?

It didn’t look that way in the first game.

Historically, jump-shooting teams didn’t perform well in the playoffs until Golden State spawned two of the top-five shooters in NBA history with Steph Curry and Klay Thompson, subsequently adding Kevin Durant to the mix. LeBron’s Miami and Cleveland squads also shot their way to victory at points during the playoffs. LeBron always had (until he joined the Lakers) a solid three-point shooter or two alongside him.

The Nets have the best three point shooter in the game (Joe Harris) and another player who set a franchise record for three’s (D’Angelo Russell). Moreover, their entire roster, outside of Ed Davis, will fire away from three if wide open. During the regular season, the Nets averaged 36.2 three-point attempts per game, fifth most in the NBA. The Sixers averaged 30 attempts, and stood in the bottom half of the NBA both before and after their blockbuster move in February.

On Saturday, the disparity widened. The Nets shot 11-of-26 or 43 percent from deep while the 76ers were lousy beyond the arc at 3-of-25. It’s unlikely they’ll be that bad again, but as the numbers above show, they haven’t been a reliable three point shooting team for a while.

In fact, statistically, the Sixers’ best shooters other than Redick (39.7 percent) are no longer with the team: Landry Shamet, Robert Covington and Wilson Chandler all of whom shot 39 percent or better from deep while with the 76ers were traded away in the Butler or Harris trades. Mike Scott who’s hit 41 percent of his three’s since joining Philly, should be able to fill that role but he shot 1-of-8 on Saturday.

And Brooklyn ain’t scared of Philly’s physicality either.

Exhibit A, Mr. Dudley’s tweet moments after the victory.

Exhibit B, Mr. Russell during the victory.

If the Nets are able to keep building big leads — and the Sixers can’t (or won’t) take deep shots after going down early, we may see the Nets in Toronto — or Orlando — for round two.

We’ll get a better read tonight, and don’t be surprised if Philly comes out in the most physical way in order to compensate for that lack of shooting. It will be up to the Nets to prove they can handle that push.