Giannis Antetokounmpo led the Milwaukee Bucks to their first NBA title since 1971 on Tuesday night, but it’s the Brooklyn Nets who are favorites to capture a ring next year.

BetMGM just released their 2022 NBA championship odds and the Nets are favored to win it all. They sit at the top of the league with +225 odds. The Los Angeles Lakers are the closest threat with odds of +450, followed by the Bucks at +800 and the Warriors and Jazz at +1200.

Next season will be a redemption year for Brooklyn. The Nets were eliminated in the second round of the playoffs at the hands of the Milwaukee Bucks. It took seven games including an overtime thriller in Game 7 for Brooklyn to go down. The Nets were also without James Harden in Game 1 of that series after he re-aggravated his hamstring in the opening minutes. He went on to miss Games 2-4 and played Games 5-7 on a grade 2 hamstring strain. Kyrie Irving also missed a couple games in the series after injuring his ankle in Game 4. He went on to miss the rest of the series.

With two members of Brooklyn’s big three plagued with injuries, Kevin Durant was forced to tap into a different gear. The Nets star averaged 35.4 points, 10.6 rebounds and 5.4 assists in the series to help keep the Nets alive to even make it to seven games. He is due for some more starpower help next season and he will get it.

What comes with these high expectations is more pressure for Nets GM Sean Marks. This summer, he will be left to choose who to surround his big three with. He has already guaranteed that there will definitely be roster changes. In all due time we will find out if the Brooklyn Nets can live up to the hype. 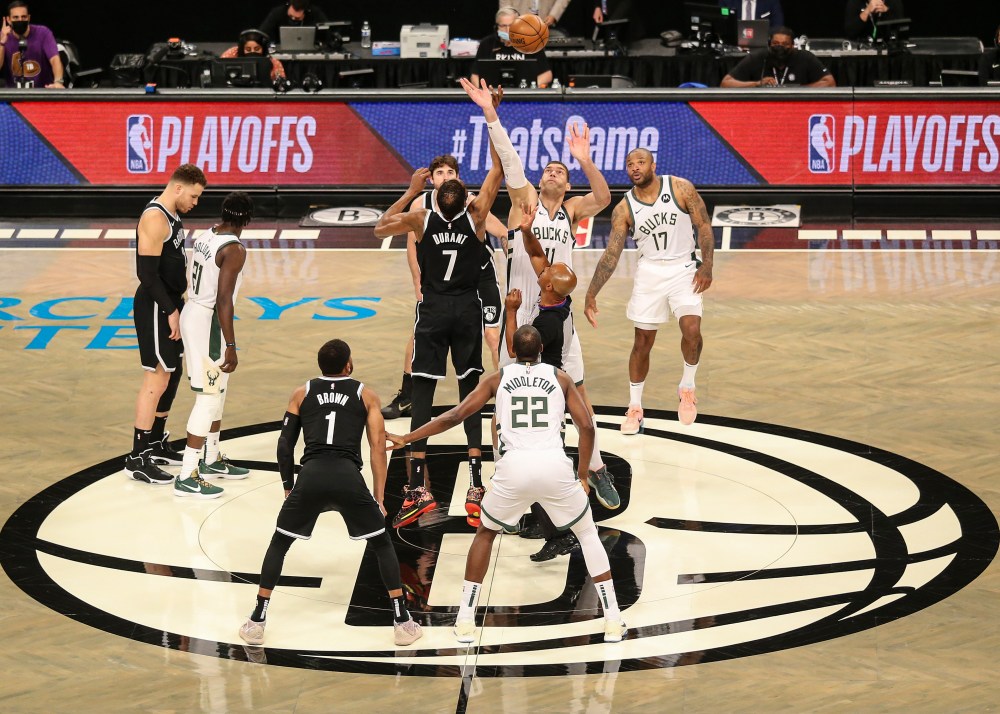