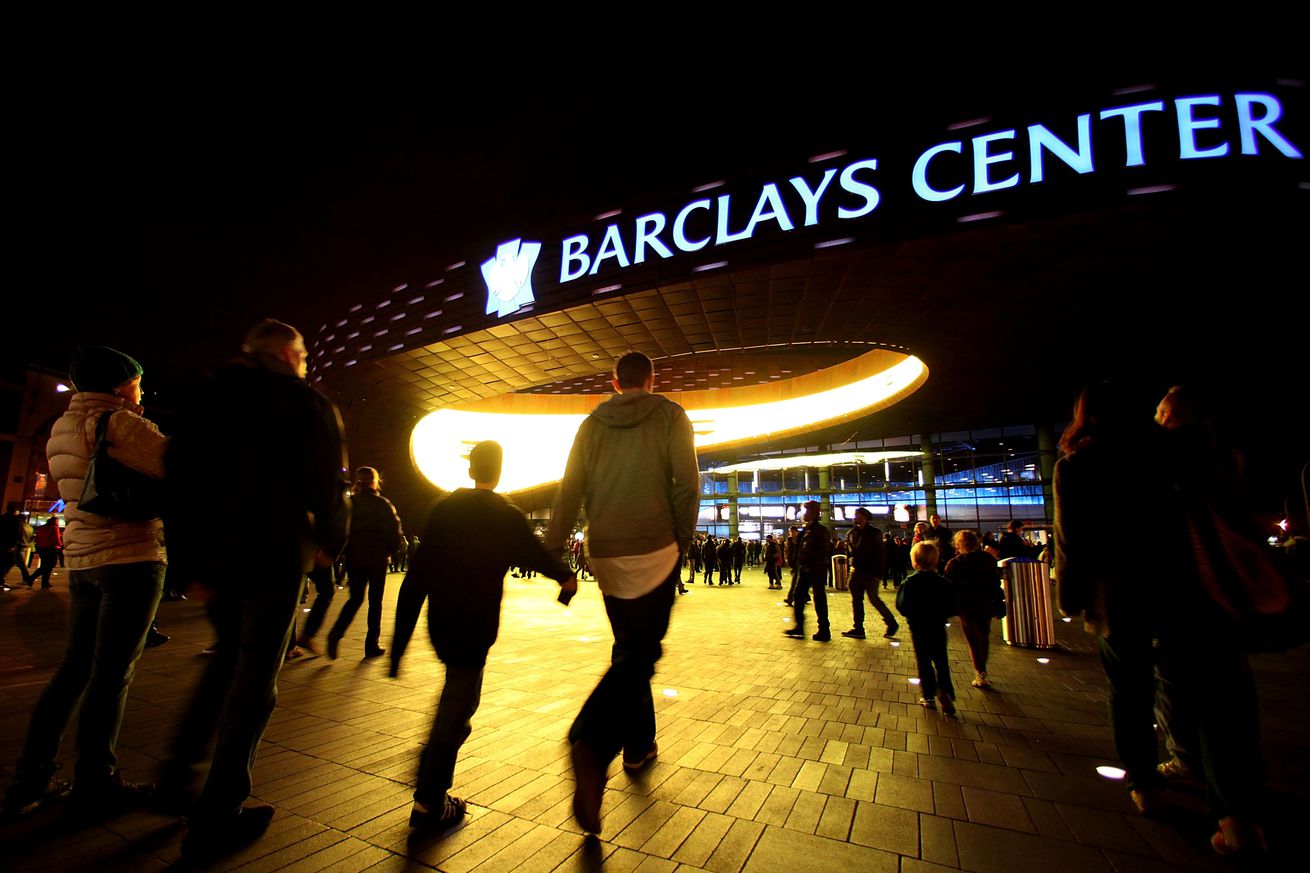 The Nets return to their practice court in Brooklyn Wednesday as they get ready for the first post-season game at Barclays Center in four years, since the Hawks beat them in six games in 2015.

A win in Thursday’s game at Atlantic and Flatbush would put the Nets up 2-1 — and help them forget the shellacking they took in the second half Monday night in Philly. Players are hopeful that the crowd will be ready.

“Very, very excited. I know the Barclays Center is going to be jumping in there,” D’Angelo Russell said. “I know our fans are [hungry]. Philly fans, they treated us well. I know our fans are going to treat them well, so we’re excited about that. Get back home, take care of home court. The buzz around the city is what we need. We need that atmosphere, we need that energy to be up like that.”

“I expect the crowd to be pumped up. We’re happy to bring the playoffs to Brooklyn. It’s been a couple years, so happy to have them with us,” Jarrett Allen added.

“They’re going to show up and show out,” DeMarre Carroll said. “They’ve been doing it all year. The fans have been great. We have one of the best fan bases in the NBA. They’re supporting us, helping us, they’ve been with us. So at the end of the day they’re going to be there, and we can’t let them down. We’ve got to come out there with a lot of energy and we’ve got to throw the first punch.”

Did someone say punch? The Nets and their fans are still angry at how the refs in Game 2 didn’t call a Flagrant 2 on Joel Embiid for his elbow to Allen’s head in the first half, something Embiid laughed about post-game. A Flagrant 2 would have meant an ejection. It’s unlikely Philly would have racked up 51 points and shot 72 percent in the third quarter without the 7-footer. (The league declined to change the call following an automatic review on Tuesday.)

Still, the Nets did what they needed to do in Philadelphia. They took away Philly’s homecourt advantage with their big win in Game 1.

“If you would’ve told us before we’re splitting in Philly, I think we’d be happy,” coach Kenny Atkinson said. “One thing about the Brooklyn Nets, they’ve always bounced back and always responded after [losses]. I expect our guys to respond.”

Despite ranking last in the NBA in average attendance during the regular season (14,941), the Nets have the most expensive first-round NBA playoff tickets on the secondary market this decade, according to TicketIQ.

The average asking price for the games at Barclays Center was already $400, with a get-in price of $115. But that was Friday, before the Nets rolled down the Turnpike and drilled the Sixers in Game 1. Now? The average price has vaulted up to $658, and the get-in price has jumped 60 percent to $184.

The question, of course, is how many of those tickets were sold to Philly fans who are only a Turnpike toll away. But mostly, it’s about pent-up demand for playoff basketball in New York. Or as Rodions Kurucs put it, “I hope the whole New York will support us. The New York Knicks are not in the playoffs, so I hope so.”

Kurucs has become the unlikely voice of the team, showing his trademark toughness. He wants everyone to know he’s come to play, particularly Ben Simmons who called him “that other kid” after Game 1.

“He plays hard, and I play hard. Also, I don’t like that he said in the media that JD is guarding him and ‘that kid.’ Now I want to let him know that he knows my name,” Kurucs said. “I’ll play hard. I’ll go at him, and I’m not scared of him.”