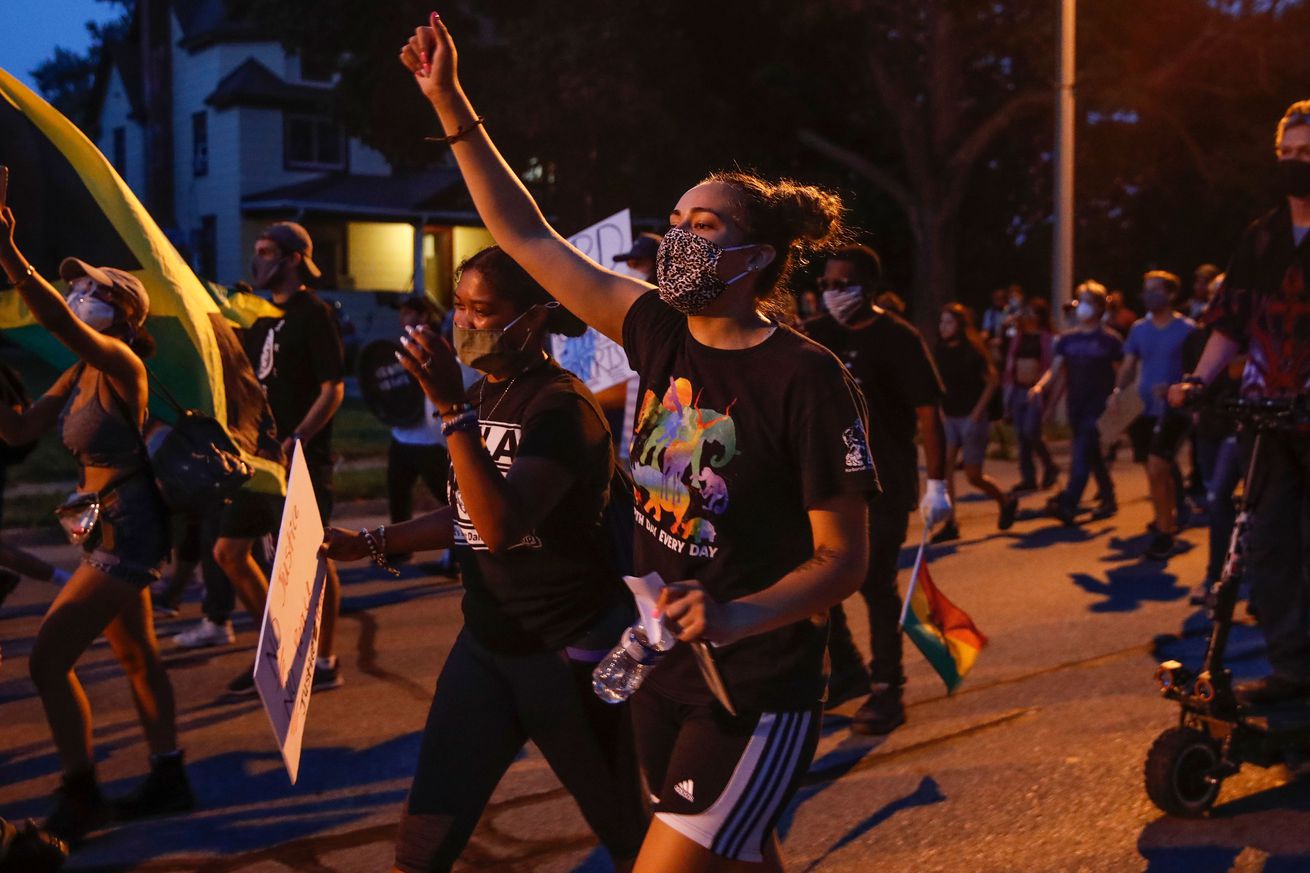 We’ve asked a couple of our writers to share their thoughts on social justice and the NBA. Back in 2014, Brian Fleurantin wrote of police killings We asked him to take another look.

We’re reliving our national nightmare. Again and again and again and again. Last weekend, Jacob Blake was shot seven times — in the back, — in front of his children by police officers in Kenosha, Wisconsin. The shooting left Blake paralyzed and as he recovered in the hospital, he was handcuffed to his bed. After public outcry, officers agreed to take the cuffs off of him as he lay in his hospital bed.

Following the Blake shooting, protesters again came out in the community to express their fears and outrage about the latest shooting of a Black person at the hands of police officers in the United States. During those protests, two protesters were killed and another were shot, allegedly by Illinois teenager Kyle Rittenhouse, who drove from his home in Illinois to Kenosha with a rifle. Rittenhouse is currently facing charges, but a scheduled hearing was pushed back to late September.

Amidst the pandemic and prior to entering their respective bubbles, players in the NBA and WNBA were out in the community protesting police brutality and racial injustice at large. As they’ve been in Florida since July, they have worked to bring more awareness to police brutality against Black men and women in the US.

Everyone’s been doing their best to keep it together and do what they need to do in order to function, but the latest shooting broke everybody. Players on the Toronto Raptors and Boston Celtics talked about the stressors they felt being in the bubble and seeing the limits of their platforms despite their best efforts. George Hill of the Bucks was even more direct, publicly asking why the hell they were in the bubble to begin with.

It all boiled over on Wednesday when the Bucks boycotted Game 5 against the Orlando Magic. Shortly thereafter, the rest of the teams in the NBA bubble joined in followed by the WNBA bubble. Teams in other leagues joined in boycotting their games and it even reached the league office and Nike.

From there, things got moving quickly. The players were able to get in touch with Wisconsin Lieutenant Governor Mandela Barnes, who got them to meet with Governor Tony Evers in a group Zoom call. With an assist from President Obama, the players decided to end the boycott/walkout and came back to play. The biggest gain was getting the team owners to agree to have their arenas serve as polling locations for the November elections.

On the surface, that doesn’t seem like much if you wanted the players to burn the collective bargaining agreement down in the name of protest, but that’s still a pretty significant win. In states like Georgia, Wisconsin, and Florida where legislators are throwing up barriers to prevent people from voting, increasing access to the ballot in a substantial way will have numerous benefits for the community. The big focus is on police brutality, and with: police budgets, who gets elected district attorney, training protocols, etc being local issues, getting as many people involved and electing officials that will rely less on the carceral state will have long lasting effects on our communities. Of course, you need legislators to actually keep their word and do what they say they will, but one step at a time.

One question coming out of this week is can more be done? Jaylen Brown believes so:

“I think promises are made year after year. We’ve heard a lot of these terms and words before. We heard them in 2014 — reform. We’re still hearing them now. A lot of them are just reshaping the same ideas and nothing is actually taking place. Long-term goals are one thing, but I think there’s stuff in our wheelhouse as athletes with our resources and the people that we’re connected to that short-term effect is possible as well.

“Everybody keeps saying, ‘Change is going to take this, change is going to take that.’ That’s the incrementalism idea that keeps stringing you along to make you feel like something’s going to happen, something’s going to happen. People were dying in 2014, and it’s 2020 and people are still dying the same way. They keep saying ‘reform, reform, reform,’ and ain’t nothing being reformed. I’m not as confident as I would like to be.”

Staying here in Brooklyn could be instructive. Nets owners Joe and Clara Wu Tsai have been busy using their wealth to fund community initiatives dedicated to social justice and fighting racial inequality. Along with that, they’ve done work with pantries and high school students in Brooklyn. For as great as that is, it’s not unreasonable to ask other owners and allies, generally speaking, if there is more they can do to fight racial inequality and bring good outcomes to the communities they’re in. The NBA Board of Governors is composed of mostly billionaires and their using their resources, connections, funds, and influence in their various capacities is a more than fair ask. It’s a similar dynamic to 2018 when Warriors coach Steve Kerr was challenged by a reporter about not attending protests that were happening in Sacramento the night the team was in town. If you’re down for the cause, exploring ways to do more should never be an issue and for players, pressing them on their promise every step of the way will be a must.

Players have gotten criticism for not having a rock solid plan at the start of the boycott essentially being class traitors, but in their view, they maintained their leverage and got something genuine and meaningful out of this partnership with team owners. They showed that the bubble works incredibly well, but that addressing racism and injustice is just as important as the games. It’s a tricky balance to navigate, and Danny Green explains some of it here:

The players are doing the best they can with the platforms they have so if they can continue amplifying the work being done while helping out where they can, hopefully things get better.

Forgetting all of the analysis of things for a second, it’s safe to say we’re all tired. Tired of experiencing the constant waves of death and sadness. Tired of having to explain that cops acting with impunity is wrong. Tired of seeing killers getting funding and support even after they target our communities. Tired of having to watch helplessly as another person is taken away from us. Amanda Zahui B spoke for practically everyone in the bubble and wubble when she spoke after her recent game:

After setting the franchise record for single-game reb, @AmandaZahuiB declined to answer questions due to the recent events of social injustice. She played in honor of her uncle, who was deported from Stockholm to the Ivory Coast and sends a message to pray for justice and peace. pic.twitter.com/lcAdPdUjAo

As we continue in the bubble and beyond, all of our eyes will remain focused on what’s going on across the country. Players in both leagues have become more united in their goals and are fully dedicated to doing their part to ending racism. It’s exhausting and the responsibility to do so shouldn’t be on their shoulders, so they need the team owners to be helpful, access their vast resources, and do their part. The world is watching and we’ll see if they’re really serious about working with the players.