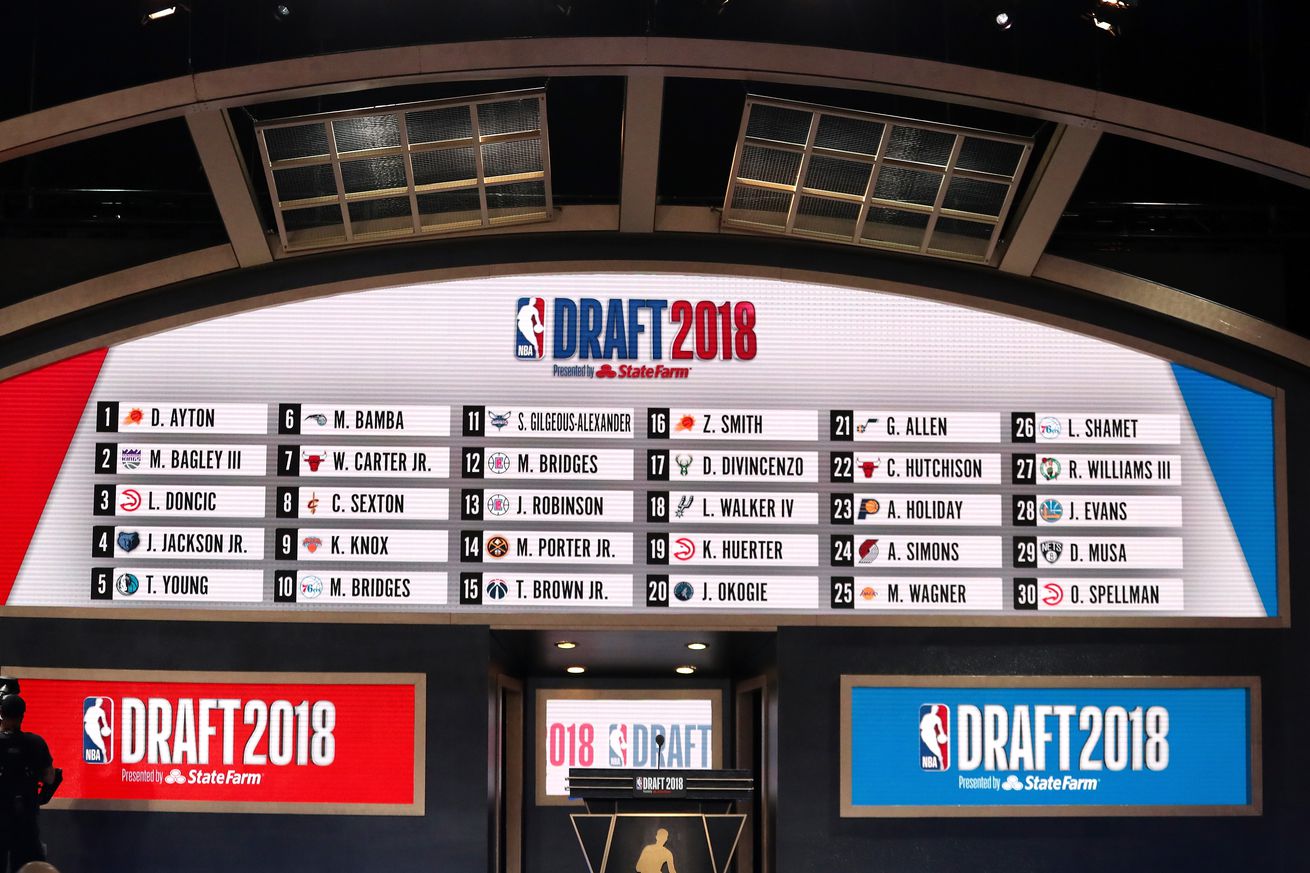 NetsDaily poster GNYR has followed the Nets draft situation all year and on Friday he watched the bouncing balls as the NBA broke various ties, including one between the Nets and Magic.

The Draft will be held June 20 at Barclays Center.

The order was determined Friday at NBA headquarters using a modified version of the lottery’s ping pong ball drawing. The Nets and Magic finished with the same record, 42-40, and draft position, unlike playoff seeding, is done via draw. The Magic came away with the 16th pick, the Nets the 17th. The drawing, televised live, featured Noah Eagle, Ian’s son, as host.

This is the first time during Sean Marks tenure as Brooklyn’s GM that he has control of his OWN pick and the highest pick the Nets have had since 2010, when they used the third overall pick to take Derrick Favors who was later including the Deron Willliams trade.

Also, the Nets have not had control of their own pick since 2013. But, Marks has found value in drafting later on in the draft via trades by selecting players like Caris Levert at 20, Jarrett Allen at 22, and Rodions Kurucs at 40. Dzanan Musa was selected at 29. He spent most of the year with the Long Island Nets.

The 27th pick in particular has been a value slot for the past six drafts. Rudy Gobert, Bogdan Bogdanovic, Larry Nance Jr., Pasal Siakam, Kyle Kuzma, and Robert Williams Jr. have all been selected with the 27th pick. All of these players have been productive for their respective teams. Gobert is an ALL-NBA player, Bogdanovic has put up solid numbers for Sacramento, Nance Jr. has been a good player for the Lakers and Cavs, Siakam has been unbelievable for the Raptors this season as he has taken his game to another level, Kuzma whose draft rights were acquired in the D’Angel Russell trade was one of Magic Johnson’s few good moves and Robert Williams has had his moments for the Celtics.

Do we expect the Nets to make all three draft selections? Cap Space is going to be very valuable this summer. The No. 17th pick will require a commitment of $2.2 million next season, while the 27th pick would add another $1.5 million to the payroll.

Could one or more of these picks be used to persuade a team to take on Allen Crabbe’s $18.5 million deal next season? The Knicks second round pick might be more valuable than the 27th pick because there’s no financial commitment with a second round pick. Moving Crabbe, even at the expense of a draft pick (or two) would allow the Nets more financial flexibility to pursue different avenues this summer.

So far, Sean Marks has done an exceptional job in finding players who have fit the Brooklyn culture and style of play. And it will be to no one’s surprise that whoever Marks selects in this upcoming draft will be a productive player even if this draft is considered to be “weak.” As the slogan goes, “In Marks We Trust”.