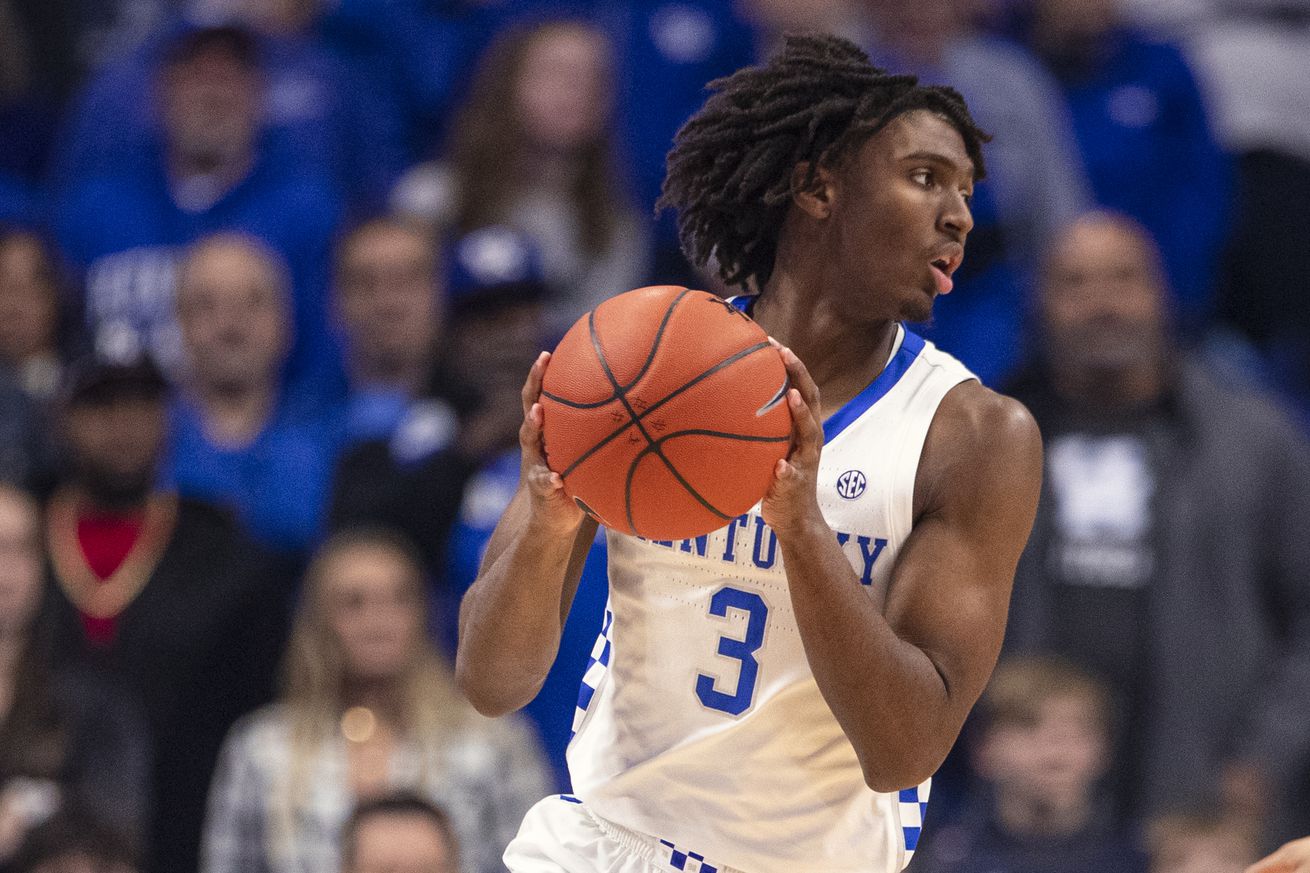 They could move back if LaMelo Ball or James Wiseman isn’t available at No. 8

The Knicks’ front office finds themselves in a bit of a quandary: They need a serious infusion of talent, yet they find themselves with the No. 8 pick in an unpredictable, reputedly weak NBA Draft. They might find someone really great at No. 8, but they are also flush with options on trading up or down in the draft order. With that in mind, Marc Berman of The Post is reporting that Leon Rose and friends are considering trading back:

According to two league sources, the Knicks are seriously mulling trading back in the Nov. 18 draft unless big man James Wiseman or point guard LaMelo Ball fall back to the eighth spot.

The Knicks have been linked to Ball forever, but this noise about James Wiseman is new…and disturbing. Wiseman plays the same position as Mitchell Robinson and, despite a larger offensive repertoire, probably isn’t as good. Hopefully this is just a smokescreen.

On the other hand, I’m sure many Knicks fans would relish the opportunity to watch their club snag another asset while trading back a few spots. Per Berman:

At No. 8, the Knicks have staged internal talks about swapping back with a team in the Nos. 12-15 range to gain a young player in his rookie contract while still making a lottery pick.

One player that’s been on their radar as a late-lottery guy is combo guard Tyrese Maxey, a one-and-doner from Kentucky.

I’m pretty sure Berman brings up Maxey simply due to the Kenny Payne/Worldwide Wes connection, but if they Knicks traded back and still managed to snag Maxey, that would be an absolute coup. Hell, I wouldn’t be mad if they drafted Maxey at No. 8 — I don’t think it’s a big reach or anything.

Teams directly behind the Knicks in the draft order include Washington (9), Phoenix (10), San Antonio (11), Sacramento (12), New Orleans (13), Boston (14) and Orlando (15). Berman mentions that the Magic have shown interest in Dennis Smith Jr. — could a larger trade be on the horizon?

This is some exciting stuff. Sadly, there are still five weeks left until draft night.