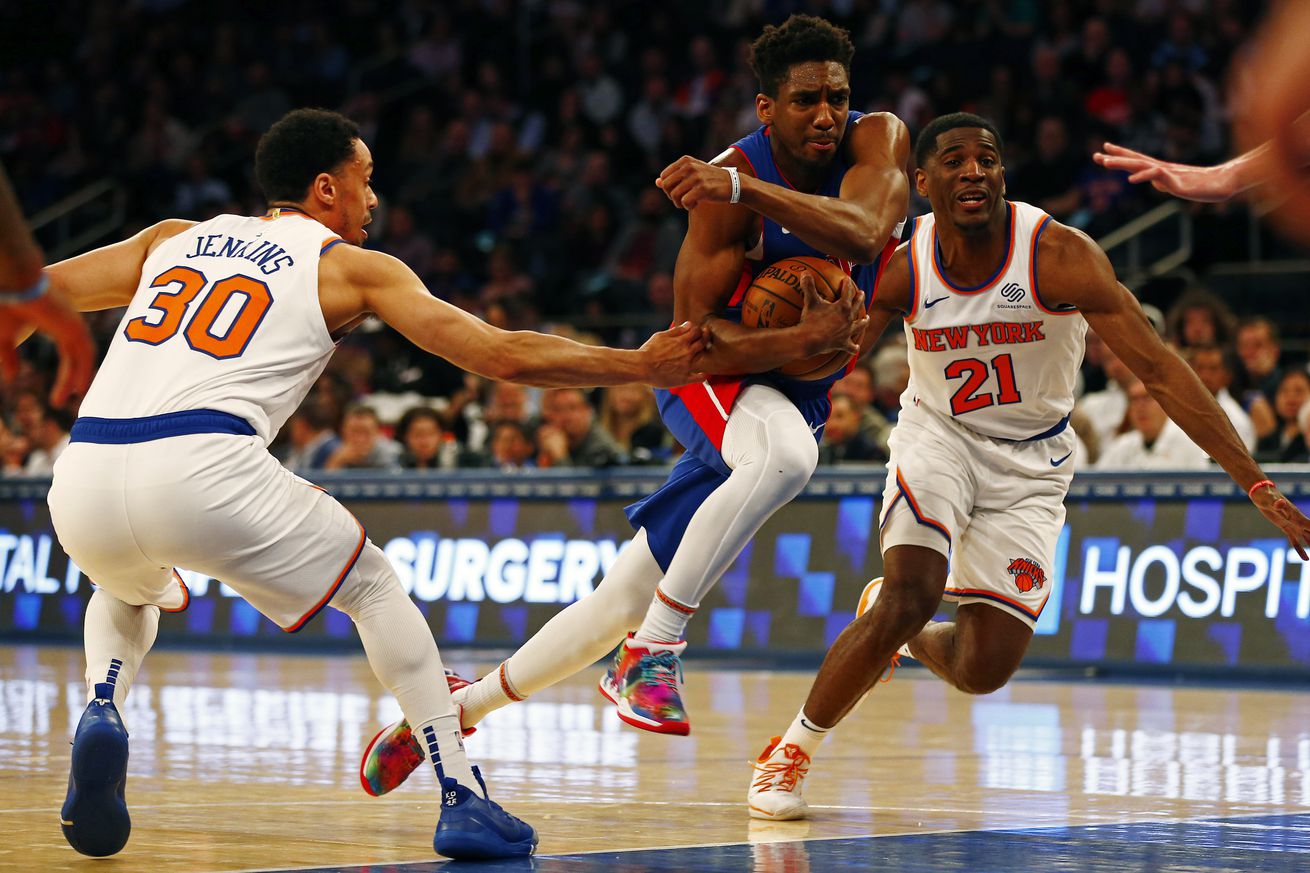 And, shit, what a Game 82 it was. I’m not even waiting for the final score. This was a slaughter, which basically sums up the Knicks’ season in a nutshell. The Pistons might be a fringe playoff team, but a fringe playoff team with something to play for is easily 10 times better than this current Knicks team.

Honestly, there was almost nothing enjoyable about this game. Mitchell Robinson got into foul trouble early, and at the time of this writing (about 5:30 left in the fourth) his two-block streak appears likely to end at 29 games.

But hey, he still dunked the ball a few times:

Mitch lobs are the only things I’m gonna have withdrawals from after tonight pic.twitter.com/qBV25thDsU

Mitch throws down the Dotson lob with his blocking hand pic.twitter.com/XzNfIVKLUZ

…and then a MONSTER ALLEY-OOP pic.twitter.com/LUHac6ce3F

That’s basically all there was to write home about tonight, folks. It was a Slaughter with a capital S.

Thank all of you guys so much for hanging with us this season, and there’s plenty more great content to come, including what I’m sure will be a much better Matthew Miranda recap than this slog of a game deserves. See you all in the offseason! (Tomorrow!)