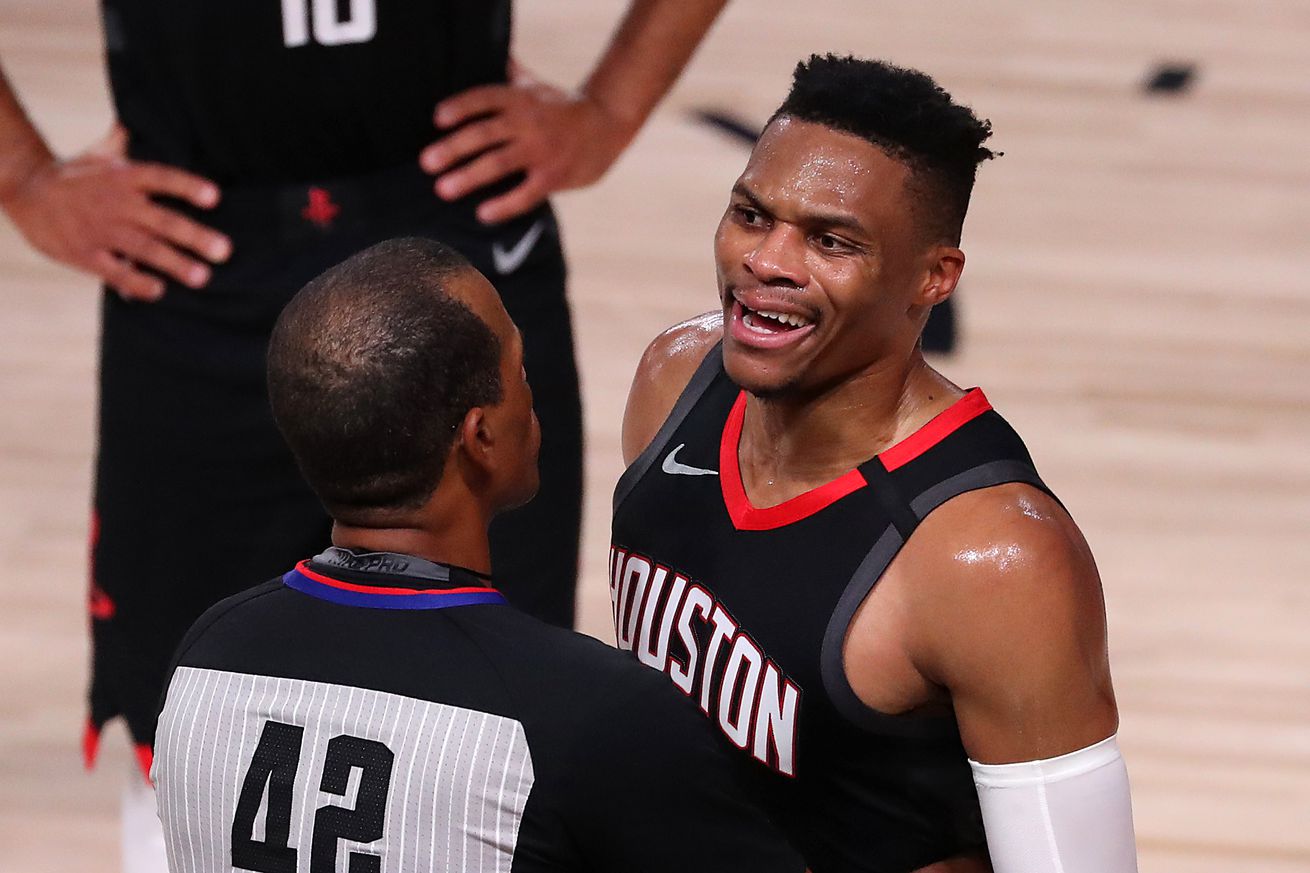 The Knicks are, according to multiple reports, at the very least kicking the tires about trading for Russell Westbrook. Some tires are best left unkicked.

First, to set the scene… In case you somehow missed it yesterday, Daryl Morey stepped down as the general manager of the Rockets.

This led to the rumor mill firing up about, well, anything Rockets-related, since this move presumably means the Rockets are getting ready to blow it up. But more specifically, Westbrook’s name started coming up in connection to the Knicks. First, from SNY’s Ian Begley (which technically was reported before Morey was let go):

Something else to keep an eye on: some agents who represent top point guard free agents believe the Knicks would poke around on a potential Russell Westbrook trade if Houston makes him available. It’s worth noting that Westbrook, per sources, saw New York as a welcome landing spot last summer when Oklahoma City was talking to teams about potential trades.

Westbrook’s work ethic and drive would have an impact on New York’s young players. But the deal — just like a potential Paul trade — would obviously have to make sense for New York. If they are going to take on Westbrook’s contract (three years remaining, third year is a player option, $132 million in total), you’d think that the Knicks would look for an additional asset from Houston.

At least Begley’s reporting the Knicks would be looking for an asset back (though, honestly, it would take assets with an S, if you’re asking me), but, unfortunately, the Rockets have barely any assets to give after surrendering more or less all of their first round picks to the Thunder to get Westbrook.

Marc Berman of the New York Post then got in on the action too, reporting he was hearing similar things:

Some people in the league believe Westbrook would embrace playing in the Big Apple, the fashion capital of the world. A West Coast guy, Westbrook’s top hobby is fashion.

The Knicks had no interest when Westbrook was put on the block in the summer of 2019, but that was when former president Steve Mills was in a more patient mode. Rose is looking to jump-start this rebuild, realizing November’s draft may not land an eventual star with the No. 8 pick.

OK, so maybe not similar things, but, y’know, things.

In this humble person’s opinion, trading for Westbrook would be a bad idea. There’s no amount of picks that could make eating his supermax contract (that will pay almost $50 million in his age-34 season in 2022-23) palatable, at least not that Houston could offer (which, again, they can basically offer no picks). On top of the financial ramifications, Westbrook can’t shoot, and has a style of play that doesn’t lend itself at all to helping develop younger players around him.

Anyway, guess we’ll know soon enough! We are a mere month away from the draft now, and the post-COVID CBA should be figured out by the beginning of November.