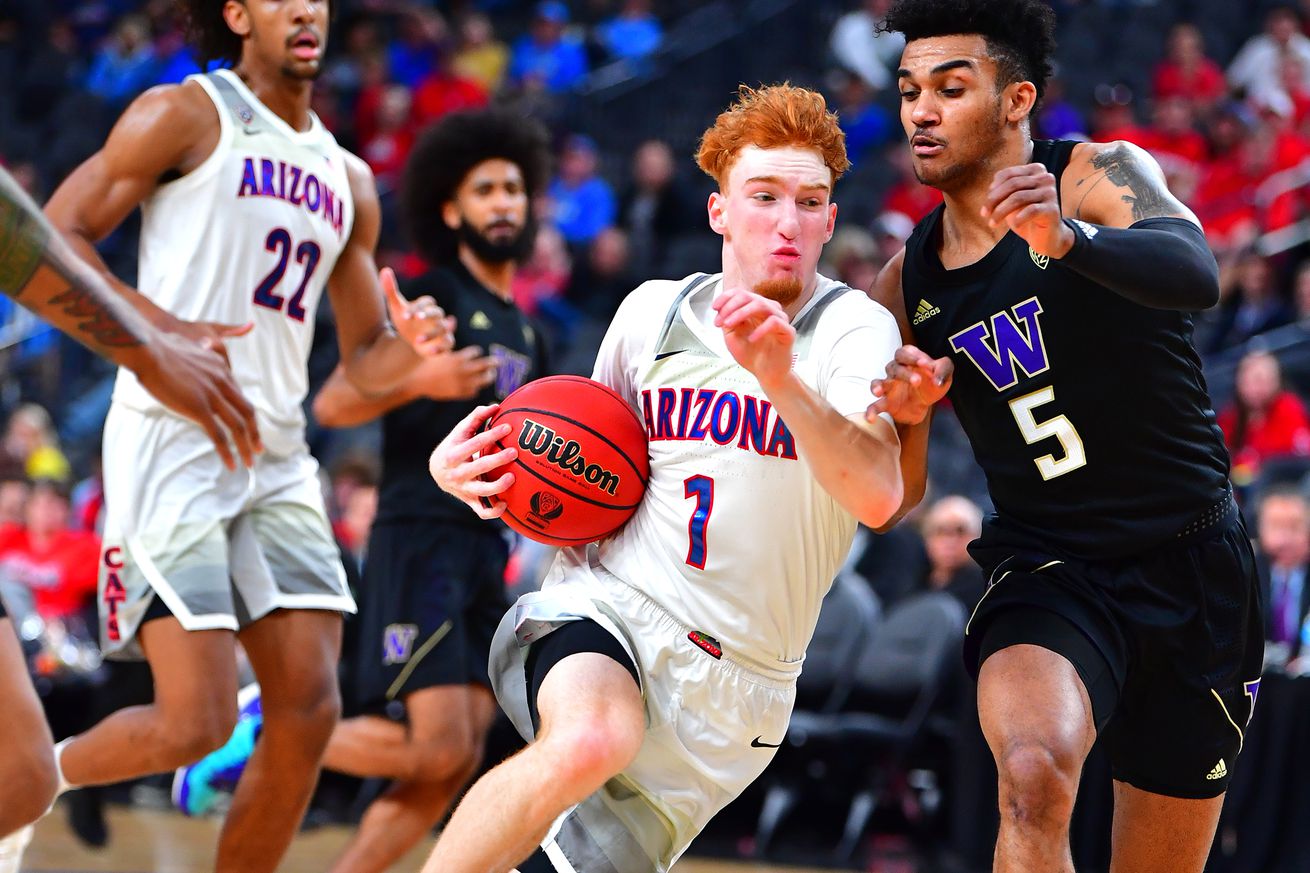 The point guard New York’s always looking for may be there at 27 or 38.

So far in life I’ve only had reason to root for two Nicos. One was Nico, the German artist who sang four songs on The Velvet Underground’s first album.

The other was Nico Kelly, played by the great Maurice Benard on All My Children back in the day. Nico and Cecily were an especially fun pair.

There is a better than decent chance the New York Knicks will draft a non-point guard with the eight pick in Wednesday night’s draft. LaMelo Ball seems a likely top-3 pick, if not #1 overall, Killian Hayes has been projected as high as fourth, and Kira Lewis Jr. is in the very narrow position of being a reach where New York picks but a bargain just a couple spots later. The Knicks may have to wait till their turn at #27 or #38 to select a point guard — you may have heard there’s a need there. You may hear Adam Silver call Nico Mannion’s name. You may not know who that is. You’ve come to the right place.

Niccolò Mannion, all 6’3” and 190 pounds of him, is a dual citizen of the United States and Italy. His father Pace was a second-round pick of Golden State in 1983 and played for a half-dozen NBA teams. Nico’s mom, Gaia, was a professional volleyballista in Italy. Mannion was the top-ranked recruit in the 2020 class according to ESPN, Rivals and 247Sports, but he reclassified to this year’s class. What if he’s available when the Knicks are on the clock? What can we infer from the numbers and the game film regarding the Roger Moore Red Mamba? (apologies to Matt Bonner, the original)

Mannion is constantly moving. Are you sitting while reading this? No judgment. Just saying: he’s not.

Mannion averaged over 14 points and 5 assists per game while earning Pac-12 All-Freshman and All-Pac-12 Second Team honors. His shooting percentages weren’t the stuff dreams are made of — 39% from the field, 32% from deep — but like fine ham, mitigating factors abound.

Mannion arrived at Arizona as an 18-year-old and was promptly given the keys to the executive washroom, leading the Wildcats in minutes, field goal attempts, three-point attempts and assists. If the Knicks draft him, he wouldn’t face the same immediate pressures. Not that pressure seems to get to Mannion. He not only embraces challenges, he makes it a habit to rise above. Sometimes he even floats above.

Lefty off the glass.

One reason Mannion takes so many floaters is he doesn’t exactly live at the rim. He and Cole Anthony took a lower % of shots from there than any of this year’s top point guard prospects.

“How unerringly we find the paths that unmake us,” Mike Carey (no relation to Vernon) once wrote. Maybe Mannion didn’t take too many shots from so close because he didn’t make too many. Only Cassius Winston hit a lower % of such shots than Mannion, and Winston took about 50% more shots from that range. If you narrow your focus to non-transition looks at the rim, Mannion made just 44%.

So Mannion ends up taking a ton of tough runners and parabolas off the glass. To his credit, he’s good at that. In the next two clips he hits over fellow draft prospect Payton Pritchard, then over #32, the taller Anthony Mathis.

Maybe quarantine has been good for Mannion’s calves: his vertical now measures 43 inches. So moments like this could be more frequent and more emphatic.

He’s more advanced at this stage of his development from the midrange and from deep, which is cool. Comparing Mannion to his draft peers again, you’ll note the only player to shoot better on more attempts was Winston, but the difference is soooo slim — if Mannion made just one more jumper out of every 44 that he took, he’d have the same % as Winston. The graph on the left measures field goal % on two-point jumpers; the right shows how many attempts each player had.

From beyond the arc Mannion shot the lowest % of all the point guards, though his attempts were middle of the pack, and unlike Pritchard, Winston, Tyrese Haliburton, Malachi Flynn, and Tre Jones, Mannion was a freshman. It’s not hard to imagine him improving on those numbers over the next couple years.

Most of Mannion’s buckets inside the arc were unassisted (78% at the rim; 89% of his two-point jumpers), while nearly 60% of his 3s were created by teammates. His overall effective field goal % was just 47%, but late in the shot clock — the last five seconds of a possession — that jumped up to 63%. Analytics says “clutch” doesn’t exist. Physicists will tell you there’s no such thing as a breaking ball. Carlos Beltrán would like a word.

That prior clip highlights another Mannion tendency: early in possessions or pushing on the break, girl loves to pull and pop from deep. But he’s no unrepentant chucker — even with his struggles at the rim, Mannion’s free throw rate (a measure of how many free throws a player gets divided by his field goal attempts) was .362, higher than Flynn, Terry, Jones, Winston, Pritchard, Haliburton and Kira Lewis.

As for passing, Mannion’s assist rate of 31.5% was slightly above the median of draft-likely point guards. If basketball tickles your fancy as a word problem in need of an answer, you’ll be happy to know more than 80% of his dimes came at the rim or behind the arc. His 2:1 AST:TO rate suggests solidity, but not like how a turkey sandwich is solid though unspectacular. Mannion can spread a little mustard on the pick-and-roll.

You like jump passes over the top of a zone? He’s got that.

My favorite assist in his clips is this one. Smarts and patience are both on display.

With 12 on the shot clock, Arizona big Stone Gettings has just gotten the ball.

He could launch, but the defense is going to swing his way, so he swings the ball to Mannion atop the arc. As he gathers, there’s juuuust enough airspace to get off a three-ball. Again, he was a super-highly recruited and celebrated diaper dandy. No one would blink if he put up the shot.

Instead, Mannion swings it over to fellow freshman sensation Josh Green, who has and who hits a better shot.

Mannion’s defense was apparently a plesant surprise, particularly at the point of attack. His footwork is quick and light, real Legolas, ya dig? But he def needs to get stronger. This one clip has evidence of both claims:

He’s no sprite at 6’3”, but the defensive side of the tracks will feel less wrong once he’s strong enough to impede his man on drives.

As for his sub-6’3” wingspan, Mannion, like many men before him, will have to learn to live with his lack of length. The next time you see him block a shot will be his first since high school. Teams will target him on switches; he can compensate by hitting the weight room and simply learning the pro game better over time. His best shot at becoming an impact defender may be hiding him on the lesser of opponents’ 1s and 2s and playing the passing lanes as much as possible.

Mannion’s a tough competitor, the kind of take-no-guff white guy a town like Boston would build a statue of before he plays his first game. It’s hard to imagine the Knicks picking him if they land Killian Hayes at #8 or trade down and pick Kira Lewis Jr. mid-first.

But if New York selects Isaac Okoro, Patrick Williams or Devin Vassell, even Haliburton, Mannion makes more sense as a starter-level project; even alongside another ball-handler, a la Haliburton or Frank Ntilikina, he makes sense. He can pass. He can shoot. He appears to be a point guard. The Knicks could do worse. They often have.