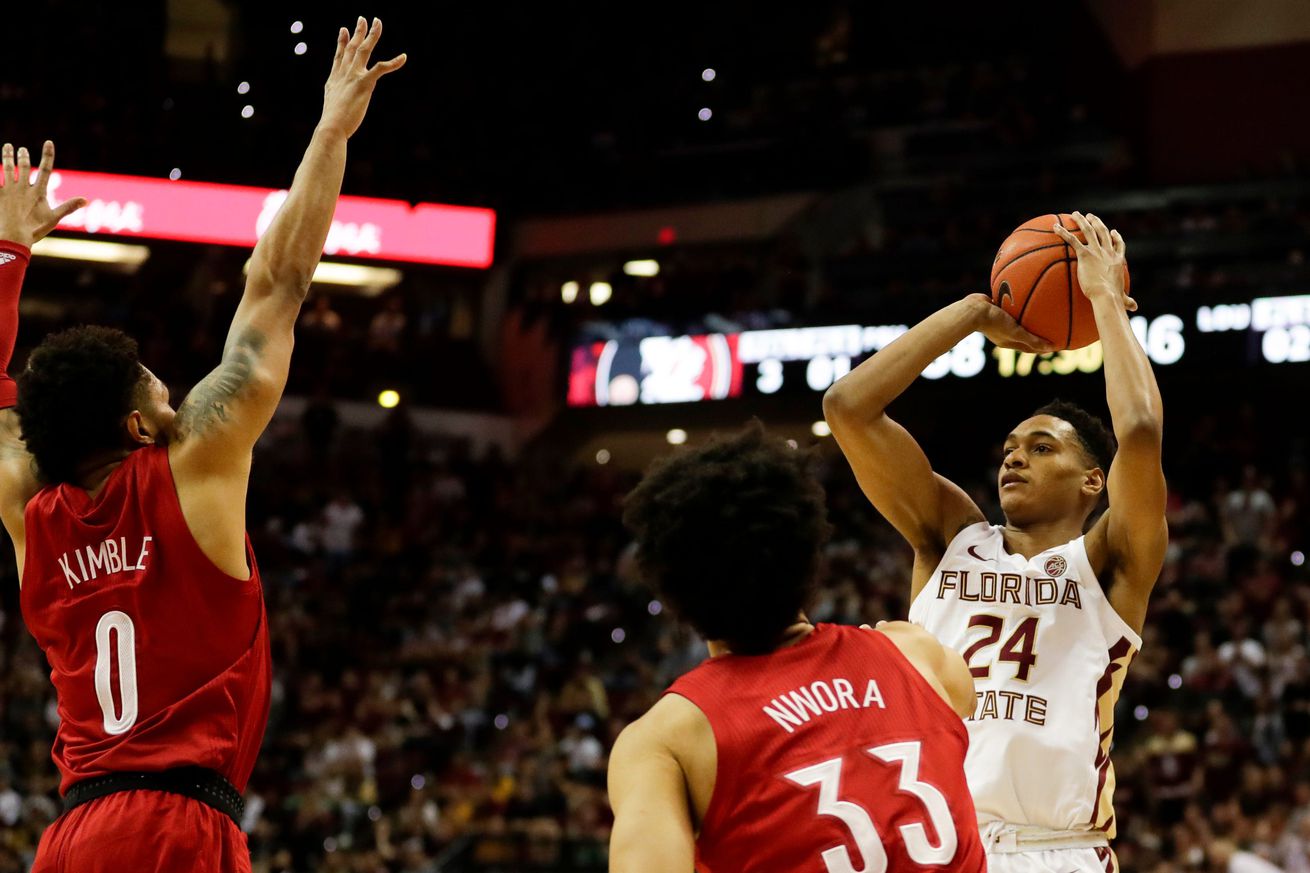 Could the funky motion be a concern?

We begin with LaMelo Ball, the presumptive No. 1 overall pick. A dude with his pedigree must have spoken to every team in the lottery at least once over the past few months, right?

Wrong. LaMelo went Jalen and Jacoby and revealed that only two teams have chatted with him during the leadup to the draft: the Knicks and the Warriors.

LaMelo Ball says he’s only talked to two teams on Zoom calls during the pre-draft process: the Warriors and the Knicks

There has been a great deal of noise about the Knicks liking LaMelo and perhaps trying to move up to snag him. The real surprise here is that no other clubs were giving him a call, particularly the Timberwolves (No. 1 pick), Hornets (No. 3 pick) and Bulls (No. 4 pick). There’s no way LaMelo would slip that far.

Next we move on to a player who will very likely be around when the Knicks select at No. 8: Florida State shooting guard Devin Vassell. He’s the guy in the white shirt in the following video, and you can clearly see him jacking the ball waaaay behind his head on his jumper. Not ideal!

This video made draft Twitter catch fire Thursday, though some people are defending Vassell’s slingshot motion. Knicks draft guru Prez made a thread breaking down Vassell’s shooting motion. He believes that Vassell might simply lack the strength to comfortably shoot from NBA 3 yet.

as soon as he gets picked (BY THE KNICKS) they need him doing proper biomechanics work (trap bar DLs, single leg work, rotational core work) and not whatever they got him doing now lol. THE HASHTAG NOBODY CARES SEND TWEET

That may be true, but in a draft where Vassell is supposed to be the safe pick, the form on the jumper could turn off certain teams, including the Knicks, during workouts.

What do y’all think? Does Vassell’s shooting form concern you?