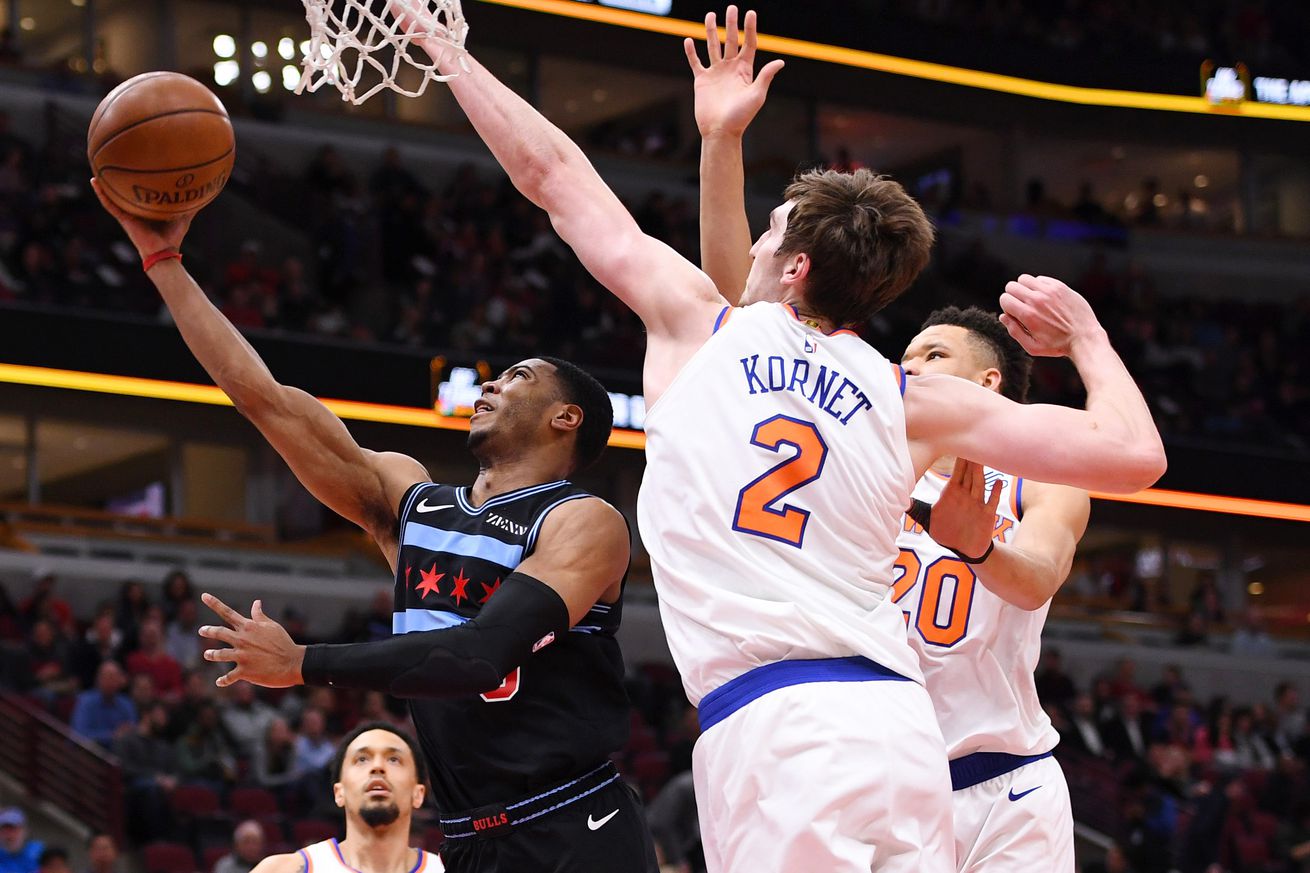 It wasn’t pretty, but this was probably the last dub of the year

That’s probably the last time these fingers will be typing that until at least October of this year — the Knicks have a Pistons squad playing for their playoff lives coming to the Garden on a SEGABABA tomorrow.

But for tonight, the Knicks beat the Windy City Chicago Bulls relatively handily, 96-86, in what could only affectionately be called a blowout when neither team could crack 100.

The Knicks led wire-to-wire in this one, at one point getting up by as much as 20 in the first quarter. Then the Bulls made a good ol’ fake comeback, narrowing it to as little as five, before the Knicks put them away. It actually felt really similar to the matchup between these two teams a week ago.

Dennis Smith Jr. made a pretty triumphant return to the starting lineup after Mario Hezonja fell ill before the game, dropping 25 points and five assists on 10-23 shooting.

DSJ beats the buzzer before the half pic.twitter.com/WpGgdJYTBt

Goin’ ⬆ on a Tuesday. pic.twitter.com/rKCXXe0que

Kevin Knox was cooking up early, but kind of faltered late. Still, though: a 17-point, 10-rebound double-double for the rook. The shooting percentage wasn’t there, but he’s looked good to end the season:

11 points, 4-5 from the field. Made three consecutive shots pic.twitter.com/NJbw4T1zoW

Shoutout to Damyean Dotson too, who shot a tidy 5-10 for 12 points to sort of break out of his recent slump. This version of the Bulls seems to have that effect.

There was more to this game, but Prof. Miranda will have you covered with a full recap in a bit. In the meantime, maybe call up KFTV and talk about (probably) the last win of the year: