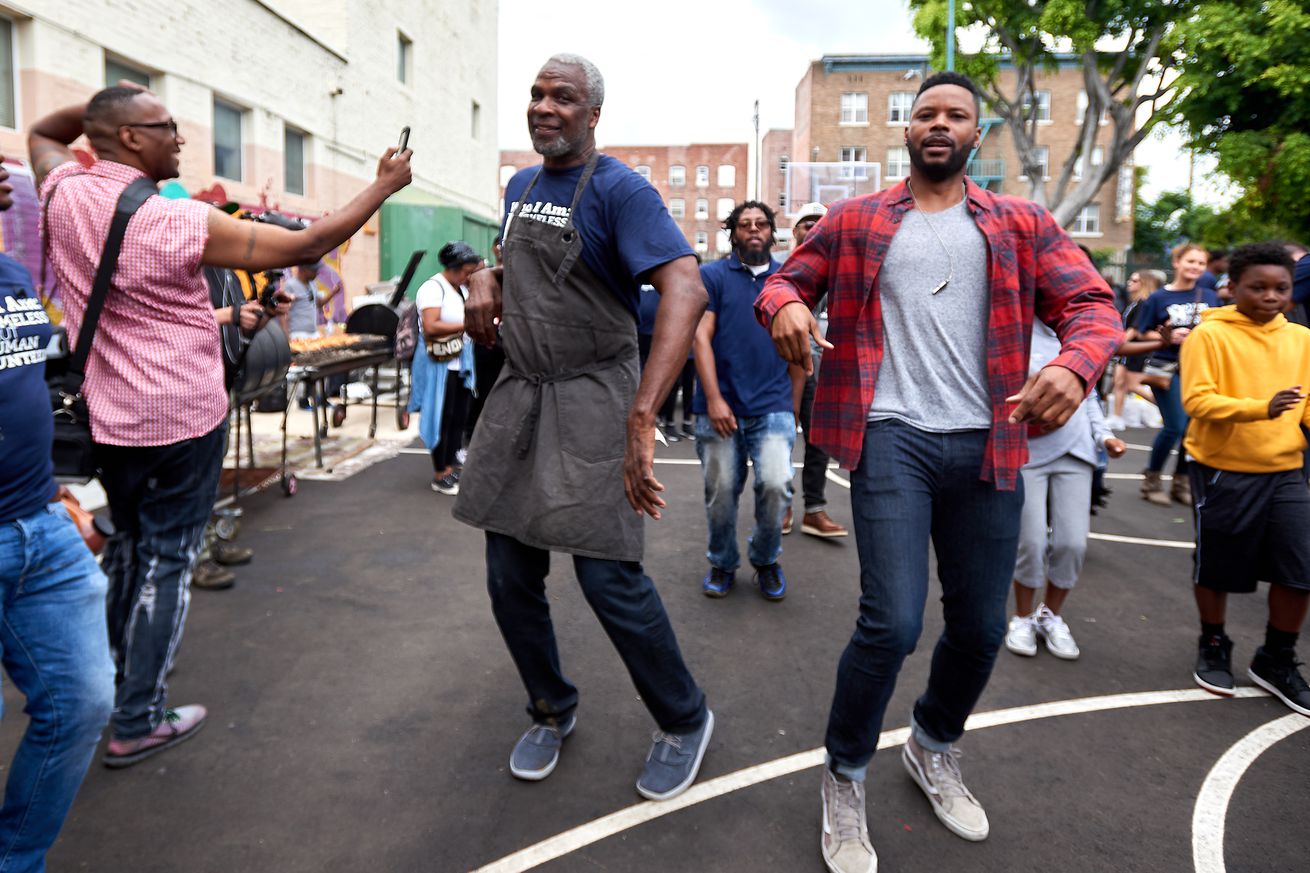 Photographic evidence that Oakley knows how to boogie. | Photo by Unique Nicole/Getty Images

A new frontier for Oak

Charles Oakley, a bruising brawler in his heyday who’s been involved in so many tussles that there’s a story online about the top 12 fights of his career, has landed himself a spot in the cast for ABC’s new season of ‘Dancing with the Stars.’

I can move on dance floor too
Tune in to #DWTS 9/14 and watch me prove it! @DancingABC pic.twitter.com/aUPAKbksDH

The appearance on DWTS may represent an opportunity for Oakley to get back in the good graces of Knicks fans, which haven’t taken too kindly to his weird new tendency to talk trash about undisputed-best-player-in-franchise-history Patrick Ewing. The Ewing slander is even stranger when you consider that Oakley was set up to forever be a Madison Square Garden martyr after James Dolan had him forcibly removed from the arena back in 2017. Just don’t talk smack about Ewing, it’s pretty simple.

Interestingly, here’s how the 56-year-old is referred to by DWTS: NBA superstar Charles Oakley (“The Last Dance”). That’s like calling Christopher Mintz-Plasse a Hollywood leading man for his role as McLovin in Superbad, or saying that BennyBuckets is a world-renowned novelist for his work on P&T.

In a lengthier bio posted on the DWTS website, Oakley’s time with the Knicks is highlighted. Here, see for yourself:

There have been plenty of athletes on DWTS in seasons past, but Oakley represents just the 7th former NBA player to try and tango. Here’s the list of previous ex-NBAers to seek dancing glory on the show: Clyde Drexler, Rick Fox, Metta World Peace, Derek Fisher, Lamar Odom and Kareem Abdul-Jabbar.

The first episode of the new season takes place on the same night as a potential Game 6 between the Los Angeles Lakers and Houston Rockets, so needless to say it’ll be tough to decide what to watch that evening.