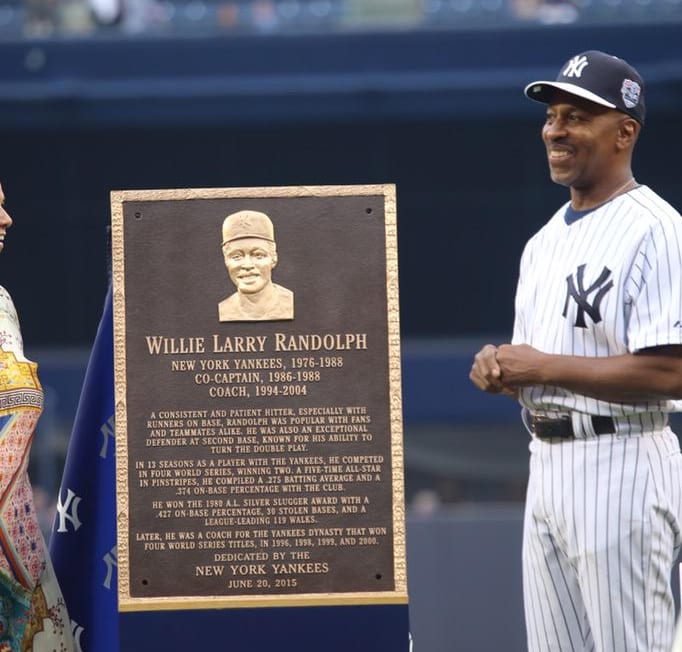 In the New York Yankees rich history of great players, are names like Babe Ruth, Micky Mantle, Whitey Ford, Joe DiMaggio, Derek Jeter, and dozens more.  Over the years, there have been standouts at every position.  2nd base is the one position that deciding the best ever, is the most difficult, because any one of the top four, you could call as number one for varying reasons.  For instance, Tony Lazzeri had the most hits and RBIs.  Robinson Cano had the most power.  Willie Randolph had the most plate appearances and the best WAR.  You get the idea, each had something about them that could be called the best.

The following is this humble writer’s picks for the top ten New York Yankees 2nd baseman:

Tony Lazzeri is the second longest-tenured  Yankee 2nd baseman.  Tony played 12 years for the Yankees from 1926 to 1937.  Tony’s defense at 2nd was stellar.  He had more hits than Willie Randolph and had the second-most home runs behind Robinson Cano.  Because he played so long ago, most Yankees fans never saw play.  He had 100 or more RBIs across seven years.  He scored 100 or more runs twice, and he had a batting average over .300 in five of his years.  He is my pick for number one.  It should be noted that All-Star games did not start until 1933, Lazzeri was an All-Star in the first-ever All-Star game.

Willie Randolph played 13 years at second base for the New York Yankees and had the most runs scored and the second-most most hits of 2nd baseman.  During his years he almost doubled the number of drawn bases on balls of other Yankees.  He drew 119 walks in 1980. Willie manned second base from 1975 to 1988. The only hole in his record that kept me from placing him first, is his low home run count.  Randolph was a six-time All-Star for the Yankees.

Robinson Cano could have been number one on this list if he had remained with the Yankees a few more years.  Although he wasn’t the best defender of all time, his power was greater than any other New York Yankee second baseman.  Over his nine years with the Yankees, he had 204 home runs. He also had the highest OPS of Yankee second baseman at .860.  He was a doubles hitting machine with 375 in his nine years between 2005-2013.  He was a five-time All-Star and received five Silver Slugger awards.

Joe Gordon is a bit controversial as he only played for the Yankees for seven years between 1938 and 1946, less two years while in the military.  The only reason that Gordon scores so highly on this list is his superlative play at 2nd and his home run power.  He managed 153, which is the highest per year of any other Yankee first baseman.

Richardson was probably the second most popular Yankee second baseman behind Willie Randolph.  Bobby was an eight-time All-Star during his entire career playing with the Yankees from 1955-1966.  He was also a Gold Glover five times proving his excellent defense of second base. During 1962 he had 209 hits which is amazing.  The hole in his career that puts him behind Joe Gordon is his inability to hit home runs, only 34 in twelve years.

McDougald would be higher on this list, but he shared duty at shortstop and at 3rd base.  He did spend a considerable amount of time at second and was a good defender.  McDougald spent all ten years of his career with the Yankees being an All-Star five of those years. Gil was Rookie of the Year in 1951.

Stirnweiss was a Yankee second baseman from 1943-1949.  Stirnweiss like McDougald shared his stellar defense with short and 3rd base.  He was on three World Series-winning teams and won the batting title in 1945 with 197 hits.

Mark Koenig is another New York Yankee that played more than one position, he played both second and third base.  He played for the Yankees for six years from 1925.  He had a .285 batting average during those years.  Although he played for twelve years his best years were with the Yankees.

Soriano had two stints with the Yankees, five years from 1999 to 2003, and from 2013 and 2014 when he retired as a Yankee.  Like so many Yankees, he was not an exclusive second baseman he spent time in the left field. While with the Yankees he batted .276 with 121 home runs

Martin played six years at second base for the Yankees while hitting .262 with only 30 home runs.  Martin was known more for his managerial career than his playing days.

Scott Brosius (1998-2001) Brosius just missed the list due to his short playing time with the New York Yankees, Mike Pagliarulo, a good defender but had a poor batting average, he did hit 60 home runs between 1986-7.  Joe Pepitone shared his play between second and first base. He was a top first baseman. DJ LeMahieu is a two year veteran with the Yankees, but if his play continues as his 2019 Silver Slugger campaign, he will surely find himself on this list in the years to come.

EmpireSportsMedia.com’s Columnist William Parlee is a member of the Society For American Baseball Research.  Follow me on Twitter @parleewilliam