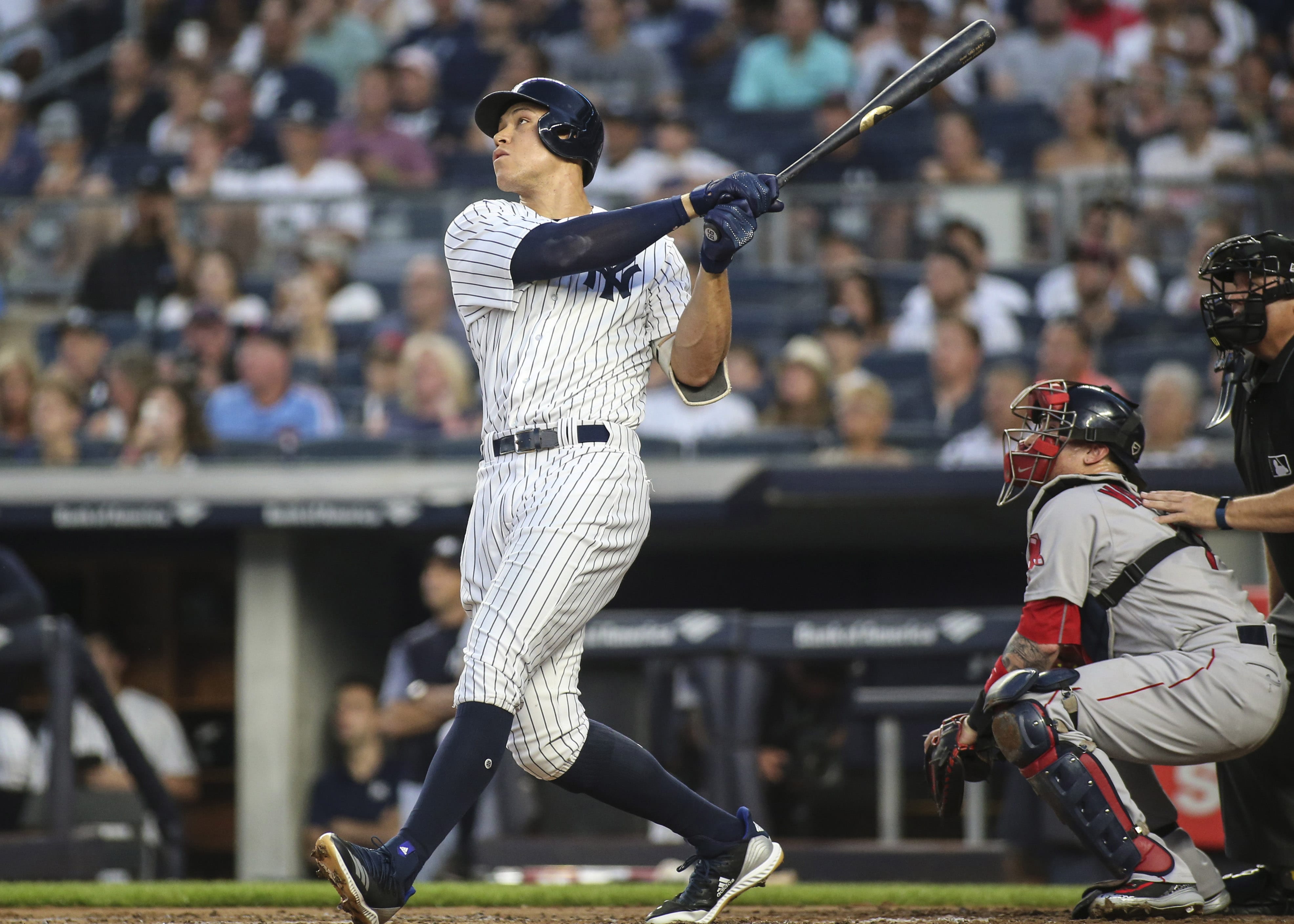 Today was supposed to be a day off for the New York Yankees, but a rainout on August 22nd facilitated today’s makeup game with the Minnesota Twins. The Yankees are coming off a loss to the New York Mets and going 3-12 in their last 15 games. The Twins were coming off a lost series with the Kansas City Royals.  Luis Gil was on the mound for the Yankees and John Gant for the Twins. In a game that went 10 innings, the Yankees got the walk-off 6-5 win.

Luis Arraez singled to right. Byron Boxton flew out to left. Jorge Polanco homered to right center, bring in Arraez. Josh Donaldson walked. Max Kepler struck out for the second out of the inning. Miguel Sano followed by getting the second run homer of the inning. Rob Refsnyder struck out. But Gil gave up four runs in the half. DJ LeMahieu led off for the Yankees and ground out to third base. Brett Gardner ground out to short. Aaron Judge walked. After the Judge walk, starter Gant was removed from the game with some type of injury; Luke Farrell replaced him. Giancarlo Stanton ground out to third to end the inning. Later in the game, Gants problem was determined to be a lower back strain.  Minnesota Twins 4 Yankees 0.

Gil faced Ryan Jeffers leading off the second inning; he fouled out to Luke Voit. Andrelton Simmons struck out swinging. Arraez flew out to Gallo as Gil rebounded for a 1-2-3 second. At the bottom, Joey Gallo struck out swinging. Luke Voit walked. Gleyber Torres ground into a double play to end the scoreless half.  Twins 4 Yankees 0.

Buxton led the third inning, who hit the Twin’s third home run, making this the ninth straight game that the Yankees have given up 5 or more runs since 1940. Polanco flew out to left. Kepler flew out to Gardner in center. At the bottom, Tyler Wade flew out to center. Kyle Higashioka struck out swinging. Finally, LeMahieu flew out to the right-field wall. Twins 5 Yankees 0.

Miguel Sano led off the fourth inning by going down on strikes. Refsnyder struck out swinging. Jeffers struck out as Gil struck out the side. At the bottom, Gardner ground out to short. Judge had a towering fly out to center. Stanton copied with the exact same out. Twins 5 New York Yankees 0.

Simmons led the fifth inning, who struck out for Gil’s fourth strikeout in a row. Arraez ground out to Wade at short. Buxton singled past third. Polanco flew out to Gallo in shallow left. Joey Gallo led off the bottom by laying down a beautiful bunt for a single. Voit faced new pitcher Kyle Barraclough and hit into a 5-4-3 double play. Torres flew out to center. Twins 5 Yankees 0.

Josh Donaldson led off the sixth and ground out to Wade at short. Kepler singled in front of Judge in right. Sano singled to left. Refsnyder struck out swinging. Jeffers flew out to center. Tyler Wade led the bottom of the frame, who worked a walk to lead off. Wade stole second. Higashioka flew out to right with Wade tagging and easily going to third base. LeMahieu got a sac fly to the right-field wall, Kepler made a great play, but Wade scored on the play.  Wade’s base running excels again. Gardner doubled up the middle. That ended the day for Barraclough. He was replaced by Tyler Duffy facing Aaron Judge, who rolled one to short to end the inning stranding Gardner. Mets 5 Yankees 1.

Andrelton Simmons led off the seventh inning against new Yankee pitcher Andrew Heaney; he tapped back to Heaney. Simmons ground out to Wade. Buxton went down swinging. At the bottom of the frame, Stanton struck out swinging. Gallo homered will into the bleachers in right-center. Voit ground out to short. Torres ground out to third. Mets 5 New York Yankees 2.

Polanco led off the eight with a soft bunt, Higashioka retired him. Donaldson was called out on strikes. Kepler walked. Sano singled to left. Refsnyder faced the new Yankee pitcher Albert Abreu with two on and two outs and ground out to third. The bottom was led off by Anthony Rizzo pinch-hitting for Wade and walked. Gary Sanchez pinch-hitting for Higashioka flew out to left. LeMahieu flew out to center. Gardner walked. With Judge coming to the plate, the Twins turned to closer Alex Colome. Judge as the tying run at the plate homered to right-center to tie the game at 5. Stanton went down swinging. New York Yankees 5 Minnesota Twins 5.

The final score was the New York Yankees 6, the Minnesota Twins 5. The winning pitcher was Clay Holmes and the loser was Ralph Garza Jr.  Judge’s three-run homer makes this one a storybook, Derek Jeter-like win.