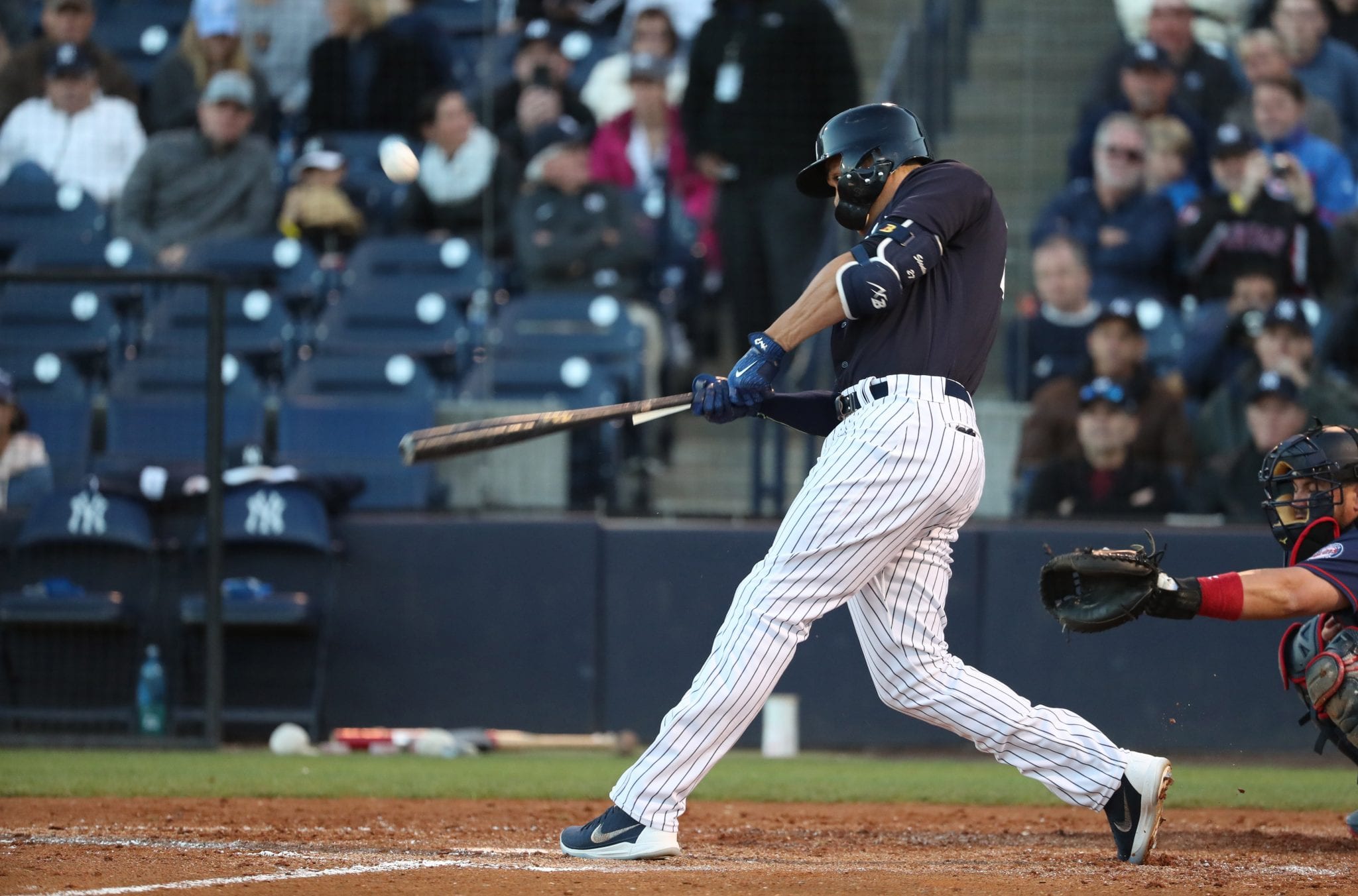 The New York Yankees Domingo German got through the third inning of spring training play without giving up a run.  In his second inning last night,, he gave up a single but struck out Wolters and got a double play in the inning to remain perfect in spring training.

In the bottom of the second, Gary Sanchez struck out. Dietrich, who is competing with Tauchman, and Bruce, took to the plate and popped up to the infield. Last night Miguel Andujar got his first chance in the outfield and outran a throw to first for a single. But DJ LeMahieu was retired on a double play. The game remained scoreless through the second inning.

In the third, German remained on the mound and ground out Cruz. Followed by a ground out of Olivia, and a Kramer strikeout, for five perfect innings in spring training. German’s dominance was unmistakable. The Yankees remained with a 1 run advantage until the Yankess half of the third inning. Giancarlo Stanton had a monster 420 foot home run with two on base and it was 4 nothing Yankees. Gleyber Torres took to the plate and went back to back with a long ball of his own for the Yankees five run lead. Urshela lined out for the first out of the inning, Gary Sanchez singled and that was a roll-over inning (opposing team elects to go on to the next inning with two outs). That was the end for starter Anderson.

The game remained the same until the top of the sixth inning. But in the Pirates sixth the Pirates came alive scoring five runs, Jared Olivia homered off of Justin Wilson and Brian Goodwin also homered off of Wilson with three on base and just like that in a matter of minutes the game was tied at 5 apiece. At the seventh Chad Green struck out 3 Pirates batters. Michael King took over for the New York Yankees in at the top of the eighth inning pitching a clean inning. In the bottom of the frame the Yankees brought another run across the plate, Cederlind came unraveled in the eighth. After a single, a hit-by-pitch, and a walk loaded the bases, infield prospect Ezequiel Duran drew a walk, pushing Mike Ford across the plate for the one run lead. King finished off the ninth scoreless, and that was the game, the Yankees 6 and the Pirates 5.

The winning pitcher was Michael King and the loser was Blake Cinderland. The good news in the game was that Dimingo German was almost perfect again, this time pitching three innings and allowing just one hit, walking none while striking out 3 Pirates hitters. Darren O’Day and Chad Green made their spring training debuts pitching scoreless innings. Giancarlo Stanton and Gleyber Torres homered in the game.  The very bad news was that Justin Wilson gave up five runs in one third of an inning for an ERA of 108.00. The Yankees also went 1-10 with men in scoring position.

In spring training the win and loss record means nothing but it is interesting. In the Grapefruit League the Yankees are in the middle of the pack with a 5-4 record. Miami leads the league with a 4-1 record and the Houston Astros hold down the losing end of the scale with a 2-5 record. In the Cactus League the Kansas City Royals are on top with a 8-3 record (they also played the most games), and the Chicago White Sox, one of the teams that did the most in the offseason to improve their team are at the bottom with a record of 1-6.

Tomorrow the New York Yankees play the Philadelphia Phillies at 1:05 pm away at BayCare Ballpark. The Yankee starter will be ace Gerrit Cole and he will face Aaron Nola. The game will not be televised for Yankees fans, but Phillies fans can watch it on NBCSP+ in Philadelphia.