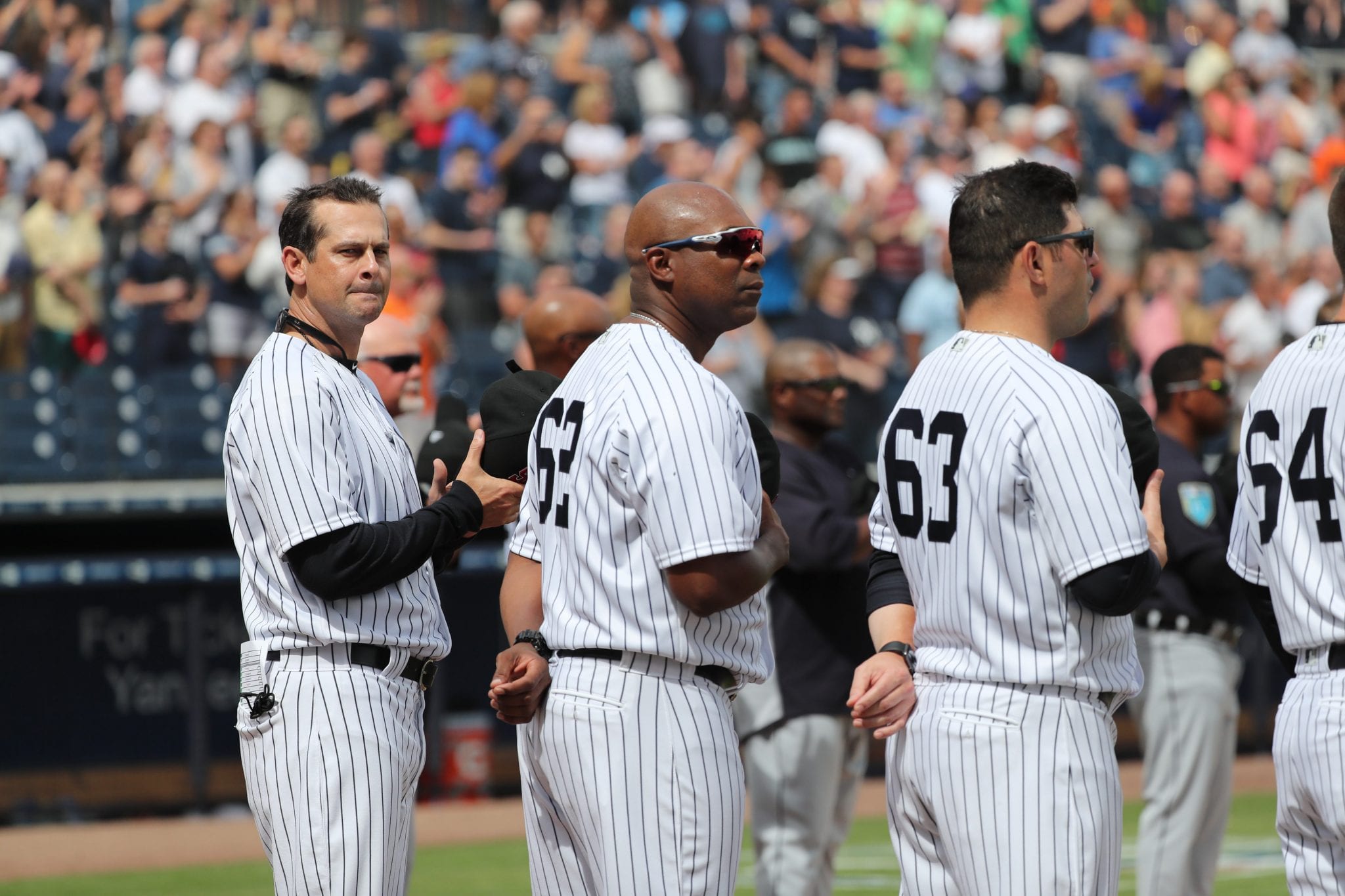 The New York Yankees are licking their wounds after another early exit from the postseason. Even the most ardent Yankee fans looking deep into their souls knew that this team, with the way it played all season, didn’t deserve to be in the postseason as much as they wanted them to. The Yankee organization has many problems to address and decisions to be made. Here are two areas that they must examine.

Yankees need to rid themselves of Marcus Thames

It’s time for the Yankees to part ways with hitting coach Marcus Thames and assistant hitting coach P.J. Pelilttere. After losing in the postseason again, it’s effortless to start the blame game this time of year, but these two guys who coach the hitters have to go. They have not done their job. If one or two hitters weren’t hitting, you could blame those hitters, but when the problem is team-wide, you have to look to the coaching staff.

If there was one glaring deficiency with this team all season long, the Yankees did not consistently hit the ball, going through prolonged droughts that resulted in far too many games that the Yankees only scored three runs or less. At the end of the season, that stat stretched to 67 games with many when the Yankees only scored one or two runs. But, again, we are not talking about a low talent team; these are quality players that are not performing.

I can’t speak to the details of what’s wrong in the hitting department because I am not privy to what goes on in the coach’s room, but there is certainly something wrong. It could be that the coaches can’t motivate the players, or it could be the hit for the fence’s mentality. You can indeed win games with home runs, but you will win many more if there are men on base.

These coaches can’t seem to get hitters to hit for contact; the home runs would follow if they could do that. Again, if it was one or two players, you can blame the players, but you can’t blame all the players and not hold the coaches responsible. Even hitting stars Aaron Judge and Giancarlo Stanton had doughts in their hitting between long balls. DJ LeMahieu, who led all of baseball in 2020, dropped 100 batting points this season, and the coaching staff in 162 games couldn’t resolve that problem. Gleyber Torres, who hit 38 homers in 2019, could only muster up 12 long balls in two years. The coaching staff has not been able to solve his lack of power.

All season long, Yankee fans kept saying what’s wrong that this powerful lineup can’t hit the ball. Even manager Aaron Boone couldn’t come up with any answers, constantly saying we have to get better. You also have to consider that neither of these coaches have particularly distinguished hitting careers in their own right. This writer doesn’t have the answers, but a shakeup of the coaching staff seems in order.

The principal defensive deficiencies actually are only one. The New York Yankees, compared to other teams, are center-soft. Center soft means they don’t have star players playing up the middle; they have no shortstop, an error-ridden second baseman, and no dependable center fielder. Compare that to the rest of the AL East. You have stars like Wander Franco, Brandon Lowe, and Kevin Kiermaier for the Rays. The Red Sox have Xander Bogaerts, Christian Arroyo, and Kiki Hernandez. The Blue Jays have Bo Bichette, Marcus Seimen, and George Springer.

This discrepancy is not only in the AL East either; every other strong contender has star players up the middle, but not the Yankees that keep moving players unfamiliar with those positions around. The Yankees need to move Gio Urshela back to third base and DJ LeMahieu back to second before they ruin those players as they have done with Gleyber Torres.

Lastly, New York Yankee owner Hal Steinbrenner has to open up the funds to get a star center fielder. Although I love veteran Brett Gardner, his time has passed. Although his baserunning and defense are as good as ever, his arm has not been as good, and he is a liability at the plate. And if the Yankees think that Aaron Hicks will ever be a healthy, dependable option in center, they are living a pipedream. I am clueless as to why they ever extended his contract. Hicks stinks of Jacoby Ellsbury and Greg Bird.

EmpireSportsMedia.com’s Columnist William Parlee is a member of the Society for American Baseball Research. Follow me on Twitter @parleewilliam.

The post New York Yankees Analysis: One problem to fix and one to get rid of appeared first on Empire Sports Media.