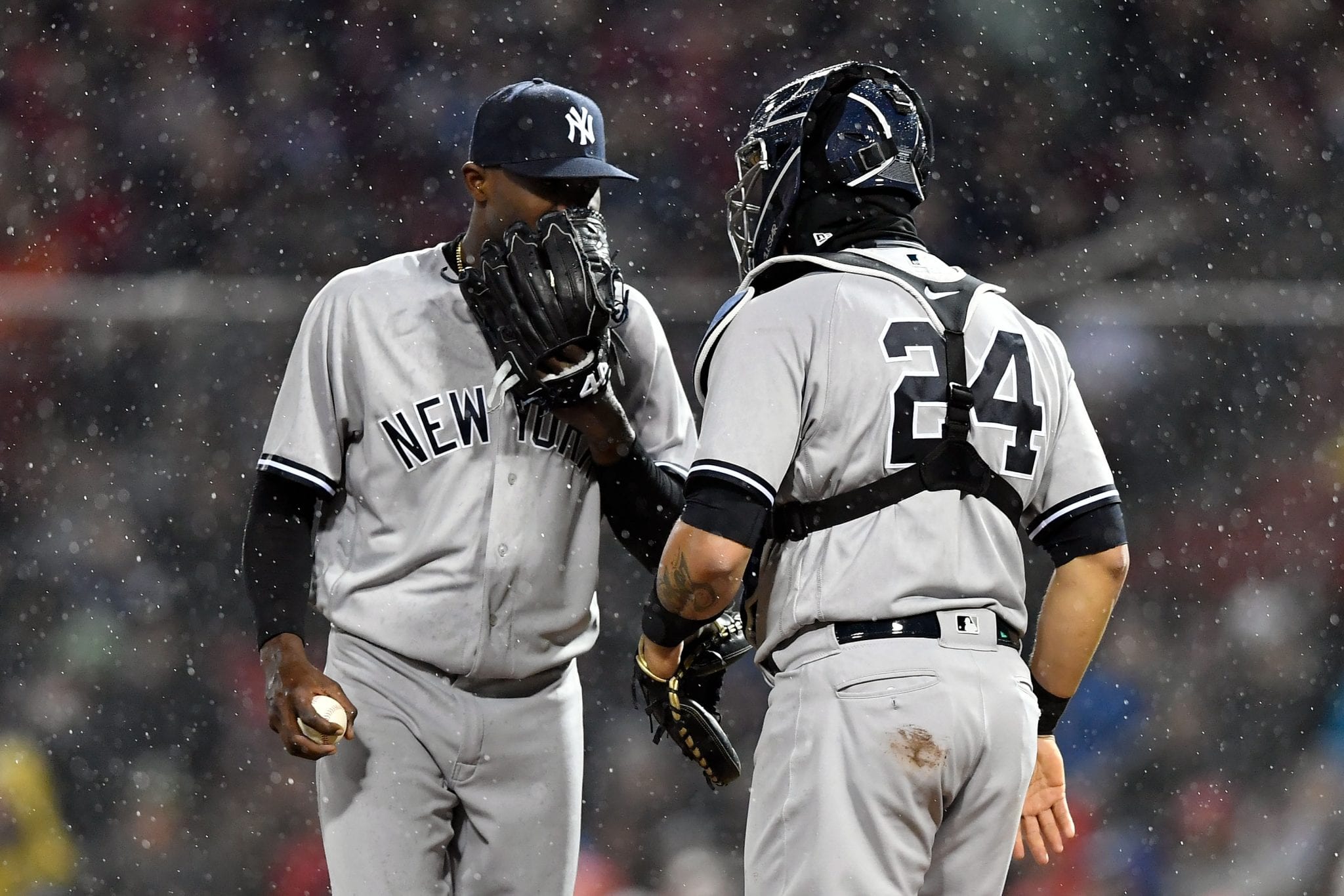 Baseball has been relatively kind to the New York Yankees so far in spring training. Two big things are prominent, the Yankees have no major injuries to key players, and the pitching of pitchers that have not pitched in awhile has been better than good. At this point in spring training, which is only a week old, things look pretty good for the Yankees. The Miami Marlins lead the pack so far with a 4-1 record, the Yankees are in the middle of the pack with a 3-3 record. But the bottom line is that wins are irrelevant in spring training; it’s all about evaluating the players for the regular season and building up the players to take on a 162 game season.

Here’s a look at the Yankees’ spring training so far; keep in mind that this is just a tiny sample.

Domingo German has only started one game in spring training, but he looked outstanding in his two innings pitched. He didn’t allow a run and had only one hit, with no walks and 4 strikeouts, that 18 strikeouts per nine innings. So far, of all Yankees pitchers, he looks the best. Before his suspension, he was 18-4 during the 2019 season. It’s early, but so far for the New York Yankees, German looks very encouraging.

Kluber has only pitched one inning in the past two years but is a 2 time Cy Young Award winner. If he can return to his previous form, the Yankees have another ace on their hands. Kluber seems healthy, and in his two innings, he looked good, allowing no runs while striking out 3 hitters. He also has not allowed a hit.  Although the sample is small, this is another encouraging sign for the Yankees.

Taillon is coming back from his second Tommy John surgery. The Yankees picked him up in a trade with the Pirates. So far this season, he pitched in relief in one game, and for an inning, he allowed no runs; he faced three batters striking out one. Yesterday he had his first start in the first inning; he put away the Pirates. In the second inning, he had a good test; he allowed two singles and walked the bases full. Taillon worked out of trouble and has not allowed a run in spring training.

Gerrit Cole so far has not started the season as he would have wished. Cole has not been allowed to pitch to his personal catcher in spring training, not in a bullpen session or in this one inning start. His ERA is 9.00. In his game with Gary Sanchez catching, he had three hits with a run scored and only one strikeout. Last season the ERA with Higashioka compared to Sanchez was demonstrative.

Simply put, Garcia got hammered in his lone start. He gave up two runs in two innings of work for an ERA of 9.00. The good takeaways are that he struck out 3 hitters of the eight he faced and did not allow a walk. He was a victim of the long ball. Garcia made his major league debut last year and is contending for a rotation spot this season.

LeMahieu last season batted .364 and was the batting champ for all of baseball. During the offseason, he signed a six-year deal with the New York Yankees. So far in spring training, he has picked up where he left off last season. He is batting .500 4 hits in eight plate appearances.

We all know that Gary Sanchez had a horrible season last year, batting only .147. The Yankees are looking for a major rebound this year to the kind of player he has the potential to be. So far, the signs are encouraging, he has performed well catching and has a home run to his credit in every four plate appearances. The power is definitely there.

Torres is another player that had a subpar season last year. Torres has been in four games for eight appearances at the plate and has a home run to his credit. He is batting .500. He had only 3 home runs in all of last season. So far, there have been no issues at shortstop. The Yankees hope he will bounce back to his All-Star form.

Urshela has had limited playing time so far this spring training. He has had no hits in his two times at the plate. But the good news for Urshela is that there appear to be no lingering issues resulting from his elbow surgery.

Bruce and Dietrich were offseason pickups for the Yankees. Both are in contention for a place on the bench, and both are making the best of it. Bruce has three hits, one a double, and is batting .750. Dietrich has a home run and 2 RBI’s, and a 1.833 OPS. They will be competing with the likes of Tyler Wade and Mike Ford, so far they are winning the challenge.

If there is any bad news, it’s that the big three, Judge, Stanton, and Voit, haven’t performed as they warmup for the regular season. Judge is batting .250 with 2 doubles in 9 plate appearances. Stanton, who was so hot in the postseason, has gotten no hits in his 4 times behind the plate. Luke Voit, last year’s baseball home run leader, is batting just 1.11 in 9 at-bats with no home runs.

All in all the New York Yankees are in pretty good shape entering their second week of spring training on a route to a 28th World Championship.