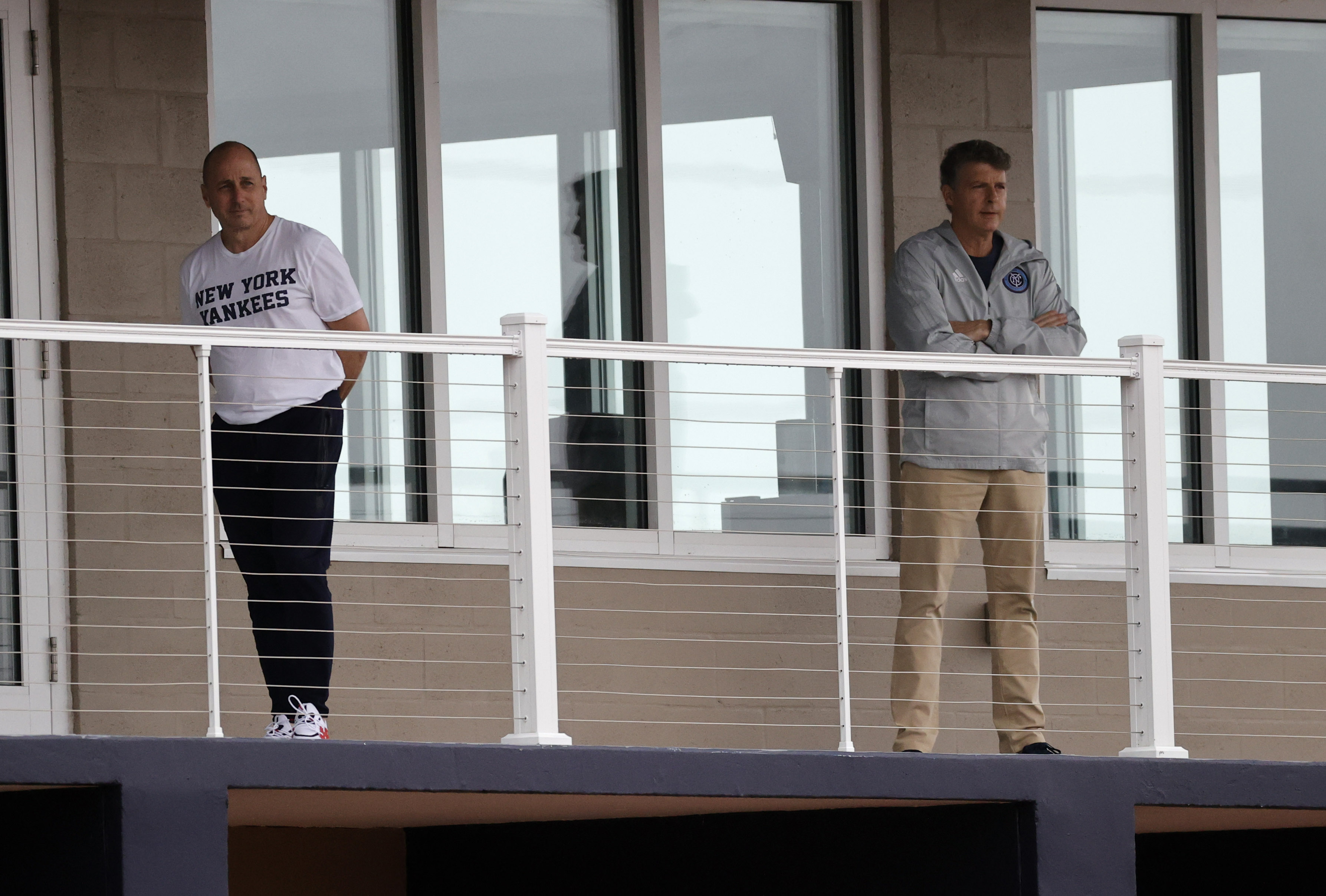 I haven’t watched that many Yankee games this season and I am only going to my first game of the year in person tonight, to see Game 1 of the Subway Series at Yankee Stadium. Even so, I still think I’ve watched more games than Hal Steinbrenner has! Because if he did actually watch this team, or care about them, he wouldn’t be so blase about their underachieving ways, as he was in yesterday’s Zoom call with the media.

Look, I get it. Not everybody is a baseball fan, even if you grew up with your father owning the New York Yankees. But after over a decade being in charge of the team, it’s very clear that Prince Hal doesn’t have the passion for the Yankees that he does for things like weather reports and flying a private plane. (And you have to wonder about somebody who grew up during the time of Thurman Munson’s plane crash who would take up flying as a hobby, but I digress. #daddyissues)

Anyhow, Hal hasn’t spoken in public since last fall, after the end of yet another disappointing postseason, about the team he purports to run.

Recently, sportswriters in NYC, most notably Bill Madden and Bob Klapisch, were asking when Prince Hal was going to say something about the state of the Yankees, especially given them being swept by the Red Sox at Fenway last weekend. (Not to mention the worst loss of the year, against the Angels Wednesday night.)

So Hal finally spoke to the media yesterday. Sadly, my invite to the Zoom event got lost in my spam filter. (That’s my story and I’m sticking to it!) So I didn’t get to ask any questions. But here are my thoughts on what Hal had to say:

He seems about as convincing at being angry about the Yankees as I would at trying to pretend to care about Doctor Who (which is to say, I don’t care, at all!) Hal said this to the media:

“I’m aggravated, frustrated, angry,” he said. “But that’s not going to push me into a knee-jerk reaction to get rid of somebody that I believe the players respect, want to play for, want to win for and overall has done a good job keeping that clubhouse together through this difficult three months.”

Where, exactly, is the evidence that the players love and respect Aaron Boone that much? Do they play super-hard for him? Not make sloppy mental errors? Not get swept by the Red Sox — twice — this year? Seem like a well-oiled machine, with all working together? No.

Under Joe Girardi, they were one game away from the World Series, but he lost his job because Cashman and Steinbrenner didn’t think he’d get this team to the Promised Land.

But unlike in 1996, when Joe Torre got the Yankees over the hump Buck Showalter didn’t, not only did the Yankees not get any further in the playoffs under Boone, but they have regressed, especially in the last two seasons. The Yankees were 33-27 last year and are 41-39 this season. They would have to go 54-28 in order to win 95 games. Any chance of that happening with this team?

Boone seems like a nice enough guy, but what, exactly, does he bring to the table here that no other manager could do? Saying “obviously” a lot in pressers? Agreeing to be Cashman’s puppet?

And is it really “kneejerk” to talk about a change in leadership, given that Brian Cashman has been GM since 1998 and has one ring since Bill Clinton was president, despite all the payroll advantages the Yankees have, yet Cashman has better job tenure than the Pope. Same with all the Yankee coaches. Must be nice!

“Doing a kneejerk reaction to appease this person or that person in the middle of the year when I really don’t think there’s a problem, that’s certainly something I’m not I’m gonna do.”

The Yankees are in fourth place but Hal doesn’t think there’s a problem? Then what is he angry and frustrated about? That’s how bad he is at this. He can’t even pretend to care about anything but his pocketbook.

He isn’t like his father, and don’t you forget it. For about the gazillionth time, Hal emphasized to reporters that he is not his father’s son when it comes to patience with the team:

“I think what people forget is it often times didn’t help, didn’t work,” Steinbrenner said of his father’s sweeping changes. “And oftentimes, quite frankly, he was criticized for it.”

I wish some older reporter would have reminded Hal that without The Boss replacing Billy Martin with Bob Lemon in 1978, that the Yankees would never had won the World Series.

Look, nobody is expecting Hal to fire people willy-nilly. But Hal is so afraid of sounding like his father — not to mention fear of being criticized — that he has gone the other way.

Hal believes the buck stops…over there, with the players, not him or the front office! I saw somebody point this out on Twitter and I thought that summed up what Hal said well. He said the following, essentially absolving himself. Cashman, Boone, and the coaches:

“Make no mistake about it, the majority of the responsibility lies with the players,” he said. “They’re the ones on the field. They’re a group of very talented professional athletes that are playing this game at the highest level in the world. They need to fix this problem, because everyone — including our fan base — has had enough.”

I have been following sports since before Reggie was a candy bar, and I can’t ever remember an owner throwing players under the bus like that. But Hal is so clueless, he doesn’t even realize that this is out of the ordinary!

And if you really believe if it’s the players’ fault, don’t people like the GM, who put this team together, and the manager, whose job it is to motivate the team, and the coaches, who are tasked with strength and conditioning and making sure they know the fundamentals, also share some blame as well?

Oh, but that would mean Hal would have to hold them accountable, and even fire people, and people might criticize him, so he just pretends we’re all as gullible as those reporters who regurgitate this nonsense.

“Everybody on the coaching staff has dealt with these players in the past. Nobody’s working harder than the coaches,” Steinbrenner said. “And the most important thing to me, always, any given year, is that the players respect the coaches, believe in the coaches. And that’s absolutely the case here.”

What’s his evidence of that? Show your work, Hal!

Hal even had the nerve to talk about this when it came to the Yankees having a team-only meeting the other day. (Wait a minute, was that meeting common knowledge?)

“Peers holding other peers accountable is, in my belief, the most effective type of meeting that can occur. We all can share the blame, but the majority of the blame lies with them.”

How many meetings has Hal been part of in his life where he was part of a team, and not the dilettante owner afraid of his own shadow? You’re not exactly Stephen Covey when it comes to effective habits, dude.

But if it is only the players’ job to hold themselves and each other accountable, what do we need coaches or a manager for at all? Let’s get rid of them all, Hal! 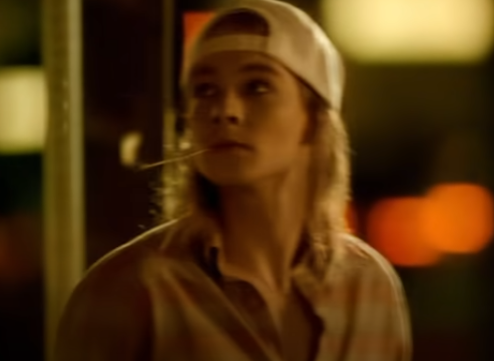 Note to Hal Steinbrenner: Your welcome to the jungle was over a decade ago. Act like it.

Hal is still trying to pretend like he just took over the team. Hal is 51 years old — nine years older than George was when his father purchased the Yankees — and Hal has been running the Yankees since the Bush 43 administration. Yet Prince Hal is still acting like he is like Axl Rose fresh off the bus, wheat between his teeth, in the “Welcome to the Jungle” video.

When asked about possibly going over the luxury tax, Steinbrenner claimed, “This is not a question I get much, because we’re normally always over it.” and argued, “Although I have a small track record, I do have a track record,” referencing going over his self-imposed salary cap to sign Masahiro Tanaka. What is he talking about? He’s been running the team for close to 14 years now! And the Tanaka signing was nearly eight years ago!

Because Hal has no passion or feel for his job, and literally got it because he is the son of George Steinbrenner, he doesn’t have the confidence to fire people, even when they are not performing, and even when the fans have had enough.

And he’s gotten away with it, thanks to a mostly compliant press, and the recent lack of fans due to COVID-19, and the Mets being the other, more dysfunctional team in town. But now even media members are starting to question him, the Yankees are in fourth place (and the Red Sox and Mets are in first!)

Most importantly, the Mets have Steve Cohen, a new owner who not only is willing to open up his wallet, but enjoys bantering with the fans on Twitter. Can you imagine Hal doing that?

As much as I hate to say it, the only way Hal finally changes is if it starts hitting him in the pocketbook with lack of attendance and ratings. And if there is something earth-shaking like another Red Sox-Mets World Series (blech, I know!) Otherwise, Hal will continue to keep on doing what he’s been doing, and we Yankee fans will keep on getting what we’ve been getting! Oh, joy.