Who:  The Seattle Seahawks vs the Indianapolis Colts.

Where:  Lucas Oil Stadium, Indianapolis, IN.

When:  1 PM Eastern, Sunday, September 12th. TV: FOX. Kenny Albert and Jonathan Vilma are on the call. For once, I don’t anything negative to say about the announcing crew. I mean, they’re ok I guess.

Why the Colts will score more than the other guys:

My initial reaction is “well, they ain’t,” but this is no place to be saying things like that. There are valid reasons for concern, though: 1) I don’t know if Reich takes it too easy during training camp because it’s his style or if he knows the inevitable crushing injuries will derail the team during the season or what, but they’re consistent slow starters. It’s year 4, this is not just an outlier. 2) The pass defense. I’m not saying Eberflus is a total zero, but again, it’s year 4 and this pass D hasn’t proven much when it matters. I will be more than happy to be proven wrong. Show me. 3) Rona. I’m not going to tell anyone what to do, but am willing to bet the team loses an important player or two because of Rona exposure. 4) The Ginger. He has a lot to prove.

Random trivia that would be so much better if Google didn’t exist: The Seachickens are the only team to have played in both the AFC and NFC Championship Games.

Also, on this day in 1976, Seattle played their first regular season game, a 30-24 loss to the then St. Louis Cardinals. The Cardinals rushed for 281 yards that day. Run the damn ball?

We all have our idiosyncrasies, and Seattle coach Pete Carroll is well known for his nervous habit of gum chomping during games. He prefers Bubble Yum, and goes through about 15 pieces – which I believe is 3 packs, good lawd – a game.

After a scoreless first quarter – nerves, man – each team scores two TD’s in the second quarter. A 22 yard score by Jack Doyle gives the Colts a 14-7 edge near the break. With 31 seconds left in the half, Seattle reels off a 5 play TD drive that is bolstered by a 15 yard facemask penalty against TJ Carrie, who’d just been beaten on a big gain to Tyler Lockett. Just like that, we’re tied at the half.

The 3rd quarter is all Seattle. They tally twice during the quarter, first on a 27 yard kick by Jason Myers, then later on a 3 yard TD reception by DK Metcalf. The Metcalf TD is set up by a Carson Wentz interception in Colts territory. Seattle possesses the ball for 10 minutes of the quarter, while the Colts manage just one first down. Not good.

Early in the 4th, Seattle calls a run play towards the sideline. Kenny Moore brings down Carson, as the two make contact with Carroll, who didn’t react quickly enough to get out of the way. He’s ok, but gets up looking around like he lost something.

On their next drive, Wentz and the Colts finally get back into a rhythm. A 9 play, 68 yard drive ends with Mo-Alie Cox snaring a 4 yard scoring pass. It’s 24-21.

The defense forces a 3 and out, and Lucas Oil is rocking as the Colts take over on their 32 with 6:52 left.

Rigoberto Sanchez boots one deep, so Seattle will start at their own 25 with a bit over 2 minutes remaining. Russell Wilson vs. Matt Eberflus with all 3 timeouts plus the 2 minute warning? If you’re feeling confident, Colts fans, don’t be.

After Wilson hits Metcalf with a 33 yard strike, and a 4 yard run by Carson, Seattle faces a 2nd down from the 1 with just 26 seconds (and a time out) remaining. Obviously, Seattle is going to try and sneak it with Wilson, or hand it to Carson, who’s gained 102 yards and scored a TD, right?

But no, Wilson tries a quick hitter to Metcalf and it’s picked off by Kenny Moore. I can’t believe they didn’t run the damn ball, but who cares? Colts win!

On the sideline, Moore attempts to give the ball to the equipment manager for safekeeping, but it goes awry. After a bit of a struggle, Moore goes sprawling backwards. FOX video notes the appearance of what appears to be a piece of gum on Moore’s glove.

And now you know the rest of the story.

No, not the band with gems like “Gone Away” and “Come Out and Play.” The author asked his youngest why the Colts would score more than the other guys, and was given this: “Because baby horses are cuter than baby seahawks.” I can’t argue.

The author just scored a really good gig, so let’s pour one out in celebration. I don’t care if your drink of choice contains alcohol or not, do it for me.

One thing I need to mention is almost all of these articles are based off something that really happened. In this case, I hope the ending sounded familiar, but if not, it was a re-telling of Super Bowl XLIX, where Pete Carroll should’ve given the ball to Marshawn. And yes, Tom Brady really did go 9 for 9 on the eventual game winning drive.

I would tell you more about Emily, but Colts dot com either hasn’t updated cheer bios or doesn’t do them anymore. Either way, here’s Emily showing off more athletic ability than all of us combined. I hurt myself just looking at this. 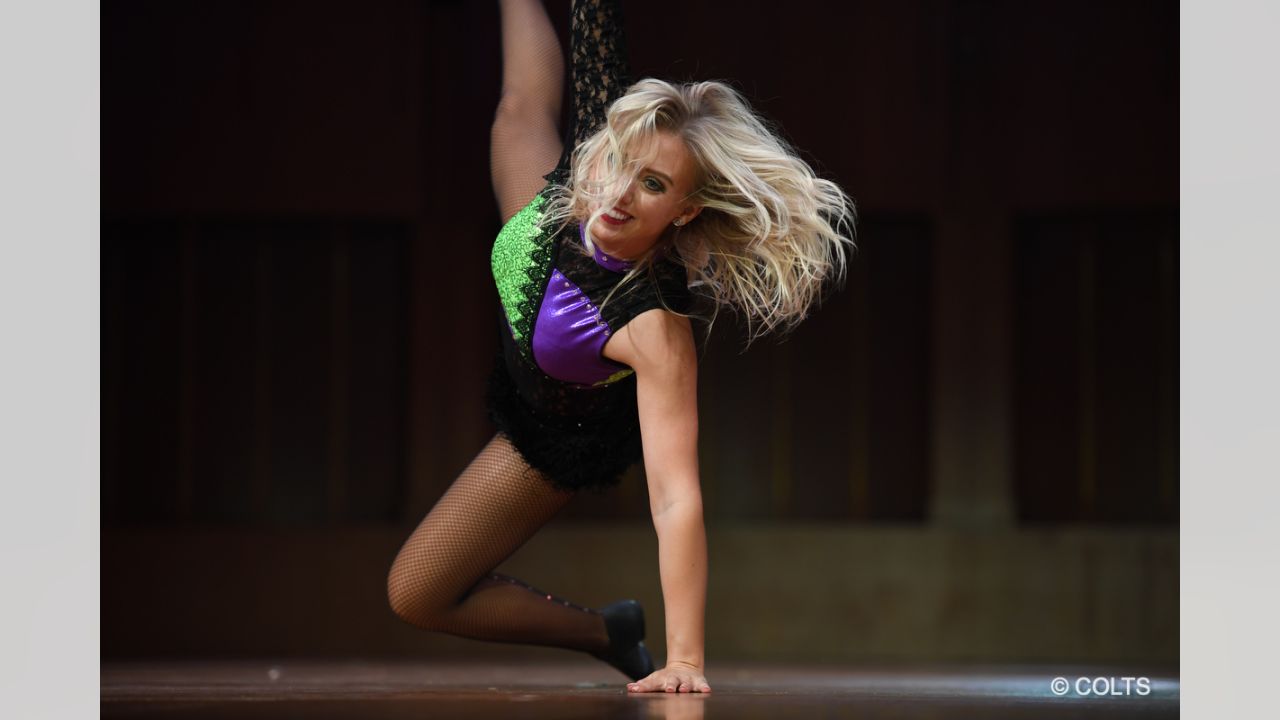 It feels good to be back, Colts fans.