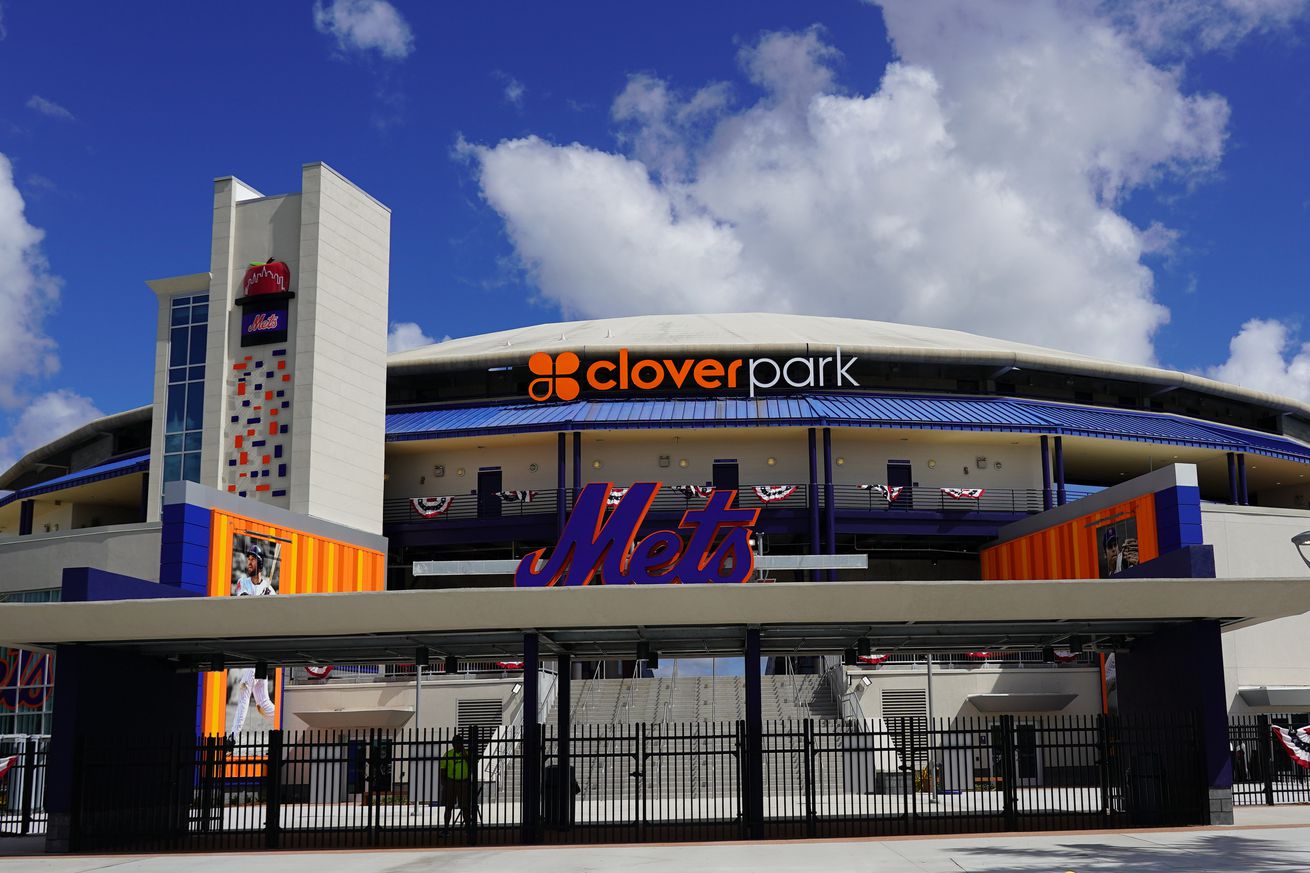 Next up on our trip is Port St. Lucie, home of the St. Lucie Mets!

Given St. Lucie’s recent emergence, baseball in the city only goes back a few decades. In 1988, the Mets moved their Florida spring training complex to the city from St. Petersburg in a decision that puzzled many. At the time, the area was still so desolate that Florida-native Doc Gooden had never even heard of the city. Explanations ranged from conflicts with the St. Lucie Cardinals, who they shared facilities with in St. Petersburg, to Nelson Doubleday wanting to be closer to his winter home in Hobe Sound, but in the end, it was a simple matter of economics. “They made us an offer we could not refuse,” according to Doubleday. “No, we don’t own any land over there. They came to us. They would build us a complex, and we would have all our training facilities in one place.” The cost to the Mets? Nothing. In order to woo a major league club, the city of Port St. Lucie, along with private contractors, were willing to build any team that would come a $6 million complex, and the Mets jumped at the chance.

Fully funded by taxpayers, the St. Lucie Complex initially included eight practice fields, a clubhouse and a stadium with 5,000 seats. According to Andy Kaplan, the first general manager of the team, “The Mets made up a dream list and got everything they could have wanted. Most complexes are designed by architects instead of baseball people and they don’t know about little things. Look, the catchers’ lockers are twice as big as the other lockers, and they’re nearest the dugout so a guy can get ready quicker if the manager says to go in and catch.” He added, “The Class A guys, when they move up from here, are going to feel like they’re taking a step down until they get to the big leagues.” Over the years the complex went through various upgrades, including an extensive upgrade over the 2019 offseason, at the cost to the Florida taxpayers of $57 million. The improvements were extensive, adding to and physical upgrading the stadium, fields, and clubhouses, and famously sparked controversy when it was reported that the minor leaguers playing for St. Lucie would not benefit from many of these upgrades.

The stadium has gone through a number of name changes over the years. From 1988 until 2004, it was Thomas J. White Stadium, named after the real estate developer who owned the firm that built the complex. In 2004, it was renamed Tradition Field, named after the 8,300 acre planned community nearby that was being developed. In 2010, it was renamed Digital Domain Park, the stadium’s naming rights being purchased by Digital Domain, a visual effects and digital production company. Digital Domain was sold to venture capitalists following financial problems in the late 2010s and after the 2012 season concluded, the Mets announced that Digital Domain would no longer have naming rights. The temporarily named “Mets Stadium” reverted back to being Tradition Field just in time for the 2014 season began, and it remained that until 2016, when naming rights were sold to First Data, a financial services company. The stadium operated as First Data Field from 2017 until 2019. In February 2020, First Data was acquired by Fiserv, who changed the stadium’s name to Clover Park, named after their proprietary POS system.

In 1995, Slider the Dog became the official mascot of the St. Lucie Mets. An anthropomorphic dog, Slider enjoys the Mets, baseball, dancing, playing fetch, and dislikes cats and losing. In 2013, he left St. Lucie and moved to Kingsport, where he became the official mascot of the Kingsport Mets. Slider was replaced by his cousin, Klutch. Also an anthropomorphic dog, Klutch has rooted on the St. Lucie Mets ever since. Like his cousin, Klutch likes baseball and dancing, but also enjoys making public appearances. He dislikes rain delays, road trips, and bad umpires. He is energetic and has a passion for entertaining and pumping up the crowd. He is known all around Port St. Lucie for his charming wit, good looks, and spontaneous dance moves that he can break out in an instant.