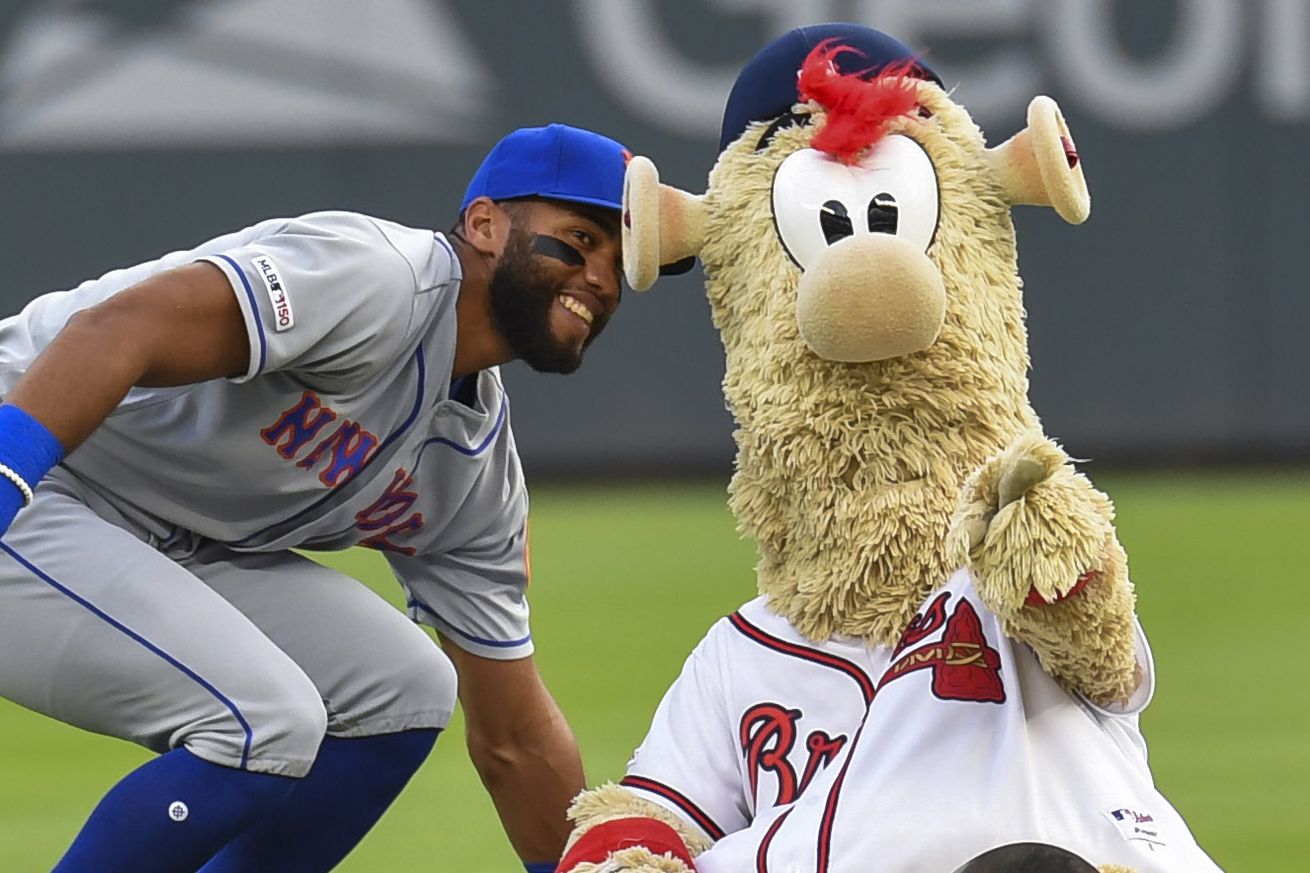 Lots of interesting, funny, idiotic, and insightful things were said by the Mets—and about them—recently. Here are some of our favorites.

“You can’t count on the other team walking six guys but in this case, they just didn’t make their pitches.” –Michael Conforto [MLB]

I completely wish that every Met opponent can’t find the strike zone.

“You never want to wish that on anyone.” –Brandon Nimmo [MLB]

It worked out but probably should have put on a take sign at some point in that situation.

“I don’t think we put even one take sign on. I think we just did a great job of being patient, and doing what it took to score some runs.” -Mickey Callaway [MLB]

“I was bad out there. That’s all there is to it.” –Jacob deGrom [New York Post]

Personally, I’d be terrified of my next start but maybe that—and that fact that I cannot throw a baseball—is why I’m not a major league pitcher.

“It was just an embarrassing day for me. It’s one of those ones that you just forget, and look forward to your next start.” –Zack Wheeler [MLB]

Love anonymous scout statements that lead with ‘to me’ and continue to say something fucking obvious.

“And then [Wheeler would] over-compensate and you’d see him yank the ball wide to the glove side. He was able to clean it up a little for a couple of innings, but then he lost it again. To me that was a bad sign, that he couldn’t hold it together after he’d gotten into a little bit of a rhythm.” -Scout [SNY]

Further proof that being a professional baseball player is such a weird job is that ‘everybody gets in the shower’ is said so nonchalantly.

“There’s a lot more just talking about the things that we’re doing right and the things we need to get better at [in the Mets new pre-series meeting]. Especially with how long the season is, it’s easy to just kind of go through the motions: after a game, win or lose, everybody gets in the shower, eats and gets out of here. To break it up a little bit and spend a little bit of time discussing what’s going on. … I think that’s a refreshing thing.” –Michael Conforto [MLB]

“And he hit one to the moon and the place absolutely went berserk. That was really cool to see.” -Pete Alonso [MLB]

“That attitude is infectious. Never count us out. Like the Mets’ saying is, ‘Ya gotta believe.’” Pete Alonso [MLB]

“To see it hit the water, like, wow. That’s cool. I kind of surprised myself, to be honest.” -Pete Alonso [Tim Healey]

This is truly the best Met thing of the season.

“[In the video, Pete Alonso and Dominic Smith appear to be delirious with joy. Alonso has just hit his first major league home run, and his most direct competitor for playing time jumps up and down as Alonso returns to the Mets dugout. They high-five and holler. The moment went viral.

“Dom started the inning!” says Alonso a week later, referring to Smith’s pinch-hit leadoff single. “I wouldn’t be put in that position if a bunch of guys didn’t have quality at bats in front of me.”

Finally they settled for just screaming, “Hell yeah!” at each other. Smith had been double-switched in and would be taking over first-base duties. “Lock this down!” Alonso encouraged him. “I got you, Pistol!” Smith replied.” -Stephanie Apstein [SI]

Got to respect Mickey’s realism when he only said our starters are as good as the Nats and ignored every other aspect of baseball.

Honestly, I’m surprised this isn’t something that teams do.

“[The entire Mets roster and coaching staff will meet prior to the first game of each series.] It’s just furthering our communication. It’s something that’s not done in Major League Baseball. You don’t have a lot of meetings. And we wanted to make sure that we’re not only having meetings when things are going bad. They can expect communication every day. And I think it’s something that has been effective.” -Mickey Callaway [MLB]

I assume Mickey’s resume is incredible because the way he pumped up Corey Oswalt’s Long Man/Mop Up Duty was impressive.

“The way things have been going lately, when we’re down, we need to hold it closer. We feel like Corey [Oswalt] can come in and maybe throw two or three innings and do just that. The way we’re swinging the bats, especially late in the game, we have to keep these games a little bit closer so we’re in striking range. And we feel like that’s going to be his role for now.” -Mickey Callaway [MLB]

Unpredictable Injury Timetable: Lowrie is already a True Met without an AB.

“Emotionally, it’s been the hardest two months of my career because of all the external circumstances. I’ve come back from injuries before, but this time it’s been more unpredictable. It’s been a little bit of a roller coaster. As long as I’m progressing, that’s all that matters.” –Jed Lowrie [New York Post]

‘He assumed people would think I’m a criminal’ says a moron who spent jail time for grand theft auto.

“Ron Darling conveniently went after some very easy targets in his book. He told unsavory stories about two dead guys who can’t respond: Gary Carter and Mets radio announcer Bob Murphy. And then there’s me. He assumed people would think I’m a criminal and believe the flat-out, ridiculous lie. He should have known better.” -Lenny Dykstra [New York Post]

No Context Met Quote of the Week

Everyone wish this big goober a happy birthday @JeffMcNeil805 pic.twitter.com/QbPKtx26xZ

SiteBot FacePalm of the Week

“Don’t let d’Arnaud in the stadium for another deGrom start Preferably don’t let him in the stadium again this season, period. But I’ll settle for having him stay home on the days 48 starts.” –EagleinPA

AA Quote of the Week

“What adjective best describes Jay Bruce, the person? “You ever go to the store to buy one banana?” Bruce asked with a semi-straight face. “No, you buy them in bunches. That’s usually how homers come.” (from the article linked in the MMN above) He’s like if 10 dads fused together” –Reflect