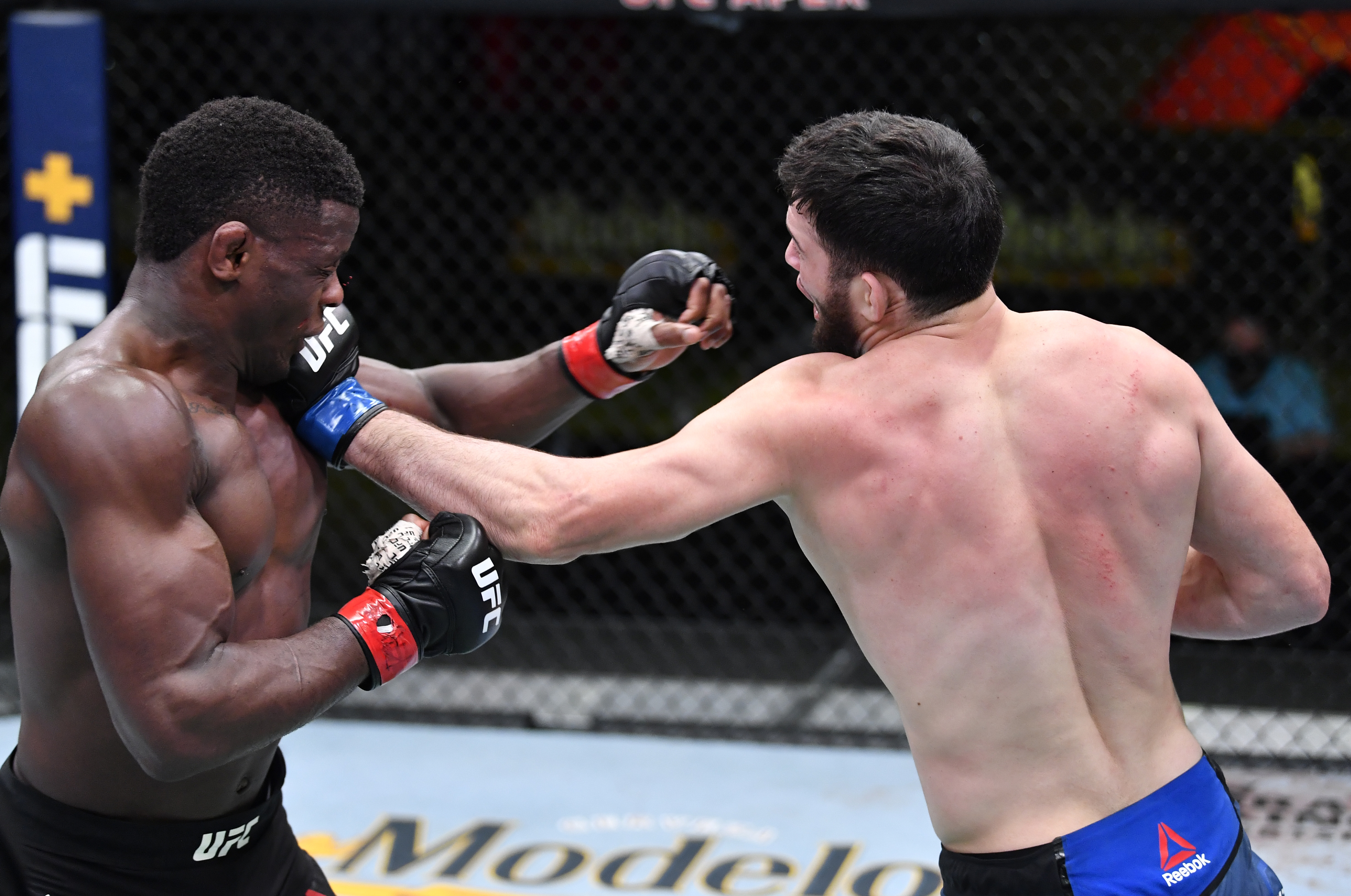 If you look at the style of fighter that Heinisch has faced in the UFC, none of them look anything like Imavov. He’s faced a lot of stockier boxer-wrestler types that tend to push forward and have hit him with some big double legs. That’s part of why you see such low output numbers for Heinisch if you look on FightMetric. However, Heinisch is a guy who prefers to move forward himself and can let go with the hands fairly regularly (when he isn’t being countered by a takedown).

That aggression and overall game plan could help him against a lot of guys who prefer to kickbox. This is especially true since he has decent offensive wrestling in his own right. Imavov is not one of those kickboxers I expect him to have success against though. He keeps range really well with his footwork and his lateral movement makes it hard to pin him to the cage. His counterstriking is top notch and he has plenty of power to put someone away. I expect Imavov to use that range to frustrate Heinisch all night and to tag him if he gets reckless.