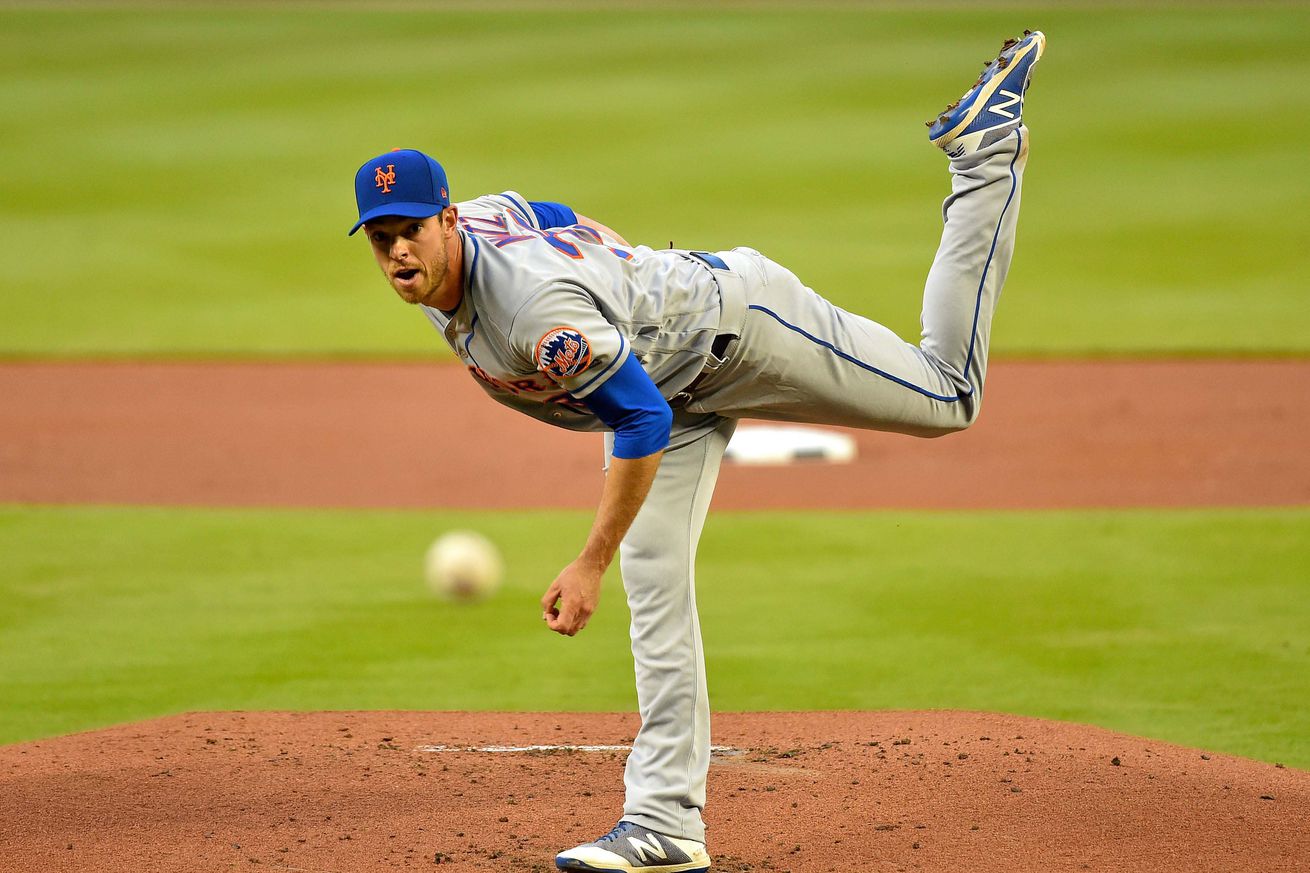 Early innings notwithstanding, Matz is off to a solid start

Things looked rocky for Steven Matz in the second inning on Thursday, as he followed a laser home run to Johan Camargo with a walk to Tyler Flowers. But something clicked for the Mets’ lefty and he set down the next 13 straight batters, on his way to a solid six innings and a win.

Matz has been a difficult player to pin down throughout his career, as he is generally quite good, though rarely dominant, and always with the wild card of injury casting its shadow. Coming off his first healthy season in the majors, expectations were high for the 27 year old and so far, albeit in a small sample, he looks ready to meet them.

In his three starts this year, Matz has a deGrominant 1.65 ERA, striking out over 10 batters per nine innings (a nearly-elite mark which is the best of his career) while walking under three. He has allowed just two home runs, a feat of achievement in this year’s home-happy environment, and his home run rate is his best since 2016. His 1.041 WHIP is the best mark of his career by far and demonstrates just how clean his games have been.

What Matz has shown the ability to do so far that bodes best for his season is recover from difficult early innings. Four of his five runs allowed this year were in the first two innings, along with four of his five walks and all of his extra base hits.

The downside of these early slogs is that it has limited his ability to go deep. You’d like to see a pitcher with these numbers hitting the seven innings mark at least, but Thursday was his first time completing the sixth inning all season. In fairness, it is early in the season and Mickey Callaway was certainly erring on the cautious side when he pulled Matz at 73 pitches in his first start, but overall, it’s the clearest room for improvement for Matz as he continues through the season. That might be a question of a different warm-up routine or a different mix of pitches early, and the Mets have plenty of pitching smarts contained in the coaching staff to address such a specific challenge.

With early results like these, it’s always tempting to look for signs of regression and it is of course exceedingly unlikely that Matz will keep his 1.65 ERA all season. His FIP is not surprisingly twice as high, but even that 3.28 mark is still quite impressive and points to the overall improvement he’s showing in every facet of the game. His batting average on balls in play is likely to increase as his strand rate decreases. But the ground ball rate will certainly help protect him from the rash of home runs affecting all of baseball right now. And it’s easy to see his improved control reflecting in an even better walk rate as the season wears on.

With his rotation mates putting up performances that range from just fine to seriously scary, it’s been a pleasure to watch Steven Matz setting himself up for a potential breakout season. It’s been a long time coming.