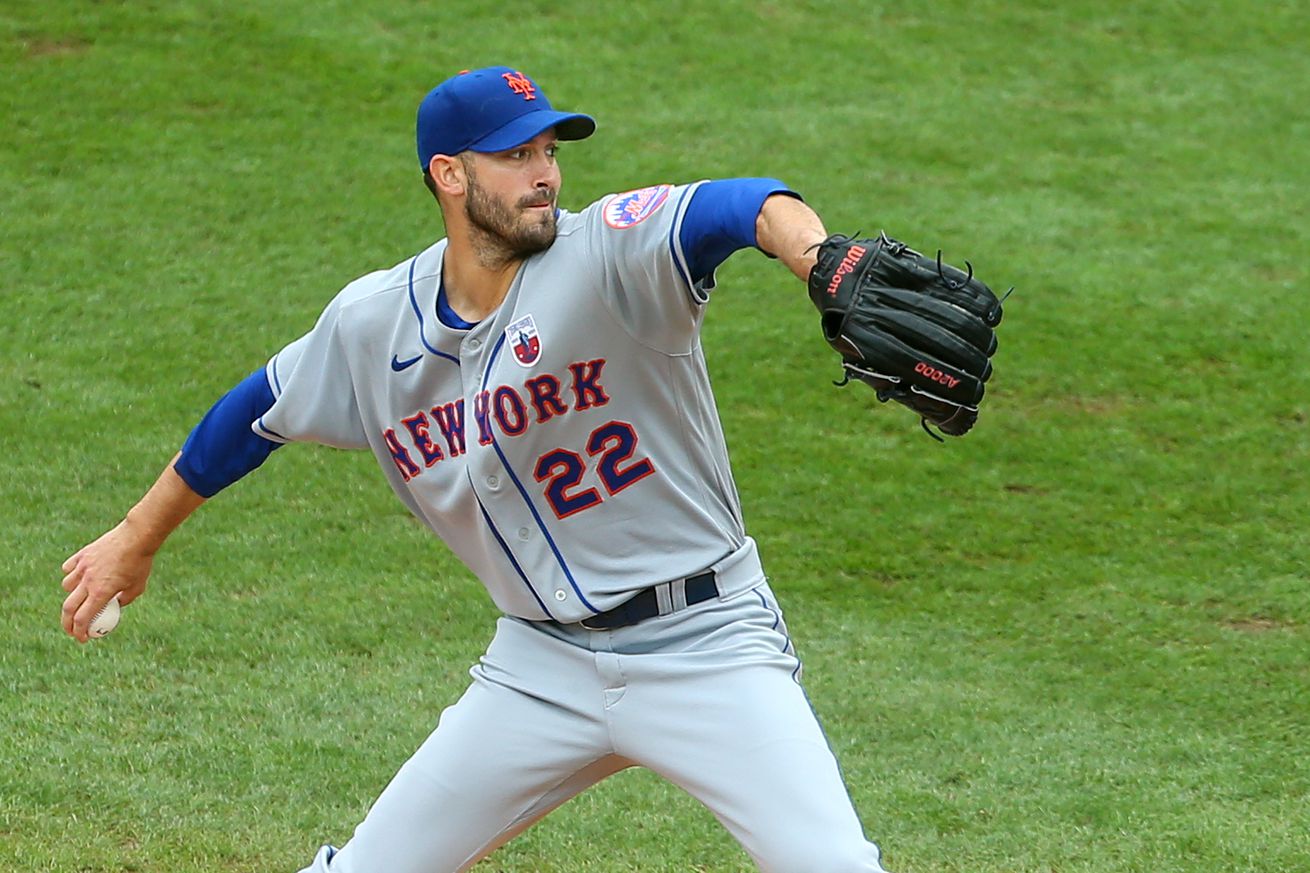 The Mets also announced some additional roster moves ahead of their series with the Marlins at Citi Field.

Mets manager Luis Rojas revealed the team’s rotation for the next two days following a five-day break after the two positive COVID-19 cases that halted play for the club.

Rick Porcello will take the mound in game one against the Marlins, which kicks off in just over two hours, with Seth Lugo making his long-awaited return to the rotation in the nightcap. The team had inserted Lugo back into the rotation in place of Steven Matz prior to the layoff, and tonight’s appearance will represent his first start since the 2018 season.

Jacob deGrom, who pitched the team’s last game on Wednesday, will go tomorrow night. Despite pitching tomorrow instead of tonight, Rojas did not rule out the possibility that deGrom could pitch against the Yankees this weekend, which would have to be on short rest. Following their four games in three days against the Marlins, the Mets will travel to the Bronx for five games over the weekend, include two doubleheaders.

When asked about Matz, Rojas did not commit to whether he would be used as a starter or as a reliever during this grueling stretch of nine games in six days. He did clarify that the left-hander would not be available out of the pen today. Beyond deGrom, the rest of the week is still TBA. Michael Wacha and David Peterson, who are each on the IL, threw bullpen sessions yesterday and could potentially factor into the team’s plans.

On top of the rotation news, the club also announced some additional roster moves prior to the start of their four-game set. The team has placed Andres Gimenez and Tomas Nido on the injured list for undisclosed reasons, and recalled catcher Pat Mazeika and familiar friend Juan Lagares from the alternate site. Additionally, the team will use catcher Ali Sanchez as the 29th man for tonight’s second game.

Additionally, the team’s coaching staff will look different for now, as both third base coach Gary DiSarcina and bench coach Hensley Meulens are not with the team for undisclosed reasons. Tony DeFrancesco will be the acting third base coach today, with Brian Schneider serving as bench coach and quality control coach.